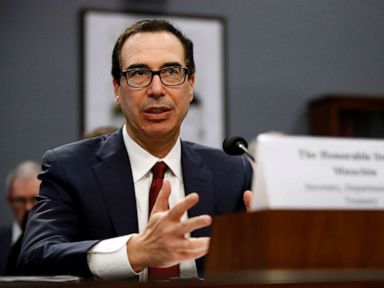 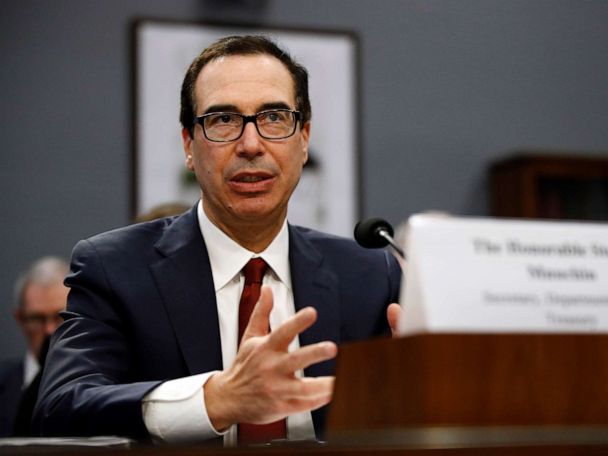 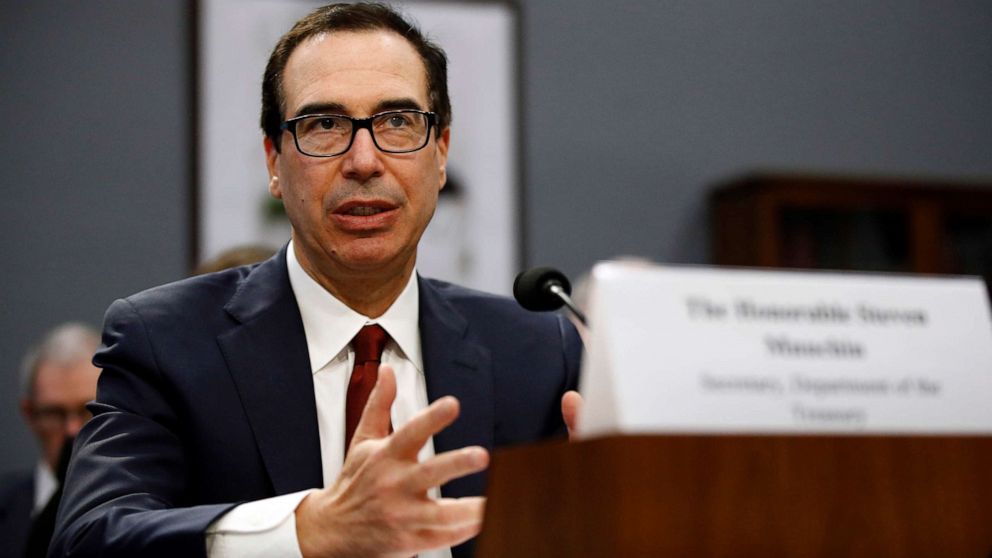 Another deadline to turn over copies of President Donald Trump’s tax returns is expected to pass again Friday, the latest in a series of requests the administration has ignored in its oversight showdown with congressional Democrats.

The House Ways and Means Committee subpoenaed the treasury secretary and IRS commissioner on May 10 for six years of Trump’s tax returns after Treasury Secretary Steven Mnuchin continued to defy Democrats’ request, which dates back to early April.

The subpoenas follow Democrats’ demand for the information under an obscure 1920s-era provision of the tax code requiring that the treasury secretary “shall furnish” requested tax information to Congress.

Earlier this week, Mnuchin accused congressional Democrats of “weaponizing the IRS” by trying to obtain Trump’s tax returns and suggested the battle may ultimately have to be decided by the courts.

“First of all, we haven’t made a decision, but I think you can guess which way we are leaning on our subpoena,” Mnuchin testified Wednesday. “To the extent that we don’t and there is litigation, I take great comfort that there’s a third branch of government to deal with this important issue.”

As the showdown between the administration and congressional Democrats drags on, House Speaker Nancy Pelosi explained the prospect of inherent contempt on Thursday, though she refused to endorse a path forward for Democrats seeking to hold uncooperative administration officials accountable.

“This is one of the possibilities that is out there. I’m not saying that we’re going down that path. I’m just that is not to be excluded. Nothing is off the table,” Pelosi told reporters at her weekly news conference in the Capitol. “So an inherent contempt, you send the subpoena, they don’t honor it, then you hold them in contempt. And if they do not comply, then you can fine them, and then you can hold them accountable for money that you fine them.”

As the process drags on and a lengthy legal fight appears unavoidable, Pelosi also expressed doubt over the legality of the GOP’s campaign arm covering legal expenses of uncooperative officials.

“For people who work in the federal government or in the administration who now are having to hire lawyers, who’s paying for that? The Republican National Committee, the president says? Well, that’s interesting. Is that even legal? I don’t know,” Pelosi said. “It doesn’t seem to bother them whether it is or not.”

But as the Democratic base clamors for action, Pelosi warned Democrats not to get ahead of the process.

The president’s lawyers and the White House are expected to challenge the move and have argued that the Democrats’ request does not serve a legislative purpose, an argument the administration made in its rejection of Democrats’ initial request.

House Ways and Means Chairman Richard Neal has explained that the request was made to determine whether IRS audits and enforcement of the federal tax code of sitting presidents need to be codified into law.

Mnuchin has denied congressional Democrats’ request for six years of Trump’s personal and business tax returns, writing that the request “lacks a legitimate legislative purpose” and therefore the department is “not authorized” to release the returns.

The administration has already ignored three deadlines set by Neal, and the issue is likely to eventually proceed to federal court, much like the administration’s lawsuit seeking relief from a congressional subpoena for the president’s financial records by the House Oversight and Intelligence committees.

Neal first wrote IRS commissioner Chuck Rettig on April 3, citing his legal authority to review the documents, and then doubled down on his demand April 13. Neal has contended that he needs to review Trump’s tax returns “in furtherance of consideration … of legislative proposals and oversight related to our federal tax laws, including, but not limited to, the extent to which the IRS audits and enforces the federal tax laws against a president.”

Mnuchin wrote Neal on April 23, announcing he would supervise the administration’s response to the committee’s and that the Treasury Department was in consultations with DOJ on the issue. His letter began laying out grounds on which to refute the request, citing what he maintained are the constitutional limits on the legislative branch’s authority to conduct oversight.

Mnuchin contended the request was “a pretext for exposure,” predicting that Neal would eventually seek to publicly release the documents, citing statements by other Democrats.

Democrats requested Trump’s personal tax returns under a 1924 provision of the tax code saying the Treasury secretary “shall furnish” any individual’s tax return information to the chairs of three congressional committees “upon written request.”

Trump broke with modern precedent as a presidential candidate in 2016 when he refused to release his returns and has continued to do so while in office. Most presidents since Richard Nixon have voluntarily released their tax returns, but it’s not required by law.

The House Judiciary Committee voted to hold William Barr in contempt of Congress on May 8, and Pelosi has threatened to jail Trump administration officials, including Barr, in the basement of the Capitol if they do not cooperate with the legislative branch’s efforts to conduct oversight on the executive branch.

Democrats may package contempt resolutions together for multiple administration officials, including former White House counsel Don McGahn, whom the president has blocked from turning over documents, and Mnuchin over his denial of the request for the president’s tax returns.