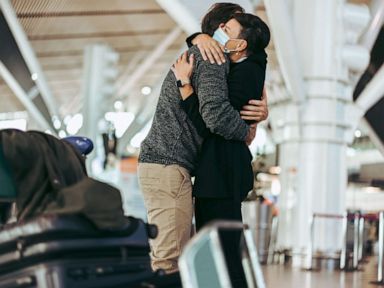 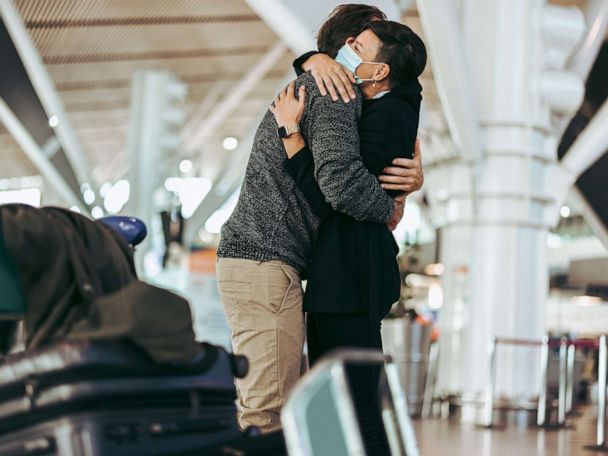 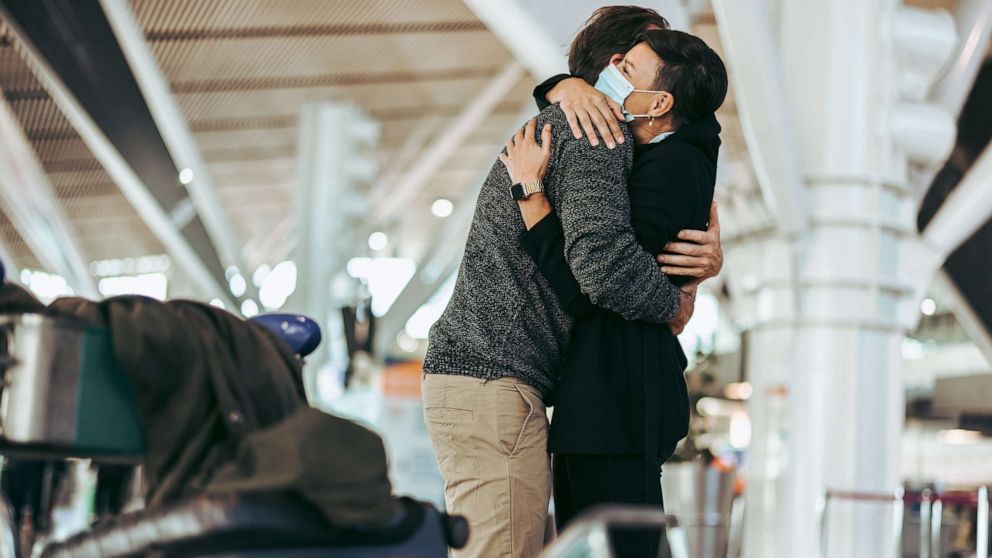 LONDON — The U.S. is reopening borders to vaccinated travelers on Monday after 20 months of being closed to many countries, including the United Kingdom, Brazil, China, India, South Africa and most of Europe.

After a number of stops and starts, President Joe Biden announced the date for the resumption on Oct. 25.

“I have determined that it is in the interests of the United States to move away from the country-by-country restrictions previously applied during the COVID-19 pandemic,” the White House said in a statement.

Many travelers communicated their excitement at the news, some prepping for their big trip back weeks in advance. A group of Twitter users is even planning on celebrating together in London’s Heathrow Airport Monday morning before their flight.

The travel ban was first put into place by former President Donald Trump in March 2020, briefly lifted when he left office, then reinstated by Biden.

Many couples communicated their frustration and despair online, rallying around the Twitter hashtag #LoveIsNotTourism.

Christin Bell and Josh Hague met in the summer of 2019, when Bell was traveling from her hometown of Fort Wayne, Indiana, to England. They would travel back and forth across the Atlantic every six weeks to see each other, but found themselves separated by the travel ban.

“[Initially we thought] this is just temporary, because at first it was,” Bell told ABC News. “This is going to be 60 days and then we’ll be through it. Well, 60 days quickly turned into two years and we struggled.”

As the U.K. relaxed its travel restrictions, Bell was allowed to visit Hague six months later, but he was still forbidden from coming to the U.S., unless he spent two weeks quarantining in a country not included in the travel ban, such as Turkey or Mexico, something that was not possible for them financially.

“Americans could travel pretty much wherever they wanted. Yet, family members of Americans could not travel, and that was extremely frustrating,” said Bell.

In January, as the COVID vaccine was distributed on both sides of the Atlantic, the ban was kept in place, with the Biden administration stating concerns about the delta variant.

“With the pandemic worsening and more contagious variants spreading, this isn’t the time to be lifting restrictions on international travel,” White House press secretary Jen Paski said in January.

Many speculated that Biden might lift the ban after the G-7 conference the summer, but the White House reiterated their position in July 2021, despite mounting international pressure.

“The American travel ban on Europeans felt much more arbitrary and also allowed for much less exceptions. … It reinforced the feeling that the American passport is stronger than the European passports,” Celia Belin, a visiting fellow in the Center on the United States and Europe at Brookings Institution, told ABC News.

On Oct. 20, in the midst of a spat with France over a submarine contract with Australia, the Biden administration announced it was lifting the ban on vaccinated travelers.

“[The announcement] came on the back of a very difficult summer transatlantically for Joe Biden,” Belin told ABC News.

Belin added that lifting the ban, which only applies to vaccinated travelers, still excludes many countries where the vaccine is not yet easily available or recognized by the U.S. The administration is also working through a backlog of visas, which were halted during the ban.

“The day that the ban lift was announced … we just looked at each other and cried with joy that it was finally ending,” said Bell.

Bell and Hague got engaged the day before the ban was lifted, and are now planning their wedding in the U.S.

“We can actually go forward and plan our life together instead of sitting in this excruciating limbo,” Bell said.

Musk: I'll sell 10% of Tesla stock based on Twitter poll

Mon Nov 8 , 2021
Tesla shares slumped about 5% in premarket trading after its CEO Elon Musk said he would sell 10% of his holdings — about $20 billion worth — in the electric car maker based on the results of a poll he conducted on Twitter By The Associated Press November 8, 2021, […]