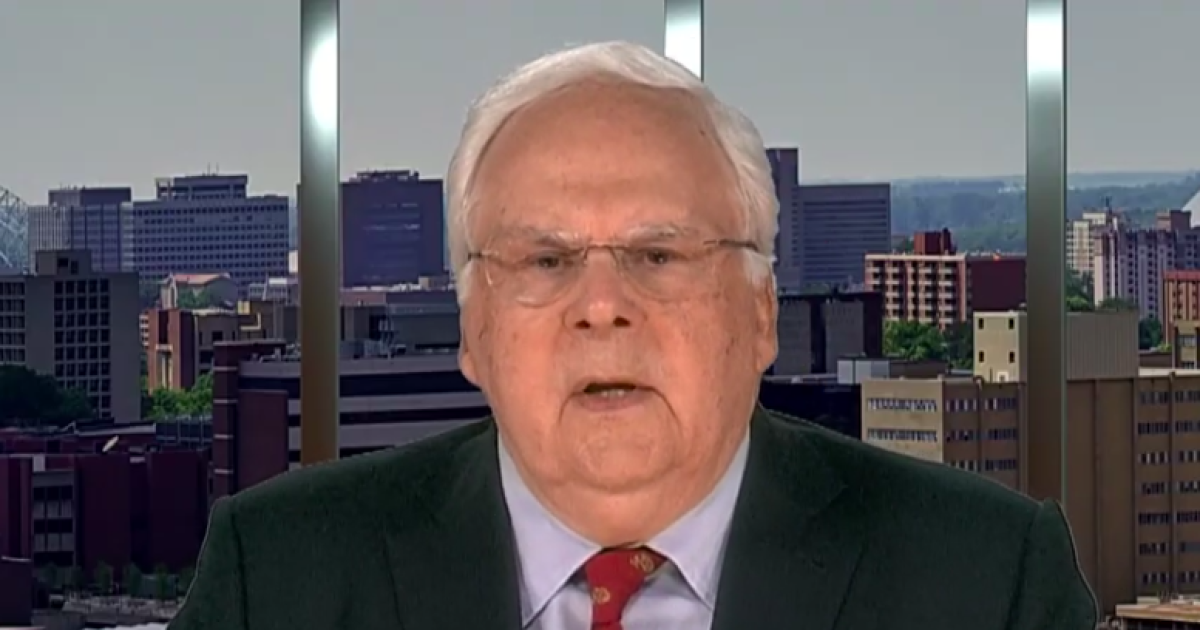 The following is a transcript of an interview with FedEx chairman and CEO Fred Smith that aired Sunday, November 7, 2021, on “Face the Nation.”

MARGARET BRENNAN: The strong employment reports this week showed companies are creating jobs, but many employers are complaining that they cannot find workers to hire. That is just one of the factors being blamed for some of the supply chain blockage. We go now to FedEx CEO Fred Smith, who joins us from Memphis, Tennessee. Good morning to you.

FEDEX CHAIRMAN AND CEO FRED SMITH: Good morning to you.

MARGARET BRENNAN: I want to get to all that in a moment, but I want to ask you first about this infrastructure bill that is headed to the president’s desk. Twenty-five billion on airport runways, 110 billion to highways, investments in rail, you touch a large amount of transportation in this country. What does this bill do for you?

SMITH: Well, it’s just- it’s a step in the right direction. I haven’t seen the details of the bill, but one of the three reasons that we’re having the supply chain problems that we’re having is the lack of investment in infrastructure and other policy changes that could have made our logistics system more flexible and nimble. So, we applaud the- the Congress and the president for getting this bill passed. Any improvement in the logistics system will inure to the benefit of the American people.

MARGARET BRENNAN: Well, last Sunday we had the commerce secretary with us and asked her about these delays in the supply chain blockage. She said call FedEx if you want to know if your Christmas presents are going to arrive on time. So, what’s the answer to the question, will they?

SMITH: Yes, I think we’re ready for this. This year, we’re forecasting we will deliver 100 million more shipments in this holiday season than we did in 2019. That’s a result of our leaning into e-commerce some years ago, making billions of dollars of investments, including modernizing our airplane fleet to use less energy and emit less CO2. So, the secretary made a wise recommendation there. We’re ready, assuming that we can- can get the employees. The lack of employees, particularly since last spring and into the summer, partially because of the Delta variant and partially because of the stimulus which hit right before the Delta variant took hold of a lot of the country created a lot of employment issues. Not just for us, the CFO of Amazon talked about this in depth on the 28th of October, and their analyst called. So, to put this in perspective, the week of May the eighth, we were processing about 50,000 applications a day this past week, beginning Nov. 1, we’re processing 90,000 employment applications and hiring many, many thousands of people to operate in our 60 plus global hubs that allow us to pick up and transport deliver between any two points on the globe. So that’s very encouraging. And it’s why I believe that the delivery part of the supply chain, which is very, very important to the E commerce recipients, the at home recipients will work well this peak season.

MARGARET BRENNAN: So, you at FedEx, don’t have your own mandate for employees to go out and get the COVID vaccine. But now, as you know, the administration is rolling one out. Do you expect a large number of workers to- to walk out of the job in January or is that, you know, a misplaced fear?

SMITH: Well, it’s not a misplaced fear, but let me come in the administration for moving the federal contractor mandate from Dec. 8, which could have put some of the deliveries in- in peril, to Jan. 4, and even more importantly, to give us the flexibility to try to get all of our people vaccinated. We strongly support it. I’m vaccinated. We’ve made every effort. We pay bonuses to people to get vaccinated. But the people that operate the pickup and delivery systems, the warehouses and the fulfillment and sortation centers that make this country’s logistics system go, there’s a fair number of them, a large percentage, that simply do not want to be vaccinated. That’s not just hearsay. I was in a couple of our facilities just two days ago and had that confirmed by a number of our front-line managers. And it’s what we’re hearing throughout our system. So, this was a wise decision to move the mandate.

MARGARET BRENNAN: Well, so then what are you going to do when the mandate does take effect? Are you just going to have to pay fines? Or is this manageable?

SMITH: Well, that’s where I noted the- the federal government is giving us the flexibility to do that. We’ll try any and everything. Incentives and, you know, encouragement or what have you. We think we’ll be able to work through it.

MARGARET BRENNAN: In terms of rising prices. I know jet fuel prices are up like 70% in the past year, crude oil spiking. You look at FedEx, you’ve had to raise prices in the coming year. For people who are looking around and saying my cost of living is going up, do you see any relief on the horizon?

SMITH: Well, we do. The inflation in the last quarter was about 5.4%. There is so much money. Demand is about 15% higher for goods today than it was in February 2020. And there are supply constraints. And in the case of- of energy, the demand coming back much more rapidly than people thought it would has raised the prices of energy. But we believe that the inflation will in the middle of ’22, begin to- to drift down a bit. But the main thing is to unclog the supply chains, which are having problems because of the so-called bullwhip effect, the lack of employment and our inability to improve our infrastructure over the last 20 years. All three of those have- have had a big effect on the availability of moving goods through our system.

MARGARET BRENNAN: All right, Fred Smith, thank you for answering the question, and we’ll look out for those Christmas presents. As you say, should be arriving on time. We’ll be back in a moment with some political analysis. Stay with us.