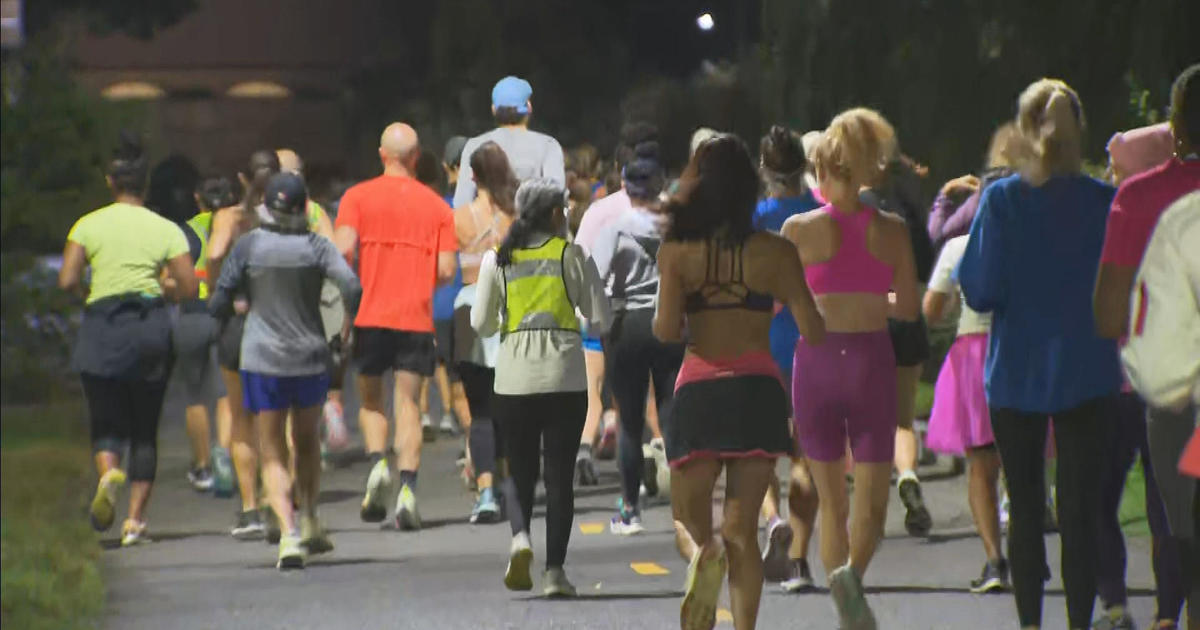 Thousands of people in cities across the U.S. finished Eliza’s run Friday morning.

The runs were organized as a tribute to Eliza Fletcher, who was forced into a vehicle after a struggle during her pre-dawn run last Friday in Memphis, Tennessee. A suspect was swiftly identified and has been charged with her kidnapping and murder.

The killing of the 34-year-old kindergarten teacher and mother of two shocked people nationwide, and was particularly upsetting to women runners. An obituary described Fletcher as a “born athlete” who enjoyed spending time outside with husband and children.

Many female athletes fear working out alone, at night or in secluded places, and while crime statistics show such killings are exceedingly rare, many report being harassed or worse, even in well-populated areas.

In response, groups of runners decided to “Finish Eliza’s Run” in the pre-dawn darkness Friday morning, a week after her slaying. Many wore pink tops and purple shorts in her honor. Groups ran in Memphis, Nashville, Chattanooga and many other cities and towns around the country. Hundreds logged their runs on a website dedicated to the event.

In Memphis, starting at 4:20 a.m., thousands of runners, bikers, and others gathered to pay tribute to Fletcher, CBS affiliate WREG-TV reported.

Runners finished Fletcher’s 8.2-mile run from her Midtown home that was stopped short by her kidnapping and killing last week. Fletcher made the run alone, but police provided security along the route for runners Friday, the station reported.

In Boston, a group of about 40 people gathered at 4 a.m. to hold a moment of silence, and then ran a 5K along the Charles River in her honor, CBS Boston reported.

Cleotha Abston, 38, is charged with first-degree murder, especially aggravated kidnapping and tampering with evidence in connection with Fletcher’s disappearance and death.

Judge dismisses Trump lawsuit against Clinton, others over Russia allegations

Fri Sep 9 , 2022
A federal judge has dismissed a lawsuit by former President Donald Trump against Hillary Clinton, the Democratic party, media organizations and dozens of others, saying Trump used the court to “flaunt a two-hundred-page political manifesto outlining his grievances.” Judge Donald Middlebrooks wrote in his ruling Thursday the court was “not […]