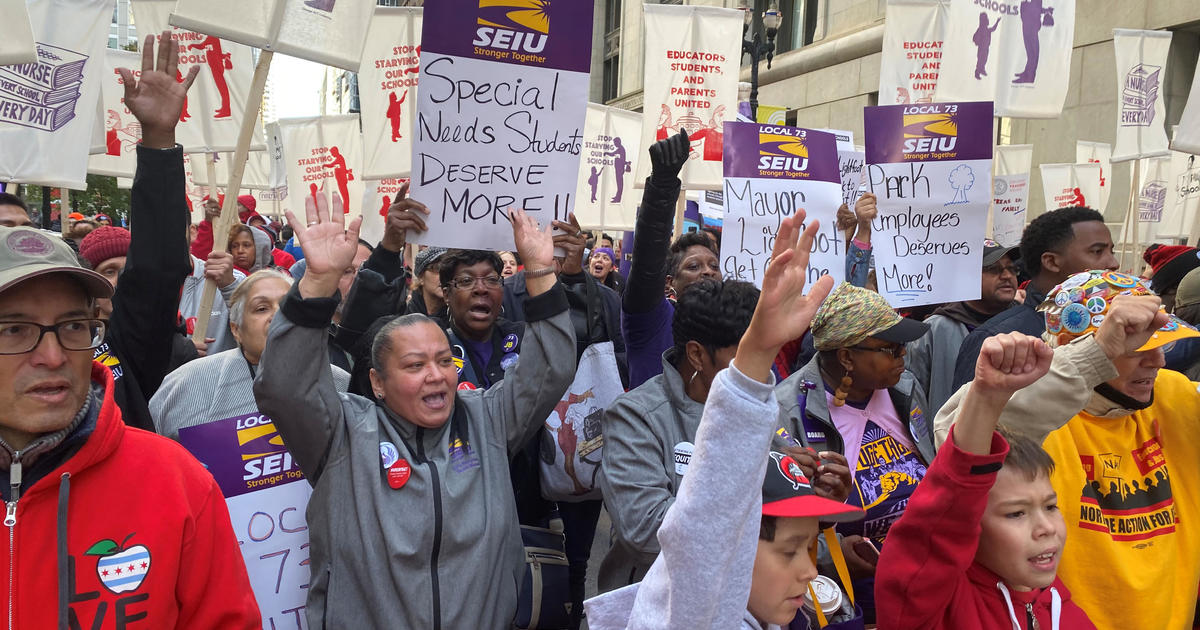 The Chicago Teachers Union confirmed Wednesday night that its 25,000 members will not return to their classrooms Thursday, after months of negotiation with Chicago Public Schools failed to resolve disputes over pay, benefits, class size and teacher preparation time.

The union’s delegates voted unanimously in favor of the walkout, according to CBS Chicago. Meanwhile, Chicago parents and community groups scrambled to prepare, and the city preemptively canceled classes in the nation’s third-largest school district.

The strike is Chicago’s first major walkout by teachers since 2012. Early Wednesday, before the strike was announced, city officials  canceled all classes for Thursday in hopes of giving more planning time to 300,000 students’ families.

Mayor Lori Lightfoot said the city has not only offered a 16% pay raise over the five-year contract, but has also agreed to put language in the contract that addresses “enforceable targets” on class size, and increases staffing levels for positions such as nurses, librarians and social workers — items the union said were critical.

Lightfoot said the city agreed to make substantial changes on some of the union’s top priorities, but its negotiators responded by issuing additional demands, including some she deemed unacceptable.

Union leaders dispute Lightfoot’s characterization of the city’s willingness to concede to their demands on several issues, including class sizes.

“CPS’ current class size offer falls far short of what’s needed to address the sweeping scale of the problem,” they said in a statement.

Before heading into a downtown law firm for bargaining talks Wednesday morning, union vice president Stacy Davis Gates said there is a “gross disconnect” between Lightfoot’s comments and what negotiators have put in writing.

“To say that you have offered a proposal that respects what we are asking for, to say you’ve bent over backward …. it’s absolutely ridiculous,” Davis Gates said.

During the 2012 strike, the district kept some schools open for half days during a seven-day walkout. District officials said this time they will keep all buildings open during school hours, staffed by principals and employees who usually work in administrative roles.

Breakfast and lunch will be served, but all after-school activities and school buses are suspended in the district.

June Davis said that if teachers strike, she would likely send her 7-year-old son, Joshua, to his usual elementary school, Smyth Elementary on the city’s South Side, where almost all students are low-income and minority.

Davis, 38, said she would otherwise have to take her son to his grandmother’s in a southern suburb, requiring an hour-long trip on a regional bus line.

“Everybody’s hoping they will come to some kind of agreement, find some compromise,” Davis said.

Janice Jackson, the district’s CEO, said earlier this week that more than 80% of families with students in Chicago’s public schools are considered low-income.

“We have parents, who if they don’t go to work, they don’t get paid,” Jackson said. “So, we need to make sure that there is a place for their children to go so that they can continue doing what they need to do to support their families.”

Community organizations have been preparing for days to welcome students, ranging from a $100 per day camp for elementary school kids at the Shedd Aquarium to all-day programs run by the Boys & Girls Club of Chicago.

The YMCA of Metro Chicago expects that the highest demand for its all-day programs to come from children between the ages of 5 and 12, who are too young to stay home alone but whose parents may oppose sending them to schools unstaffed by teachers.

Tens of thousands protesters face off against police in Catalan

Thu Oct 17 , 2019
Rioting raged in Barcelona and throughout the Catalan region for a third straight night Wednesday, as police fought street battles with protesters who are angered by lengthy prison sentences for nine leaders of the wealthy region’s drive for independence from Spain. The president of the Catalan region, Quim Torra, called […]