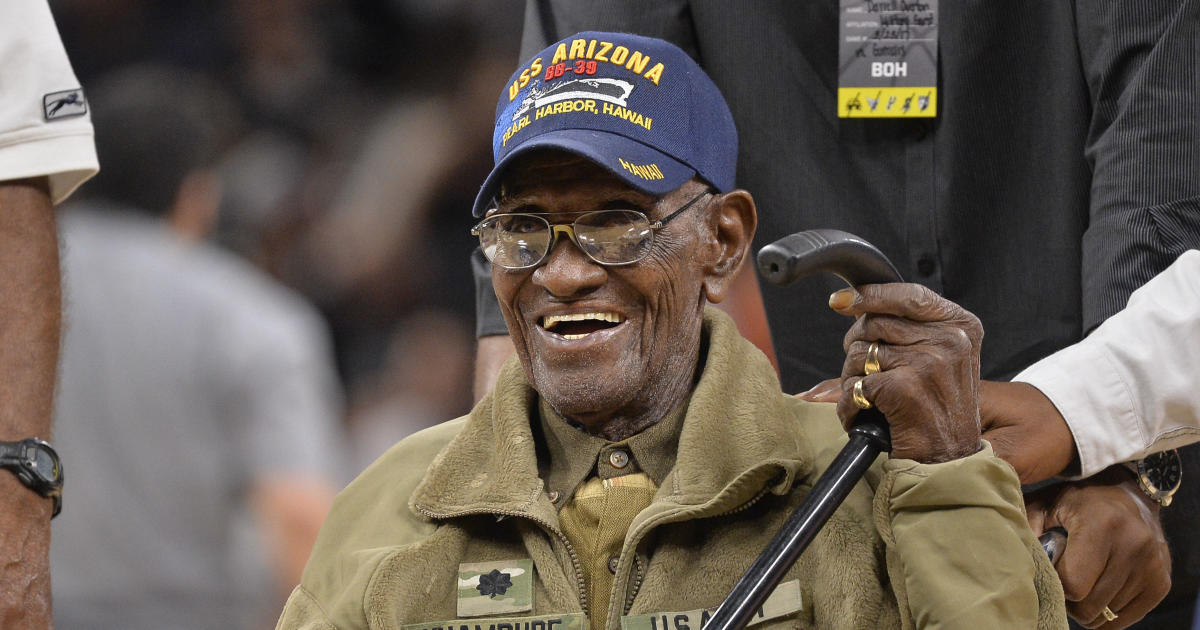 “[I’m] upset and just wondering who could do something to Richard like this,” Volma told KEYE. “What happened to the rest of the money?”

Overton is believed to be the oldest living veteran in the U.S., having served in World War II.

Volma said he noticed the bank account was empty last week when he deposited money into Richard’s checking account. His bank told him that an account from the government’s Treasury Direct program made four separate withdrawals from the account.

He said they learned someone had set up an account with the service using Richard’s name to purchase the bonds.

The money was separate from a 2015 online campaign that raised more than $420,000 for the WWII veteran, the Associated Press reports.

“He’s going to be upset,” family friend Martin Wilford told KEYE. “We are trying to keep him in his home through all types of fundraisers, and someone could just take from him? You’re going to do that to him? Shame on you.”

Save the date for a total lunar eclipse this month

Sun Jul 1 , 2018
A total lunar eclipse will rise over the night sky this summer, and it will be the longest eclipse of this century, according to NASA. On July 27, a lunar eclipse will be fully visible for 1 hour and 43 minutes. But you may have to travel to see it […]