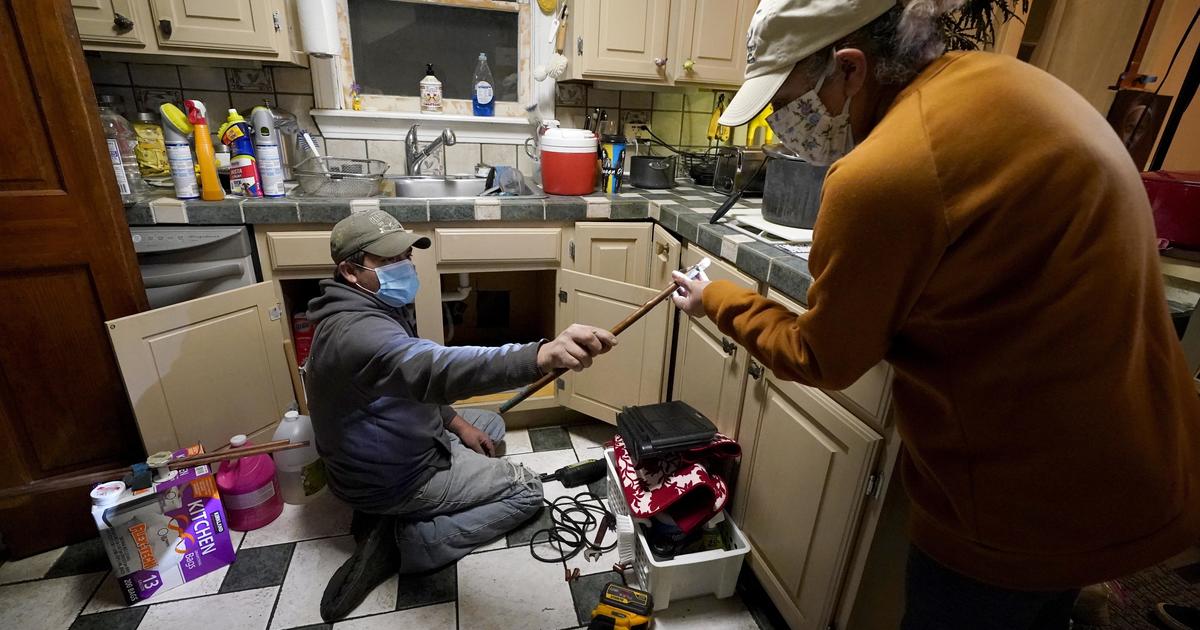 A new crisis has emerged after a deadly winter storm devastated Texas. The storm killed 55 people across seven states, including 31 in the Lone Star State, where residents are now facing sky-high electric bills.

Megan O’Neill, a new mom, is one of those experiencing sticker shock. She was using Griddy for her electricity, a variable rate company that charged her $4,500 for five days of power last week.

O’Neill said she knew rates could go up, but not to this extreme.

Anticipating a price spike, the company did encourage customers to switch providers, but for O’Neill and others, it was too late.

It’s a different nightmare for Tabitha Charlton, whose pipes burst while she was home with her 7-year-old twins.

Charlton’s Houston-area home also flooded during Hurricane Harvey in 2017. She just settled the claim with her insurance company 12 days ago.

“I can deal with the damage. That can be fixed,” she said. “But another three-and-a-half-year battle with the insurance company, I don’t have that in me.”

The wait for plumbers is stretching into April. To help with the workload, Texas is soliciting plumbers from other states, granting provisional licenses and waiving fees.

Repairing the damage will come at an enormous cost, but the human toll is far worse. At least 55 deaths were reported across the states, including 11-year-old Christian Pavon, who died in his family’s unheated mobile home in Conroe, Texas. His family is suing the state’s electrical grid operator and their power company for more than $100 million.

Tue Feb 23 , 2021
The wife of Mexican drug kingpin Joaquin “El Chapo” Guzman was arrested Monday in the United States. She is accused of helping her husband run his multibillion-dollar cartel and plot his audacious escape from a Mexican prison in 2015. Emma Coronel Aispuro, a 31-year-old former beauty queen, was arrested at […]