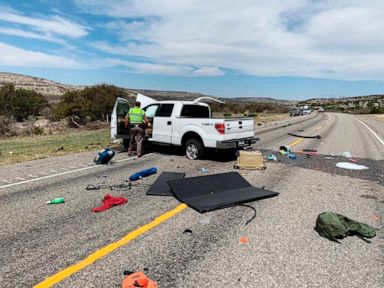 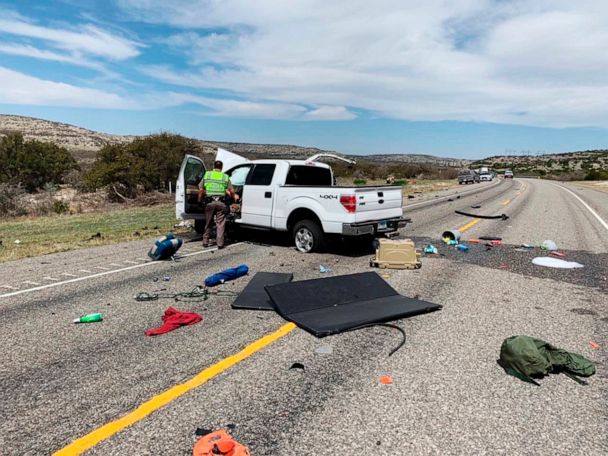 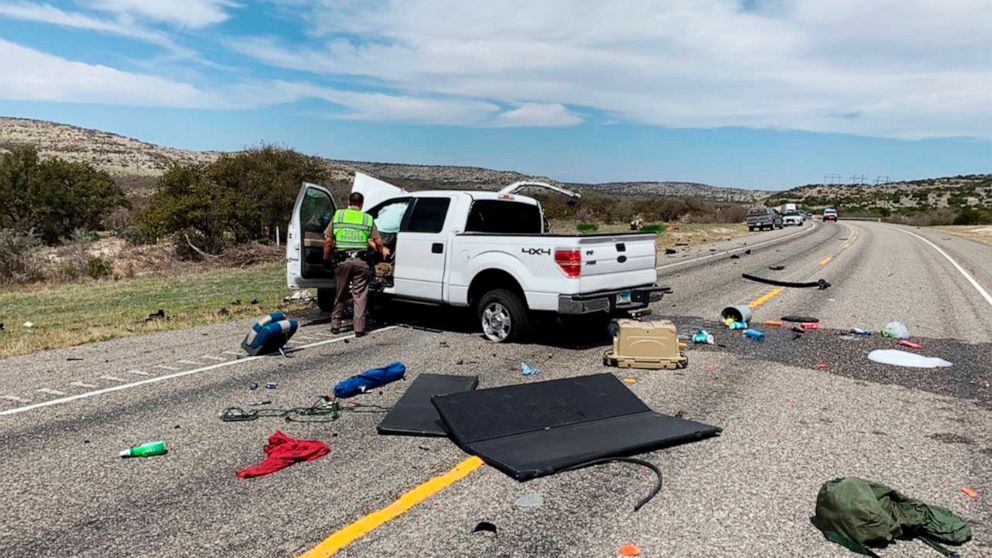 AUSTIN, Texas — A Texas man who drove a pickup truck involved in a deadly head- on crash near a Texas border city following a police chase that left eight migrants dead was named in a criminal complaint, according to a federal complaint filed Wednesday.

The collision happened weeks after one of the deadliest highway crashes involving migrants entering the U.S. without permission and amid rising crossings along the U.S.-Mexico border.

Sebastian Tovar, 24, of Austin, has been charged with “transporting illegal aliens resulting in death,” according to a statement by U.S. Attorney Ashley C. Hoff and Homeland Security Investigations (HSI) Special Agent in Charge Shane Folden. According to the federal complaint, Tovar was traveling north on Highway 277 on Monday in a maroon pickup truck near Del Rio, Texas, when a Texas Department of Public Safety trooper attempted to stop him for speeding.

Following an approximately 50-mile (80.47-kilometer) pursuit that reached speeds of over 100 miles per hour, Tovar collided head-on with another pickup. Eight migrants in Tovar’s pickup died and the driver and passenger of the vehicle into which Tovar collided remain hospitalized in stable condition, according to the federal complaint.

According to the complaint, U.S. Border Patrol agents also encountered a beige pickup truck while directing traffic near the crash site on Highway 277, After giving them instruction, several occupants jumped out and fled into the brush. Federal authorities said 12 undocumented migrants who fled were apprehended.

Two of the undocumented immigrants arrested are Mexican nationals and said in an interview with authorities that they “illegally crossed into the U.S. near Eagle Pass,” with about 20 migrants, which were divided between the maroon and beige pickup trucks, according to the complaint.

If convicted, Tovar, who is in federal custody, could face up to life in federal prison.

An investigation by Homeland Security Investigations and the Texas Department of Public Safety, with the assistance of the U.S. Border Patrol is ongoing.

Annabelle Gurwitch wants to know what women think about at 4 a.m.

Thu Mar 18 , 2021
Annabelle Gurwitch wants to know what women think about at 4 a.m. – CBS News Watch CBSN Live Comedic actress Annabelle Gurwitch talks about waking up at 4 a.m. and reflecting on life – and wants women to share their stories with her on her Facebook page. Gurwitch is the […]