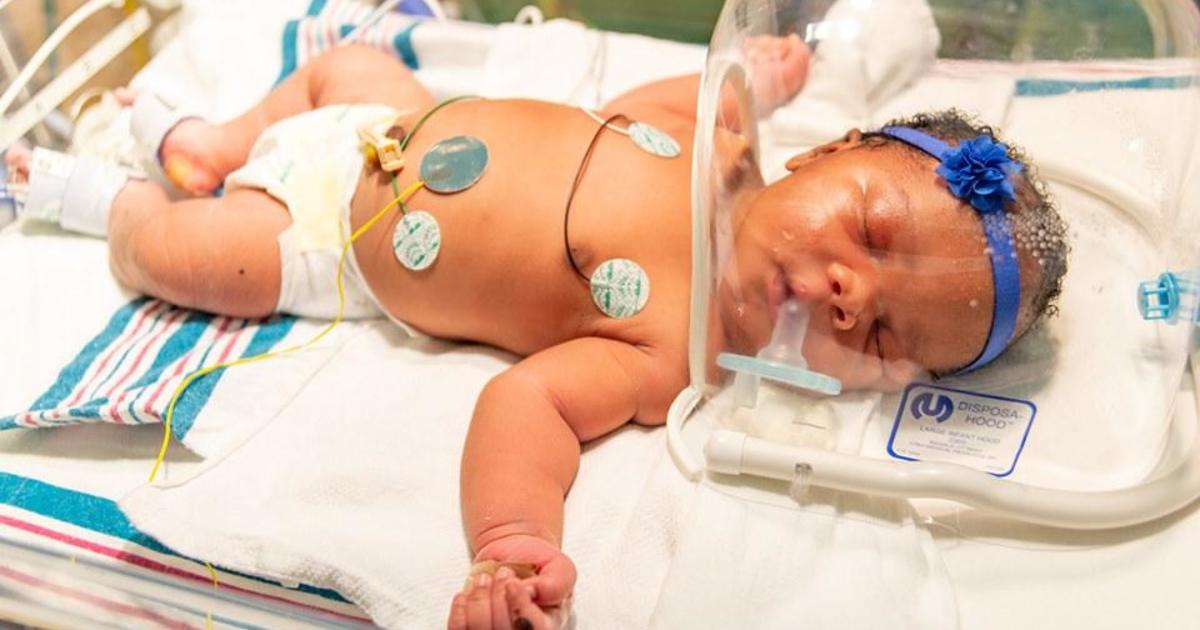 As the rest of the country gathered to pay tribute on the anniversary of September 11, two parents in Tennessee celebrated a surprising coincidence — the birth of their newborn daughter at 9:11 p.m.

Cametrione Brown gave birth to Christina via C-section at Methodist Le Bonheur Hospital in Germantown, Tennessee. According to CBS Memphis affiliate WREG, nurses at the hospital said they had never experienced anything like it.

“We had emotions and we felt it,” Cametrione told the hospital. “Then 18 years later on that day 9/11, you find triumph; you find a piece of joy from a day that was so drastic and still hurts.”

Christina’s parents said she had to spend a few days in the NICU to get extra oxygen, but they are looking forward to introducing her to her siblings.

“Oh, I’ve never seen it in 38 years,” patient care coordinator Rachel Laughlin said. “It’s very rare but very special. It just makes her an even more special little girl than she already is.”