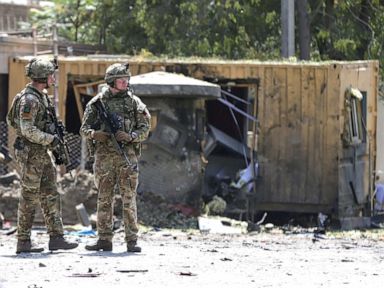 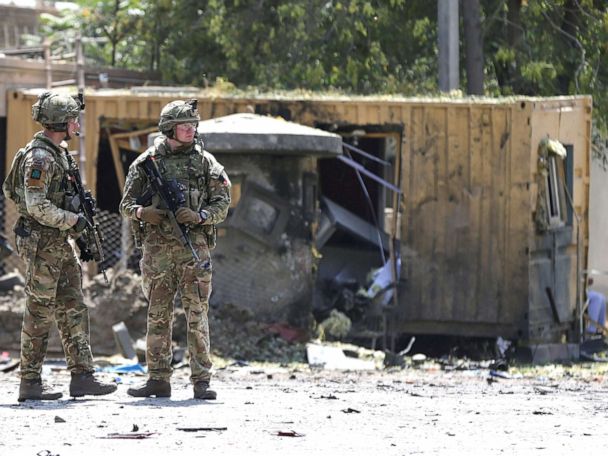 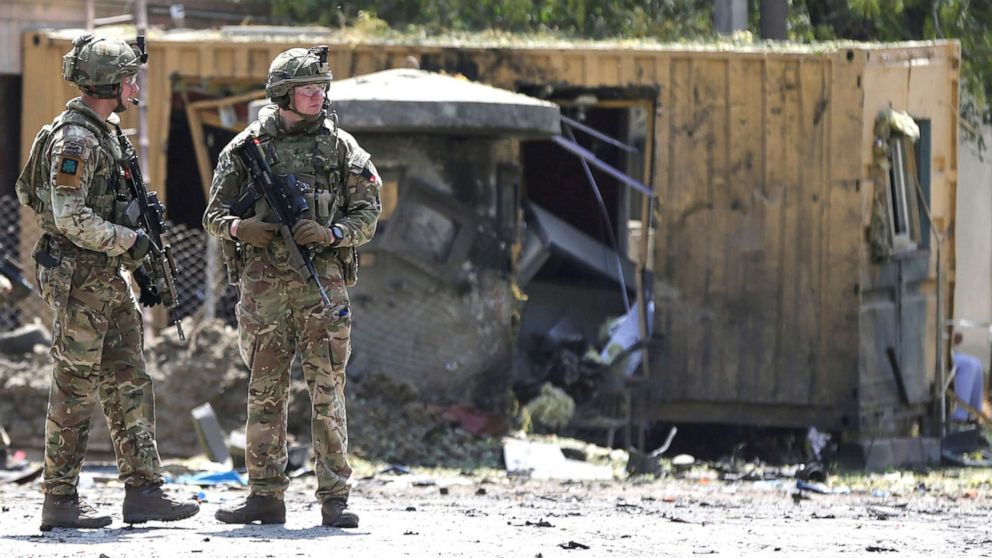 The Taliban killed 10 civilians and two NATO service members — including one American — in a deadly blast in Kabul, Afghanistan, on Thursday, even as the chief U.S. negotiator was returning to Qatar to resume talks with the militant group.

While the U.S. is closing in on an agreement with the Taliban, the attack marks the group’s second major bombing this week and the 16th American service member killed in combat in the country this year. These signs of increased violence have had the country on edge about what a deal with the militant group will mean for its future and have raised questions about whether the Taliban can be trusted to make peace.

The Taliban and U.S. officials said the increased violence is a negotiating tactic, with the militants seeking to project strength and use violence as a point of leverage in the talks. But it has outraged the Afghan public, many of whom are already skeptical that an agreement with the U.S. will bring an end to the violence and concerned that it will instead further empower the Taliban.

But it’s because of that death toll, U.S. officials said, that the Trump administration is doubling down on diplomatic efforts to end the conflict there, nearly 18 years after U.S. troops arrived to expel al-Qaeda operatives and toppled the Taliban government.

The clock seems to be ticking on any U.S.-Taliban deal, with Afghan national elections still scheduled for Sept. 28.

There is also growing concern in Congress about what the deal will actually look like. The chair of the House Foreign Affairs Committee, Rep. Eliot Engel, D-N.Y., wrote another letter to U.S. special envoy Zalmay Khalilzad on Thursday requesting that he testify before Congress about the peace process, but this time, Engel seemed to threaten to compel Khalilzad’s testimony, perhaps with a subpoena.

“I do not consider your testimony at this hearing optional,” he wrote. “If this letter is insufficient to secure your attendance, I will consider other options that would ensure this hearing takes place in a timely manner.”

Khalilzad presented a draft agreement to the Afghan government of President Ashraf Ghani on Monday after a ninth round of Taliban negotiations, prompting public skepticism from Afghan officials. Khalilzad is now back in Doha, Qatar, where he has been meeting with Taliban leaders, a State Department official told ABC News, as the two sides seek to close the gaps and finalize an agreement.

The Taliban took responsibility for the blast Thursday in a busy neighborhood of diplomatic facilities in Kabul, which in addition to the American, killed a Romanian soldier, a U.S. official told ABC News. The militant group said they were targeting a “convoy of foreign invaders,” but the majority of victims were Afghan civilians: Ten were killed and another 42 were wounded, according to Afghanistan’s Interior Minister.

On Monday, the Taliban also bombed an international compound, killing 16 people and wounding 119, almost all local civilians who lived in the surrounding neighborhood, according to the Associated Press.

Nineteen U.S. troops have been killed in Afghanistan this year, 16 of them in combat-related incidents — the highest number recorded by the Defense Department since 2014.

For the U.S., any agreement must include Taliban commitments to eliminate terror safe havens in Afghanistan for groups like al-Qaeda or the Islamic State; a nationwide ceasefire and the start of Afghan national peace talks; and a U.S. withdrawal of the approximately 14,000 troops in the country.

Khalilzad presented a draft agreement to Ghani and other Afghan leaders this week, telling local TOLO News that the two sides had an agreement “in principle” that still required President Donald Trump’s sign-off. It would include the withdrawal of 5,000 U.S. troops from five bases in Afghanistan within 135 days, Khalilzad said.

But negotiations have been stuck over the U.S. leaving a counter terrorism force in the country, according to sources briefed on the talks. Trump and top advisers, including Secretary of State Mike Pompeo, have said repeatedly that preventing future terror attacks on the U.S. homeland is a key priority and hinted that a residual U.S. military presence is how the U.S. intends to accomplish that. But to the Taliban, U.S. withdrawal must mean zero.

Afghan officials are more concerned about what position the agreement will leave the government, which the Taliban has refused to meet and disparaged as a U.S. puppet. While U.S. officials say that they are pursuing a nationwide ceasefire and that any deal will lead to intra-Afghan peace talks, it’s unclear whether the Taliban would follow through on those.

Ghani, Chief Executive Abdullah Abdullah and others were shown the draft on Monday, according to Waheed Omer, an Afghan government spokesperson.

“Some of the details of the U.S.-Taliban agreement need serious debate and revision,” Omer added.

ABC News’s Luis Martinez contributed to this report from the Pentagon and Aleem Agha from Kabul.

Thu Sep 5 , 2019
Attorneys for Jeffrey Epstein accuser Virginia Roberts Giuffre have asked to interview Prince Andrew in either the U.S. or the U.K. after writing a letter to him addressing the authenticity of a photo including him, Giuffre and Ghislaine Maxwell. Recent media reports citing sources close to the prince have alleged […]