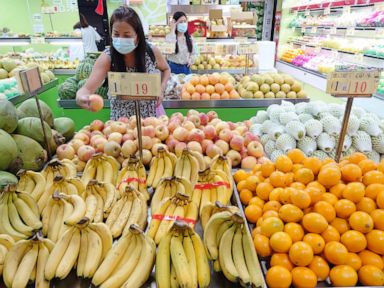 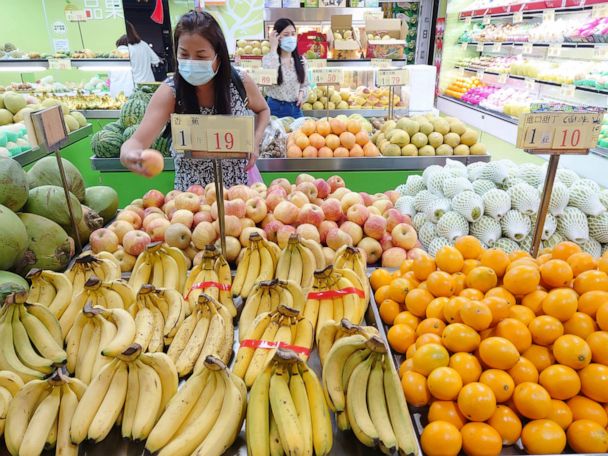 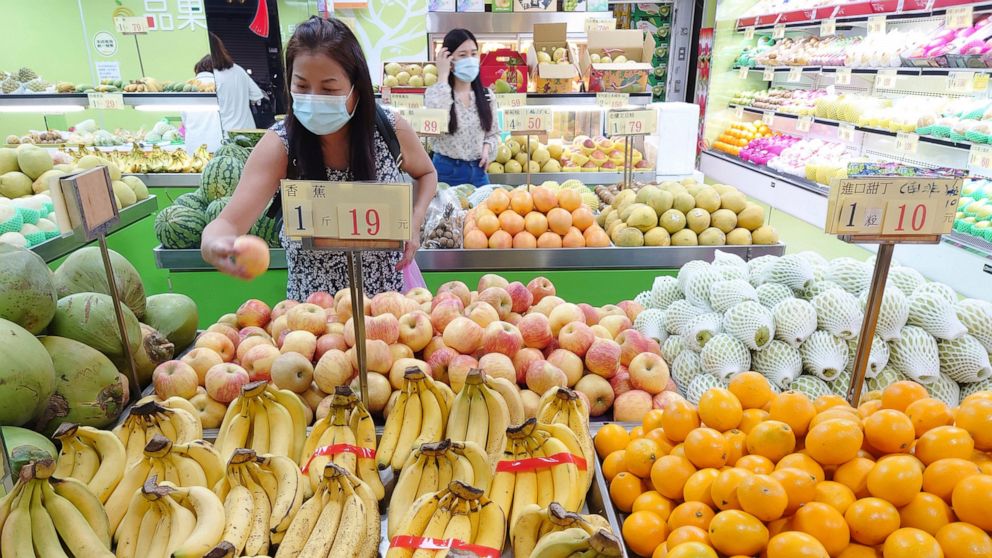 BEIJING — Taiwan canceled airline flights Thursday as China fired missiles near the self-ruled island in retaliation for a top American lawmaker’s visit, adding to the risk of disruptions in the flow of Taiwanese-made processor chips needed by global telecom and auto industries.

China ordered ships and planes to avoid military drills that encircled Taiwan, which the mainland’s ruling Communist Party claims as part of its territory. The Hong Kong newspaper The South China Morning Post called the drills an “effective Taiwan blockade.”

Beijing announced “live-fire exercises” after Speaker Nancy Pelosi of the House of Representatives arrived Tuesday for a one-day visit, defying warnings from Beijing. It earlier banned imports of hundreds of Taiwanese food items including fish, fruit and cookies.

The two sides, which split in 1949 after a civil war, have no official ties but one of the world’s busiest technology and manufacturing relationships.

Taiwanese companies are preparing for Chinese shows of force and possible trade disruptions beyond the four days Beijing says its drills will last, said economist Alicia Garcia Herrero of Natixis CIB, who was meeting businesspeople in the island’s capital, Taipei.

“They are starting to think of solutions, re-routing, delaying orders until they have more clarity,” said Garcia Herrero. “I think people are realizing this is not just a four-day thing.”

On Thursday, at least 40 flights to and from Taiwan were canceled, according to the China Times newspaper. It cited Taoyuan Airport in the capital, Taipei, as saying cancellations were “not necessarily” related to the military drills.

There was no immediate indication of the possible impact on shipping, which has the potential to jolt the global economy.

Taiwan produces more than half the processor chips used in smartphones, autos, tablet computers and other electronics. Chip sales to Chinese factories that assemble most of the world’s consumer electronics rose 24.4% last year to $104.3 billion.

Any significant disruption would “create shockwaves to global industries,” said Rajiv Biswas of S&P Global Market Intelligence in an email.

That could push up already high inflation in the United States and Europe the same way prices spiked after the coronavirus disrupted shipping in 2020-21, said Garcia Herrero.

“If ports can’t operate normally, we can see the consequences,” she said.

The ruling party’s military wing, the People’s Liberation Army, said it carried out “precision missile strikes” in the 100-mile-wide (160-kilometer-wide) Taiwan Strait that separates the island from the mainland but gave no details about the location.

Taiwan’s Defense Ministry said it tracked the firing of missiles at waters northeast and southwest of the island.

China’s foreign ministry rejected suggestions the drills were dangerous and said the United States was to blame for tension.

Washington has no official ties with Taiwan but maintains extensive informal relations and is obligated by federal law to see that the island has the means to defend itself. Pelosi was the highest-ranking elected American official to visit the island since then-Speaker Newt Gingrich in 1997.

Chinese President Xi Jinping’s government accuses Washington of supporting formal independence for Taiwan, a step Beijing says would lead to war. The government of President Joe Biden says it doesn’t support independence but wants the dispute to be resolved peacefully.

Some flights to the mainland would detour through Hong Kong. Taiwan’s transport minister, Wang Kwo-tsai, said Wednesday at a news conference.

Business between the two sides has grown even as Xi’s government stepped up pressure, sending growing numbers of fighter planes and bombers to fly around Taiwan to intimidate its government.

Fruit, fish and other foods are a small part of Taiwan’s exports to China, but the ban hurts areas that are seen as supporters of President Tsai Ing-wen.

Beijing has used import bans on bananas, wine, coal and other goods as leverage in disputes with Australia, the Philippines and other governments.

Thu Aug 4 , 2022
Rapper Mystikal was jailed in Louisiana on Monday, accused of rape more than a year after prosecutors dropped charges that had kept him jailed for 18 months in another part of the state. Michael “Mystikal” Tyler was arrested on charges including rape and domestic abuse battery, Sheriff Bobby Webre of […]