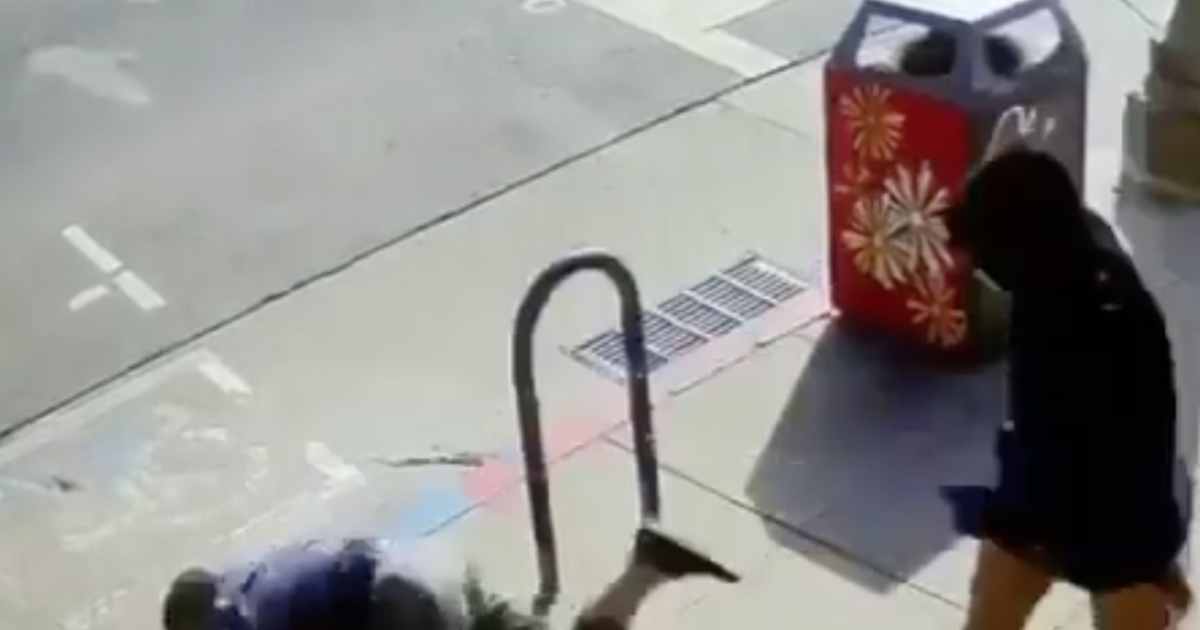 Yahya Muslim, 28, was charged with assault, battery, elder abuse and a special allegation while on bail, according to Alameda County Sheriff’s Office. The office also said Muslim had two prior felony assault convictions.

Nancy O’Malley, the Alameda County District Attorney, said she’s investigating whether the attacks were racially motivated, which could adding a hate crime to Muslim’s charges. She also announced the creation of a special response unit focused on crimes against Asian Americans, especially older Asians.

The new unit also comes after another similar attack in the Bay Area. An 84-year-old man from Thailand died after he was attacked in San Francisco on January 28. A 19-year-old man was arrested for the man’s murder and elder abuse, the San Francisco district attorney said.

The recent spate of attacks captured national attention and prompted actors Daniel Wu and Daniel Dae Kim to donate $25,000 to a reward helping find the culprit. In an Instagram post showing the attack on the 91-year-old man, Wu commented on the rise of attacks against Asian Americans.

“We must do more to help the literally thousands of Americans who have suffered at the hands of this absolutely senseless violence,” he said. “We must take a stand and say, ‘no more.'”

“Those of us who have been following these issues since COVID started have seen these kinds of incidents in our news feeds pop up almost daily, and yet we see very little being done about it,” Kim told CBSN’s Elaine Quijano on Tuesday.

“I’m not aware that he’s seen the videos, but he is concerned about the discrimination against, the actions against the Asian American community, which is why he signed the executive order and why he’s been outspoken in making clear that attacks, verbal attacks, any attacks of any form, are unacceptable,” Psaki said.

Over a three-month period, more than 2,120 hate incidents or crimes were reported by Asian Americans between March and June of last year, according to the Asian Pacific Policy and Planning Council and Chinese for Affirmative Action. There’s been a nearly 845% increase compared to all the reported cases in 2017, 2018 and 2019 combined. The tone of the country was exacerbated by former President Donald Trump, who referred to the virus as “Kung Flu” or the “Chinese virus.”

Separately, community organizers in Oakland have established a fund to have armed private security in Chinatown. As of Tuesday, it has more than $62,000 in donations.

Alvin Patrick and Caitlin Yilek contributed to this report.

Wed Feb 10 , 2021
Several California Republicans have announced plans to challenge Governor Gavin Newsom if the recall effort against him triggers a special election later this year. The campaign that’s leading the effort to oust Newsom from office says they are just 200,000 signatures short of their goal. The Sacramento Bee political reporter […]