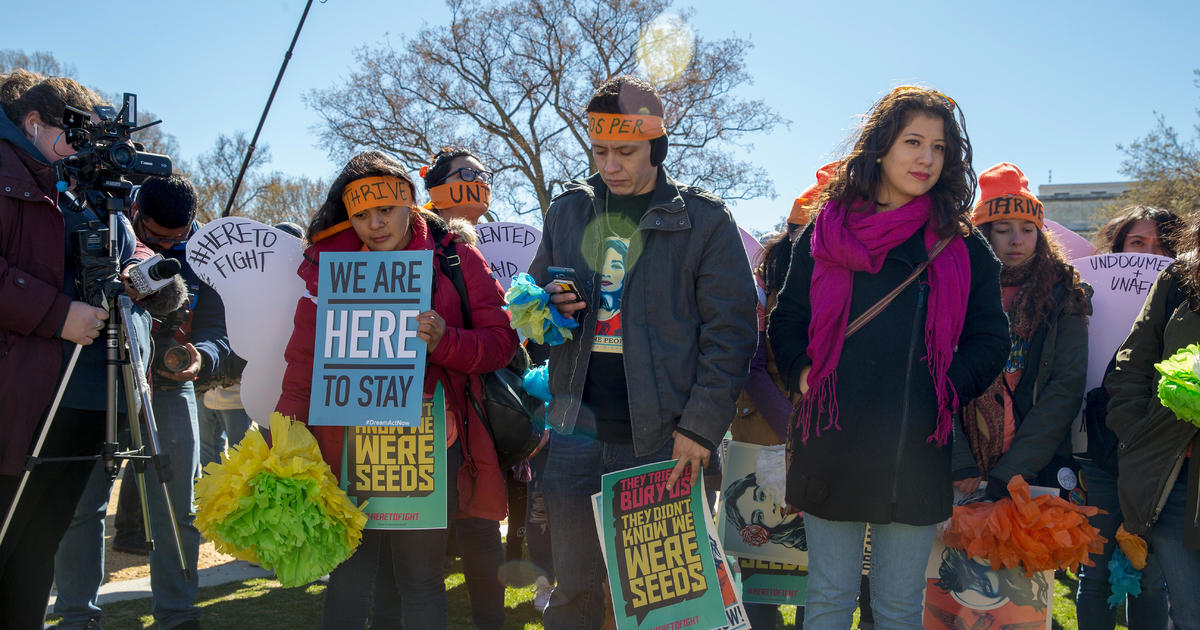 Washington — The Supreme Court on Monday announced it would hear oral arguments regarding the prolonged legal battle over the Trump administration’s efforts to end the Obama-era program that protects hundreds of thousands of young undocumented immigrants from deportation in early November.

The high court is slated to hear the arguments on Nov. 12, as the 2020 presidential campaign is well underway and when immigration will continue to be an issue of great contention between President Trump and his Democratic challengers. Since the fall of 2017, the White House has sought to end the Deferred Action for Childhood Arrivals (DACA) program, which covers approximately 800,000 undocumented immigrants who came to the U.S. as children.

Since then-Attorney General Jeff Sessions announced in the fall of 2017 that the administration would move to gradually dismantle the program, four federal circuit courts have issued injunctions — one as recently as May — to block the government from doing so. Late last year, the Justice Department asked the Supreme Court to take up the case and recently urged the justices to fast-track a decision before leaving for their summer recess.

The high court, however, refused the administration’s requests and said last month it would hear the case during the fall term, which starts in October.

Because of the decisions by lower courts, the government currently allows the approximately 800,000 DACA recipients to renew their protections for two years but is not accepting new applications or allowing beneficiaries to travel abroad through a special permit. The program allowed young undocumented immigrants to obtain work authorizations and driver’s licenses if they met certain requirements, including having arrived in the U.S before they were 16 and obtaining an American high school diploma or GED, or serving honorably in the military.

Early last month, the Democratic-led House passed the latest version of the DREAM Act, an ambitious expansion of a nearly two-decades-long legislative effort that would place millions of DACA recipients — as well as DACA-eligible young immigrants and those with temporary protected status — on a pathway to U.S. citizenship.

The measure faces an uphill battle in garnering support among Senate Republicans and the president, who has expressed sympathy for DACA recipients but has opposed stand-alone bills to legalize their status.

All Democrats running for the party’s presidential nomination have vowed to reverse Mr. Trump’s decision to end the DACA initiative and pledged to place DREAMers, as the program’s recipients are colloquially referred to, on a pathway to citizenship — a proposal that enjoys broad bipartisan support among the American public.