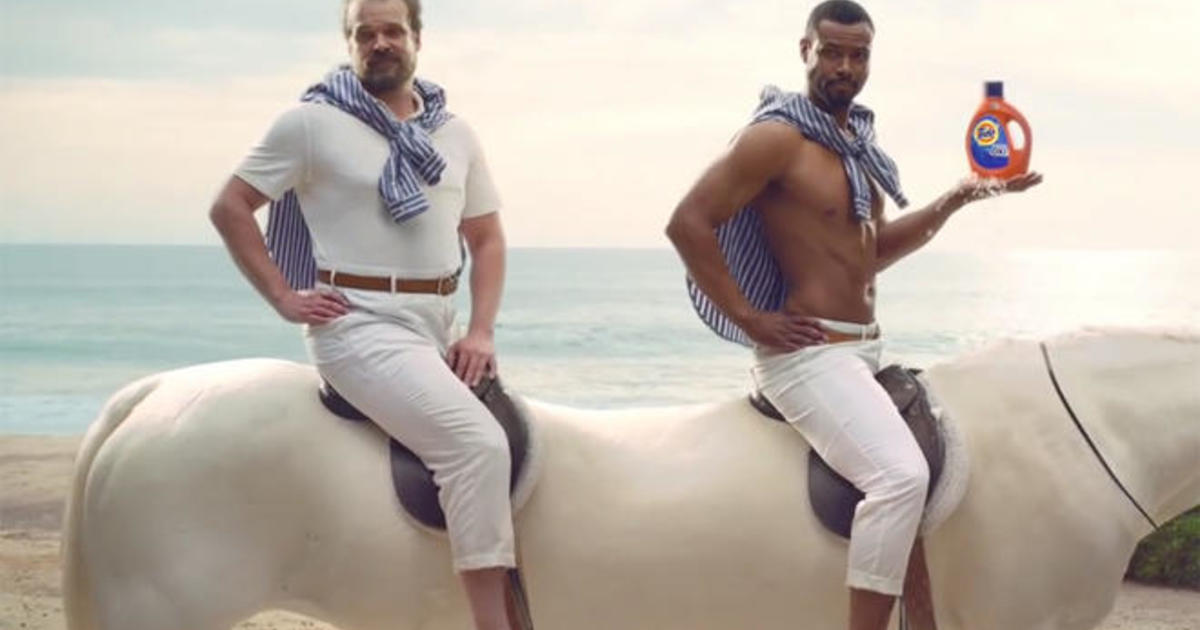 This Sunday’s Super Bowl marked the occasion when the leading creatives in the advertising game put their best game face on for us. And just as in the main competition on the gridiron, there are winners — and there are losers.

To view our picks for the most creative, entertaining and memorable commercials of Super Bowl LII, and those that (to mix sports metaphors here) struck out, scroll through our gallery.

Robots that show their superior intellect can be chilling (see “2001: A Space Odyssey”), but they can also just embarrass us humans. At least the rise of artificial intelligence may bring about, not a Skynet apocalypse, but more informed consumer choices when it comes to smartphone contracts.

You almost don’t need to watch any other Super Bowl commercials, because they’re all here – parodied in Tide’s anthology of marketing tropes starring “Stranger Things” star David Harbour. The laundry detergent ad crams in everything from suave, beautifully-shot car footage to hunks perched on horses and housewives driven to distraction by masculine cleaning agents.

The inundation of Tide ads during the game – four aired in all – was a joke in and of itself. Tide must be happy that any trending mentions on Twitter will be devoid of any association to stupid teen pranks.

It’s flu season, so no wonder Alexa is too sick to work. But hiring celebrities to fill in may not be best for the brand, as this ad humorously suggests.

The award for best Super Bowl commercial performance must go to the actress whose character has the unenviable task of reporting the “good” news to Amazon CEO Jeff Bezos. Yeah, we’ve all been there …

Songs of Fire and Ice, indeed: Visually and musically, the cheeky hip hop duel between Peter Dinklage and Morgan Freeman gives you everything you want in a Super Bowl ad — spicy crunchiness and cool refreshment.

Musician Steven Tyler, of Aerosmith, is 69, but that’s just what’s on his driver’s license. It’s not what’s in his heart. As soon as he flipped his Stinger into reverse on the race track we could predict what would happen, but it was thrilling nonetheless to see a rejuvenated Tyler demonstrate how Kia drivers could all “dream on.”

While his “Key & Peele” character Luther the Anger Translator helped an audience understand the inner rage of a laid-back President Obama, Keenan-Michael Key’s translation services are here employed to help consumers understand the often opaque gibberish used to sell products and services, especially when it comes to financial products.

The Super Bowl saw a ton of movie and TV trailers, including new footage for such highly-anticipated movies as “Jurassic Park: Fallen Kingdom,” “Mission: Impossible – Fallout,” and “Solo: A Star Wars Story.” But did you know that the 1986 comedy “Crocodile Dundee” was getting a reboot? Chris Hemsworth and Danny McBride star! I’d pay to see that. No, wait, it’s an ad for Australian tourism. So, instead of buying a $15 movie ticket to see the country’s beautiful beaches and witness its many charms, it looks like we’ll have to spring for a flight there, which will set us back a bit more.

E*Trade: “This Is Getting Old”

A humorous take on a serious problem — workers’ retirement funds being inadequate to protect them in their Golden Years — doesn’t cheapen the dignity of these not-quite-yet-retirees (except for that guy on the fire hose).

The NFL’s ads promoting itself, its players, and its fan base can be quirky and heartwarming (such as the Super Bowl babies ad from 2016). So points to Eli Manning and Odell Beckham, Jr. for willing to look silly in their re-creation of dance moves from “Dirty Dancing,” because end zone choreography really can give fans the time of our lives.

Marketers by and large avoided any political messages this year (like last year’s Budweiser ad extolling the strength of immigrants, or 84 Lumber’s ad featuring migrants blocked by a border wall.). Instead, ad makers opted for the inspirational and uplifting.

One of the best-produced of these was this story of a child born with physical challenges, who overcame excruciating odds to compete as a skier in the Paralympics. Beautifully shot and edited, and suitably heartwarming, the only drawback is that we have no idea who the sponsor is until the very end, and it’s a car. It could have been any brand, actually, from a company buying a feel-good commercial off the rack.

More to the point is Verizon’s appreciation of the heroism and sacrifice of first responders, which is intuitively connected to their brand — making sure that cellphone service is always there, for all of us, when we need it the most.

There was a dearth of traditional car ads this year, which are often the most aesthetically pleasing. But there’s something to be said for commercial verite — devoid of artifice and hucksterism. So a straightforward shot of a Jeep Wrangler plowing through rugged terrain is all we need.

Squarespace: “Make It With Keanu Reeves”

Keanu Reeves is present in all his “Matrix”-y glory in this commercial for building websites. It has nothing to do with building websites, but with the freedom to create. Or as Morpheus said, “There’s a difference between knowing the path and walking the path.”

Given that NBC was televising the Super Bowl less than a week before the start of the 2018 Winter Olympics, there was a TON of ads promoting NBC’s Olympic coverage. Most of it was of the exciting or up-close-and-personal variety. But the standout was this ad featuring snowboarder Shaun White, to the tune of Black Sabbath’s “Iron Man.” It melted personality, adrenaline rush and visual excitement into a story of an athlete desiring of a comeback.

Last Year’s Turkish Airlines commercial, narrated by Morgan Freeman, preached about the beauty of travel and adventure, but it felt claustrophobic – you were stuck in a plane going somewhere.

This year, Dr. Oz preaches how travel feeds the senses — and the commercial takes viewers out into the world where we can see, hear, smell, taste and feel all the beauty in our world. Stunning photography only underscores how important it is to sell an airline not as a plane, but as a means to a destination.

An M&M is magically transformed into Danny DeVito, but the actor’s considerable charm is put to no good use, before forcing him to endure ridiculous slapstick.

Febreze: “The Only Man Whose Bleep Don’t Stink”

Honestly, we feel for the ad agency creative assigned to come up with a commercial for air freshener. But the only thing more unappealing than this ad is the campaign’s insistence that #bleepdontstink should become a trending hashtag.

Cure Auto Insurance is no newcomer to controversy, especially when it tweaks a certain quarterback. (Five will get you ten that writer does not hail from Boston.) But this commercial might elicit calls from attorneys.

The Dutch word onuitstaanbaar doesn’t have an easy translation into English — think insufferable multiplied by annoying, with a heavy dose of self-importance and a dollop of cluelessness. All of that means that this onuitstaanbaar Diet Coke ad — of a young woman clearly inside her own head — is eons away from wanting to teach the world to sing in perfect harmony.

Speaking of cluelessness, the desire to provide an inspirational message, particularly one about the nobility of serving others and the willingness to devote one’s heart and soul to the betterment of society, does seem a tad opportunistic, when your truck commercial appropriates the words of a martyred civil rights leader who (irony of ironies) inveighed against the dangers of consumerism and the ruination brought about by advertising. Really, Ram Trucks?

Tue Jan 14 , 2020
The wildfires in Australia have caused “unprecedented” conditions that will effect the entire world, according to NASA. The space agency has released satellite images that show smoke from the fires moving around the globe.  “The smoke is expected to make at least one full circuit around the globe, returning once […]