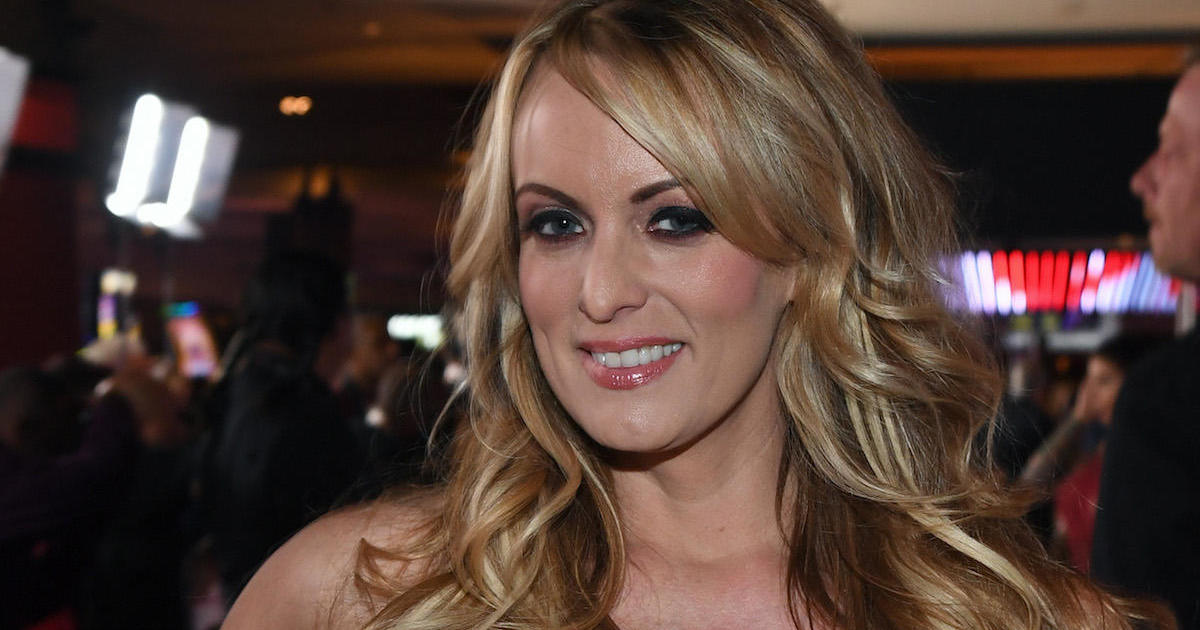 In the tweet earlier in April, Mr. Trump said: “A sketch years later about a nonexistent man. A total con job, playing the Fake News Media for Fools (but they know it)!”

The filing says the tweet was “false and defamatory,” arguing that Mr. Trump was speaking about Daniels and that he “knew that his false, disparaging statement would be read by people around the world, as well as widely reported.”

Clifford argues that Mr. Trump’s statement paints her as a liar and that it has exposed her “to hatred, contempt, ridicule, and shame, and discouraged other from associating or dealing with her.” She states this damages exceed $75,000.

Daniels, is seeking a jury trial and unspecified damages. Her attorney Michael Avenatti said Monday: “We intend on teaching Mr. Trump that you cannot simply make things up about someone and disseminate them without serious consequences.”

The lawsuit is the latest legal move from Daniels, who already is suing to be released from a non-disclosure deal she agreed to days before the 2016 election in exchange for $130,000. The payment was made by the president’s personal lawyer, Michael Cohen. That civil lawsuit was delayed Friday in federal court in Los Angeles, with the judge citing a criminal investigation that Cohen is facing.

Cohen asked for a delay after FBI agents raided his home and office several weeks ago. The FBI was seeking records about the nondisclosure agreement. Cohen’s attorney said in court last week that because the criminal investigation overlaps with issues in the lawsuit, his client’s right against self-incrimination could be adversely impacted because he won’t be able to respond and defend himself.

Aided by her hard-charging attorney, Michael Avenatti, Daniels has aggressively sought to keep her case in the public eye. Several weeks ago, she revealed a sketch on ABC’s “The View” that she said depicts the man who warned her in 2011 to stay quiet about a 2006 tryst with Mr. Trump.

Mr. Trump faces a number of allegations about his sexual exploits long before he ran for president. The White House says Mr. Trump did not have a sexual encounter with Daniels, and the president has denied the other allegations as well.

Mr. Trump is also facing a New York defamation lawsuit filed by Summer Zervos, a former contestant on “The Apprentice.” Zervos has accused Mr. Trump of unwanted sexual contact in 2007 and sued him after he dismissed the claims as made up. A judge ruled that lawsuit can move forward.

Mon Apr 30 , 2018
President Donald Trump attempted to strike a balance between optimism and skepticism about his upcoming summit with North Korean leader Kim Jong Un. Trump told reporters Monday “we’ll see what happens” when it comes to the talks about North Korea’s nuclear weapons program. Yet, he added that the United States […]