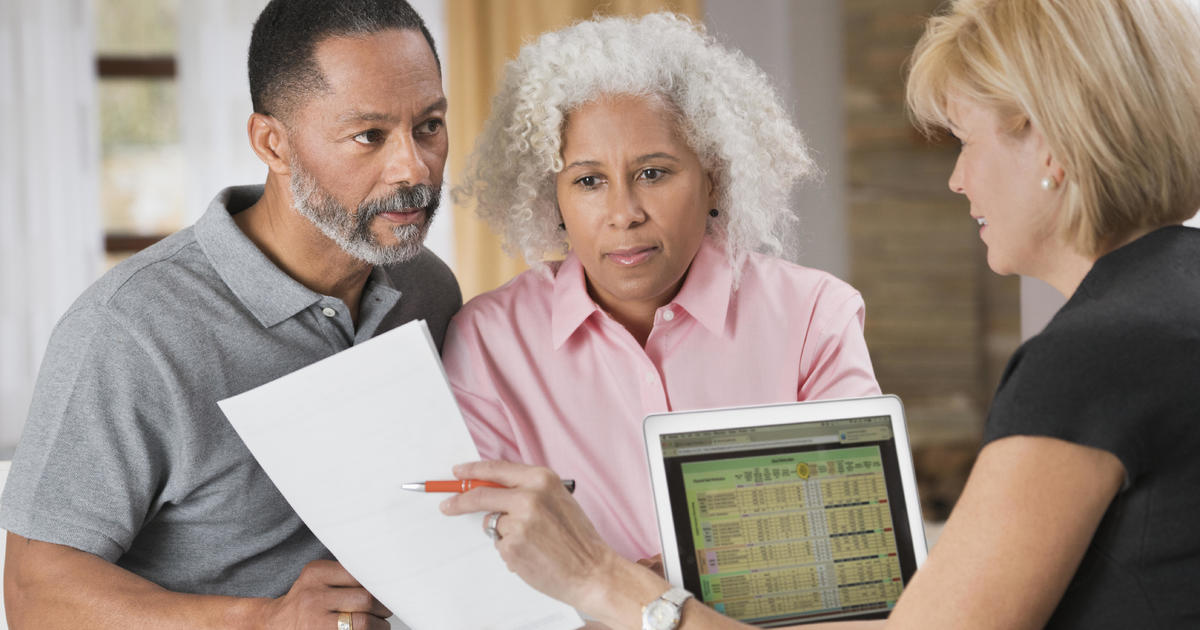 Americans who own stocks are pulling further away from those who don’t, as Wall Street roars back to record heights while much of the economy struggles.

But Black households are much more likely to be in that not-as-fortunate group that isn’t in the stock market.

Only 33.5% of Black households owned stocks in 2019, according to data released recently by the Federal Reserve. Among white households, the ownership rate was nearly 61%. Hispanic and other minority households also were less likely than white families to own stock.

Many reasons are behind the split. Experts say chief among them is a longstanding preference by many Black investors for safer places to put their money — the legacy, some say, of decades of discrimination and fear. Also, many Black Americans were never taught what they were missing out on.

“We didn’t have a grandfather or aunt or uncle or mom and dad educating us on the markets because they didn’t benefit from it because of historical discrimination in this country,” said John Rogers, founder and co-CEO of Ariel Investments.

Black people have also often lacked the opportunity to build up wealth, park it in the market and watch it grow over time. In general, they have lower incomes, which leaves less money to invest after paying bills. Also, many work jobs that don’t offer retirement plans like a 401(k).

But researchers say that even wealthy Black households are much less likely to own stocks than their white counterparts. That means they missed out on the roughly 260% returns for S&P 500 funds over the last decade and the resulting chance to see their wealth grow.

The typical Black family has less than $13 in wealth for every $100 held by the typical white family. Lower rates of stock ownership are a small reason why. The most important factor may be the restricted access Black borrowers had to mortgages and affordable housing through decades of redlining and other discriminatory practices, said Raphael Bostic, president of the Federal Reserve Bank of Atlanta, in a recent speech.

Researchers say increased investment by racial minorities in the stock market, carried through future generations, could help narrow the wealth gap. Toward that end, industry groups are trying to encourage more Black people to become financial planners, who could then draw in potential investors.

The differences in stock ownership between white and Black households go back decades, and had narrowed a bit between 2016 and 2019, according to the most recent data available from the Federal Reserve. But researchers say the coronavirus pandemic and resulting recession have probably widened the gap again.

Instead of stocks, wealthier Black households are more likely to own assets that have a reputation for being safer, such as bonds, life insurance or real estate, said Tatjana Meschede, associate director at Brandeis University’s Institute on Assets and Social Policy.

Black people “are shortchanging themselves by investing in more secure opportunities that yield less of a return,” she said.

The largest bond fund has returned less than 40% over the last decade, for example. That’s far below the nearly 257% that the largest stock fund has delivered over the same time. Real estate has also had slower gains.

The difference in stock-ownership rates is one reason the typical white, non-Hispanic household had a net worth of $189,100 in 2019, versus $24,100 for the median Black household, according to the Fed survey. That gap of nearly eight times compares with a little more than six times at the start of the millennium.

“Especially if you talk about working for 30 to 40 years and steadily contributing to a retirement account and not taking it out when you change jobs or borrowing against it, you would come out way ahead” with a portfolio that has stocks in addition to lower-risk investments, said Sherman Hanna, a professor at Ohio State University who does research on financial planning. He calls it “the easy route to accumulating at least some amount of wealth.”

Among middle-aged families, which are the most likely to have a retirement account, 65% of white families have a 401(k), individual retirement account or another similar plan, according to the Fed. The figure is just 44% for Black families and 28% for Hispanic families.

Researchers have found that Black and Hispanic workers are less likely to have employers that offer a 401(k).

Kashif A. Ahmed, president of American Private Wealth, a financial planning firm in Bedford, Massachusetts, remembers giving a talk at a Black church about the higher long-term returns that stocks have historically provided.

“One person sitting in the audience said, ‘That’s all fine and wonderful, but this is all for white folks,'” he said.

Malcolm Ethridge, a financial adviser in the Washington area, regularly sees a reluctance to invest in stocks among Black people with enough money to do so, such as tech executives, attorneys and people who inherited rental properties.

“My personal opinion is Black Americans tend not to trust things that are not tangible because of our history in this country and things being taken away,” Ethridge said. “It gets passed on to you from generation to generation: to only trust and believe in things you can actually touch.”

“A house, I can put my hands on that and believe in that, whereas a stock is just whatever someone else tells me it’s worth, and I just have to take your word for it.”

Bob Marshall, a banking executive in northern Virginia who is Black and does invest in stocks, said differences in financial literacy education may be one factor in the racial disparity in stock-ownership rates. Or, he said, because fewer Black families have wealth that has carried through generations, they may be more wary of risky investments.

“I’m building wealth for my children and grandchildren, so I’m going to hold onto more of it and be risk-averse,” he said is a common theme. Building and keeping that wealth “is more important from a legacy perspective than me maybe amassing 20 or 30% more.”

Marshall also recalled that he didn’t have much exposure to stocks while growing up. His parents didn’t talk much about them because they were seen as too risky. Marshall started dabbling in the market after taking a class in college where they tracked stocks.

Rogers, who founded Ariel Investments in 1983, said Marshall’s experience has been common among Black people for generations.

“There isn’t a passing down of knowledge from generation to generation,” he said. “It’s the opposite of what I hear from Warren Buffett about the magic of compound interest and how much wealth has been created since he was born. Those kinds of stories don’t happen in Black communities.”

Rogers had a different experience because of a conversation his father had with a friend, a white lawyer, about why African Americans didn’t invest in stocks. The friend said that he had already given his 10-year-old son some understanding of the market and that Rogers’ father should do the same for him.

His dad introduced him to a Black stockbroker in Chicago, one who became a role model to Rogers, showing that Black people work in finance, too.

Decades later, though, Black people are still relatively rare in the financial industry. It’s a difficult trend to break, Rogers said, as White people who grew up in wealthier neighborhoods can have an easier time building up business and are the ones more often getting promotions.

With relatively few Black people running big financial companies or offering their services as financial planners, potential Black investors may feel that buying stocks is not for them.

Still, financial advisers say they are seeing a greater interest in stocks among younger Black clients. More of those Buffett-like conversations may be happening around dinner tables.

Gary Simms Sr., a global information security strategist in Manassas, Virginia, began investing in stocks a couple decades ago after a friend pushed him to do better with his money. He was reluctant at first.

Some family members still warn him that he will lose his money. But he talks often about investing with his son, a teenager who already has his own stock portfolio. And when Simms buys gifts for high school graduations, it’s often shares of stock, along with the certificates of ownership.

“Culturally, I think African Americans are not raised to build equity,” he said, “but I do think the tide is turning.”

Tue Oct 13 , 2020
The United States is “facing a whole lot of trouble” as coronavirus cases continue to surge across the country heading into the cold winter months, Dr. Anthony Fauci, the nation’s top infectious disease expert, told CNBC on Monday.  The U.S. reported more than 44,600 new cases on Sunday and the […]