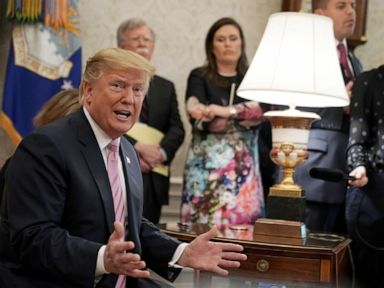 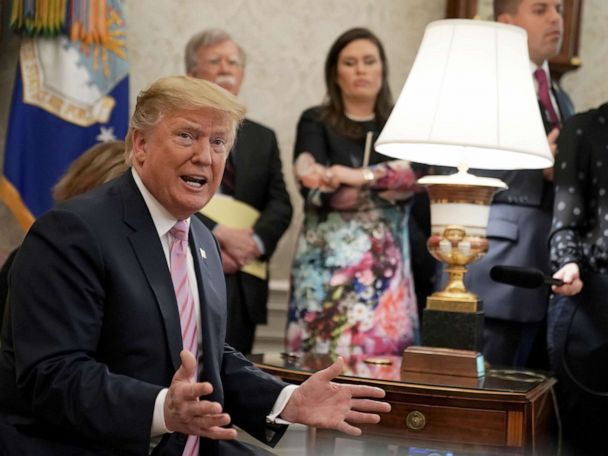 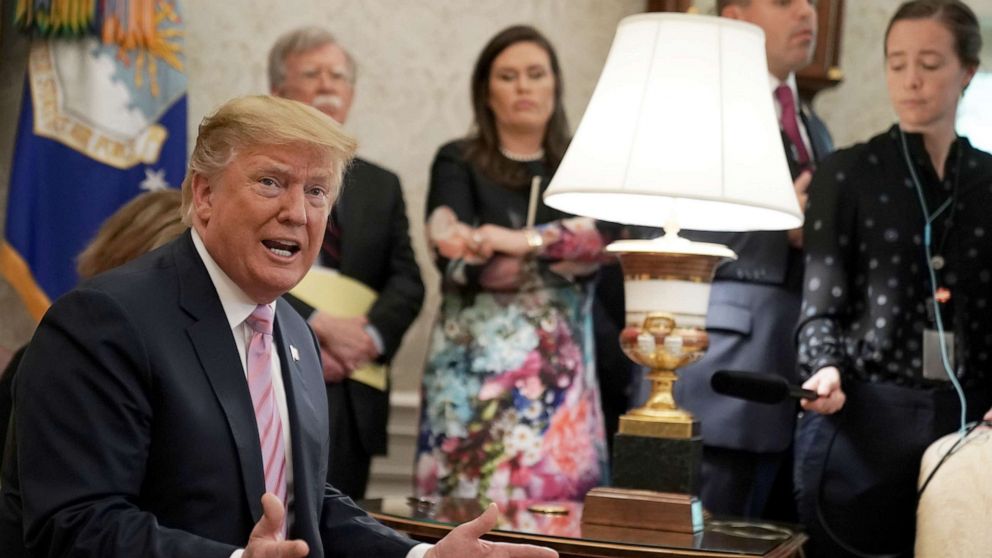 1. ‘We have a lot of great people over there’

President Donald Trump admitted he’s taking a “tougher” approach on immigration but denied the recent Department of Homeland Security firings are part of some leadership purge.

“I never said I’m cleaning house,” he told reporters on Tuesday. “I don’t know who came up with that expression. We have a lot of great people over there.”

“The president’s not going to start separating children again, or at least that’s not what he wants to do now,” Karl says on “Start Here.” “But he also has deep concerns about what has happened as a result of him stopping that policy.”

William Barr was grilled by House Democrats on Tuesday for the first time since releasing his Mueller report summary, and the attorney general stood firm against requests to release the full report, again promising he’d deliver a redacted version with color-coded explanations “within a week.”

Barr also responded to reported criticism by members of Mueller’s team who thought he’d share more than what was included in his four-page letter to Congress.

“It was important for people to know the bottom-line conclusions of the report,” Barr said, “while we worked on necessary redactions to make the whole thing available.”

ABC News’ Trish Turner says on today’s podcast that the message that Barr was sending to lawmakers asking for the full report was, “You’re not going to be happy.”

New York City has declared a public health emergency after 285 reported cases of measles in an Orthodox Jewish community in Brooklyn.

Health officials are mandating vaccines in several neighborhoods and issuing fines up to $1,000 for anyone who hasn’t received the measles-mumps-rubella, aka MMR, vaccine.

“You can pass on the measles before you even know that you’re infected,” ABC News’ Erielle Reshef explains on the podcast. “This is why this is becoming an outbreak problem.”

‘As I said before, we will follow the law’: The treasury secretary answers questions about the president’s tax returns.

‘Often in our interviews with patients, we find this equipment in the closet’: Two dozen people, including doctors who wrote bogus prescriptions, are charged with perpetrating a $1 billion fraud that scammed Medicare recipients into buying braces they didn’t need.

For one former All-Star, the hits stopped coming: Yes, Davis is being paid handsomely ($23 million) this season, and he’s had a solid 12-year major league career. But he currently finds himself mired in one of the most inglorious streaks in baseball history: zero hits in his past 49 at-bats, a new MLB record for futility.

Any cat owner could probably already tell you this, but, according to a study published Monday, scientists have confirmed felines often recognize their own names while also totally ignoring you.

The study in Japan looked at groups of 16 to 34 cats and found that they usually turned their heads and ears toward the sound of their names but often won’t vocalize a response or communicate with their tails.

“Cattitude” isn’t just in your head.

Sanders talks about what his "Medicare for All"