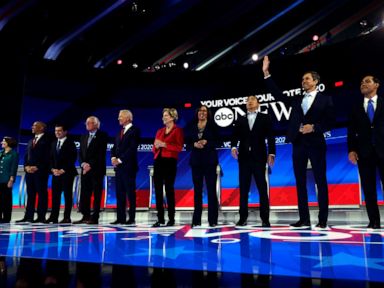 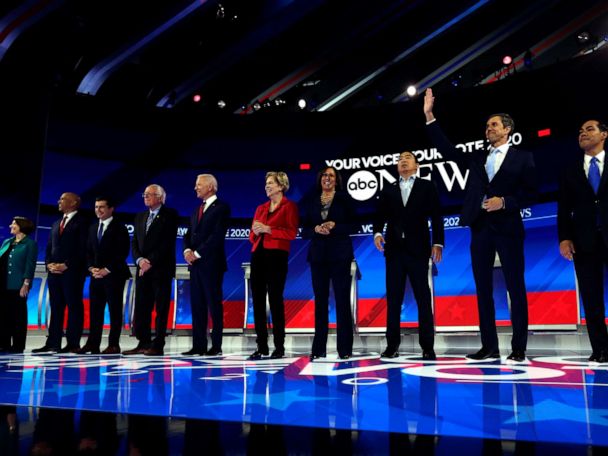 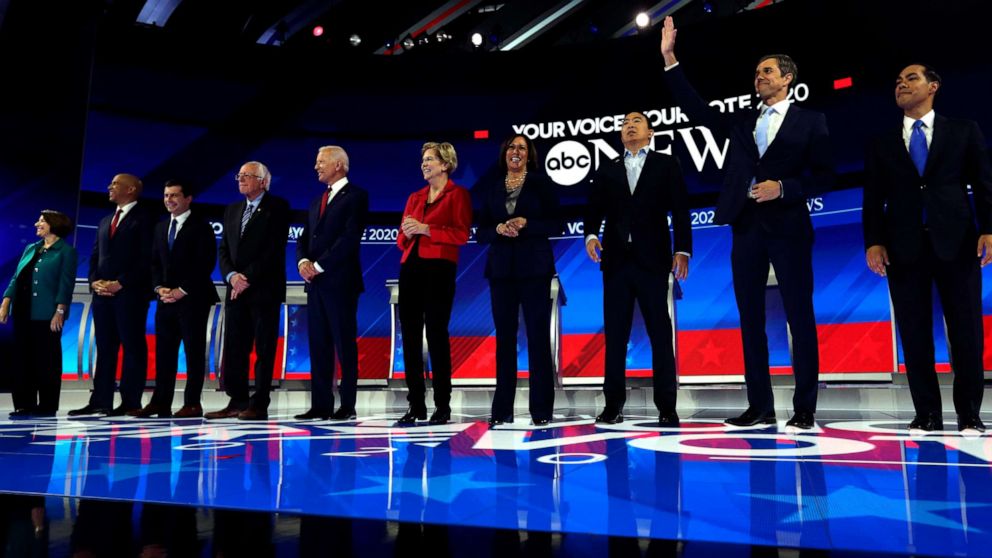 The top 10 Democratic presidential contenders faced off for the first time on Thursday night, debating key policy issues like health care and gun control, while preaching party unity in their fight to take on President Donald Trump in 2020.

Some of the lower-polling candidates tried to rise above the pack and seize a standout moment in the debate, taking shots at front-runner former Vice President Joe Biden, as well as progressive powerhouses Sens. Elizabeth Warren and Bernie Sanders.

In one of the most notable exchanges of the night, former Housing and Urban Development Secretary Julian Castro accused Biden of “forgetting what you said two minutes ago” as they sparred on health care, but he later denied in an interview with ABC News that it was an attack on the 76-year-old’s age.

Julian Castro goes after Joe Biden on health care: “I’m fulfilling the legacy of Barack Obama, and you’re not.”

“That’s the question, is Biden past it?” ABC News Senior National Correspondent Terry Moran says on the “Start Here” podcast. “[Castro] took what was either a fair shot or a cheap shot, depending on how you see Joe Biden.”

Trump didn’t tweet during the debate, but his campaign’s communications director Tim Murtaugh told ABC News last night, “Unimpressive roster of Dems up there tonight. Nothing new. President Trump will dominate any of them.”

Listen to today’s special edition of the “Start Here” podcast for more of the debate’s top takeaways and complete analysis of the night.

‘Sales are down’: GameStop announced it will close up to 200 stores by the end of the year after the gaming retailer suffered a decline in sales.

‘Deeply ashamed’: Actress Felicity Huffman will be sentenced Friday for her role in the ‘Varsity Blues’ college entrance scam.

‘Blessed we’re not hurt’: A small plane crash shut down a major highway near D.C. as four were treated for injuries.

Do you like old-school newspaper headlines? Then you’ll enjoy FiveThirtyEight’s look at what went down in the third Democratic debate.

We love it when a good news story goes from zero to 60 in amazing-ness.

A young boy who went viral for his homemade University of Tennessee T-shirt has been offered a four-year scholarship to the school.

“In recognition of the fourth-grader’s Volunteer spirit, the university has extended an offer of admission for him to join the Class of 2032,” the university announced in a press release on Thursday. “In addition, he has been awarded a four-year scholarship covering his tuition and fees beginning fall 2028 should he decide to attend UT and meet admission requirements.”

The fourth grader’s story that inspired the design of an official school T-shirt garnered national attention on Saturday went viral and prompted a positive discussion around anti-bullying.

The unnamed Altamonte Springs, Florida, boy was bullied at lunch for wearing a homemade “U.T.” shirt during college colors week. His teacher, Laura Snyder, shared his story on Facebook and word quickly got to the university.

Fri Sep 13 , 2019
Goldman Sachs just significantly slashed its price target for Apple, predicting 26% downside to the shares because of a “material negative impact” on earnings for the accounting method the iPhone maker will use for an Apple TV+ trial. “We believe that Apple plans to account for its 1-year trial for […]