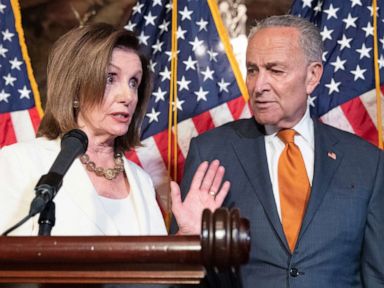 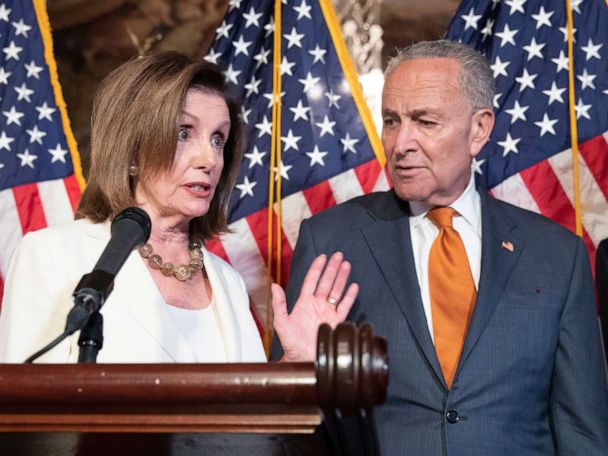 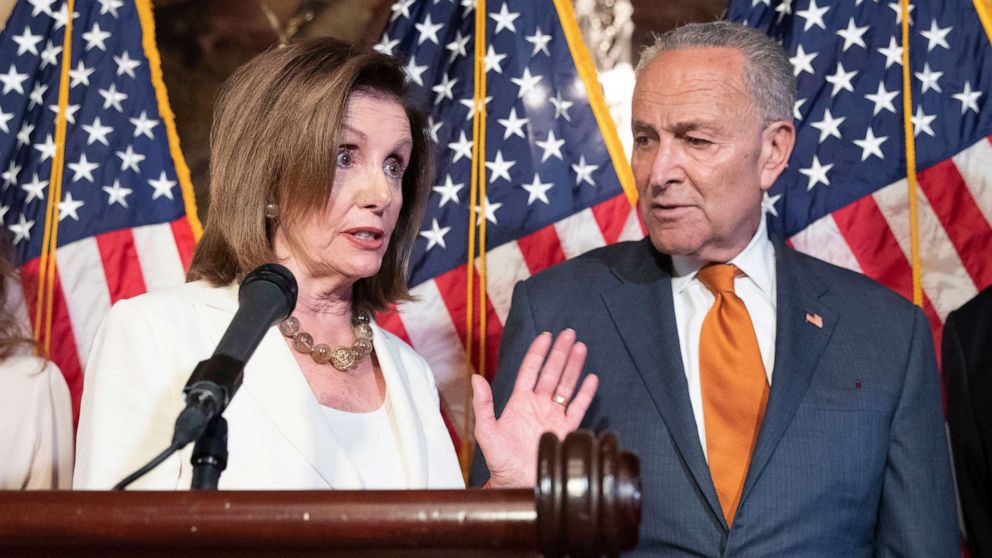 Congress is back in session with Democratic leaders renewing calls for gun control after dozens were killed in multiple mass shootings over the recess.

“We are not taking ‘no’ for an answer. We are not going away,” Pelosi said. “What courage does it take to support legislation that will save lives?”

Speaker Nancy Pelosi calls for vote on background checks bill and shares message to Trump and McConnell: “There isn’t anyone in this institution or anywhere else in public life, whose political survival is more important than the survival of our children” https://t.co/SFQ2oZIeZZ pic.twitter.com/Rbvr0sJeEW

But Senate Majority Leader Mitch McConnell remains adamant about not bringing up gun legislation without the White House’s blessing and the president has wavered on his position in the weeks since the shootings in El Paso, Texas, and Dayton, Ohio, ABC News’ Katherine Faulders tells “Start Here.”

“I think this week, now that Congress is back and negotiations are happening, will really be telling as to where this goes next,” she says.

Four trapped crew members of a massive cargo ship have been rescued more than 30 hours after the boat caught fire and overturned off the coast of Georgia.

Rescuers located the men on Monday after hearing tapping noises from inside the 656-foot ship throughout the night, according to the U.S. Coast Guard.

Twenty crew members were pulled to safety the day before, but the four men had been unaccounted for as fires hindered rescue efforts.

The cause of the capsizing remains under investigation and it’s unclear how long the ship, which is carrying thousands of vehicles, will stay in the water in the meantime, blocking a busy waterway, according to ABC News’ Kaylee Hartung at the scene.

“I was speaking to a local businessman, a fisherman, and he’s concerned this could take months, if not a year,” she says. “You can’t right this ship without extracting those vehicles from inside the ship.”

The Food and Drug Administration has issued a warning letter to Juul, accusing the company of illegally marketing its vaping products as a safer alternative to cigarettes without scientific evidence or receiving regulatory approval to support the claims.

“JUUL has ignored the law, and very concerningly, has made some of these statements in school to our nation’s youth,” said acting FDA Commissioner Ned Sharpless in a statement.

The warning comes as federal health officials investigate 450 cases of lung illnesses possibly linked to vaping, including at least five deaths, with many of the cases involving illegal or off-market THC products.

“The popularity of e-cigarettes and vaping really snuck up on government officials,” ABC News’ Stephanie Ebbs says. “They are really scrambling to understand what is causing these health problems in people and what really they should be doing about it.”

Juul must respond to the FDA’s warning within 15 days, the agency said. In a statement, the e-cigarette-maker said, “We are reviewing the letters and will fully cooperate.”

‘Clear message to the American hating left’: President Donald Trump was in North Carolina for a campaign rally on Monday night. The president threw his support behind Dan Bishop, the Republican running for the state’s 9th Congressional District race Tuesday — after election results from last November were thrown out in the wake of a GOP cheating scandal.

Not for punishment, but for wellbeing: A judge ruled against giving custody to the parents who took their cancer-stricken 4-year-old son off chemotherapy earlier this year. The parents wanted to treat their son with CBD oil, but he will remain in the custody of the child’s grandparents.

‘The people’s charge’: A 19-year-old American college student has been detained in Russia for possessing 19 grams of what she said was medical marijuana.

The Biggest Surprises From Week 1 Of The NFL Season: Cleveland is the same old Cleveland, Lamar Jackson is for real, and the Jets choked again. So what storylines did you find surprising from Week 1?

The stunning victory Bianca Andreescu scored against Serena Williams at this year’s U.S. Open is one the 19-year-old had been visualizing for years.

“I’ve been visualizing ever since I was 12 or 13 when my amazing mother introduced me to it,” Andreescu said. “I find it very helpful … I believe we create our reality with our mind.”

“For it to actually become a reality is crazy,” she said of her first Grand Slam singles win.

.@Bandreescu_ tells @RobinRoberts it’s hard to put into words what winning the #USOpen means to her: “I was just in awe of everything. I was just telling myself all that hard work paid off.” https://t.co/MlhKp3cufX pic.twitter.com/LBqh4E5R2o