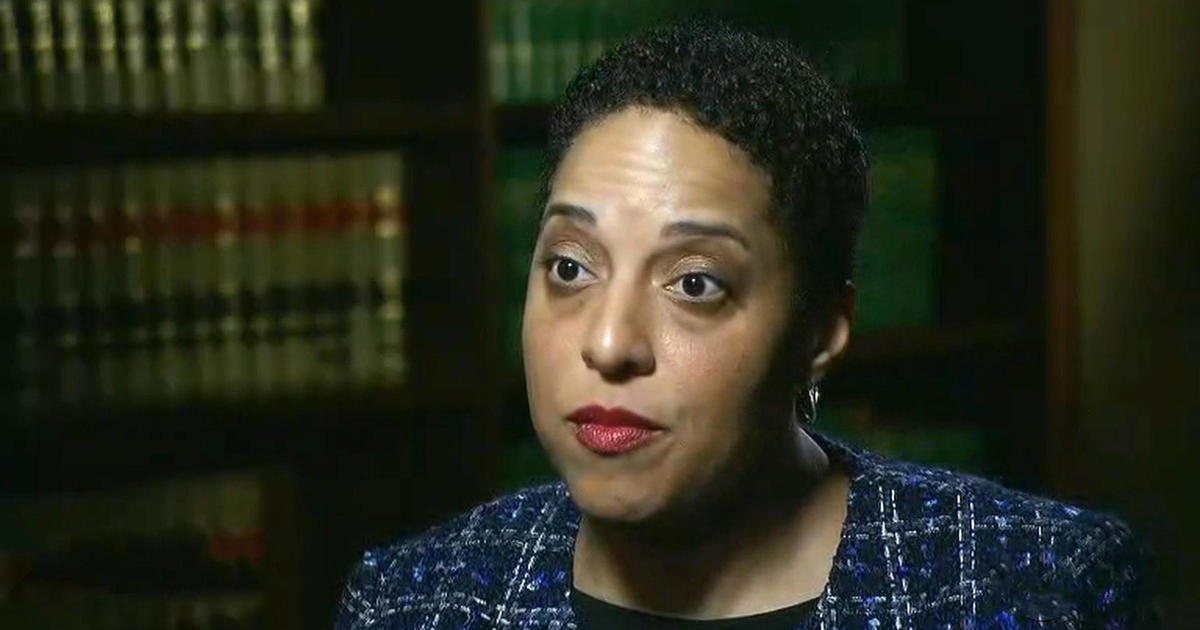 Top prosecutors from across the country are expected to gather in St. Louis Tuesday to expose what they say are coordinated and racist efforts to block criminal justice reform. They’re supporting the city’s chief prosecutor, Kim Gardner, who filed an unprecedented federal lawsuit Monday night against her own city and its main police union.

Gardner claims she’s being forced out. The union called the lawsuit “the last act of a desperate woman.”

Gardner is the first African-American circuit attorney in St. Louis, elected two years after the protests and unrest in Ferguson. She and other black female prosecutors from seven states say their hands have been tied as they’ve tried to fix tensions between officers and communities of color.

“This is not about a single case or issue facing the city of St. Louis prosecutor. This is the fair administration of justice,” Gardner told CBS News’ Jeff Pegues in an interview first seen on “CBS This Morning.”

In the new lawsuit, Gardner alleges her civil rights were violated. The 32-page document cites the Ku Klux Klan Act, a rarely used law passed soon after the Civil War. It alleges the city and its police union attempted to “intimidate, silence, and sideline” her from bringing criminal justice reform, including an “independent team to investigate all police-involved shootings.”

The complaint alleges the officer’s association had “gone out of its way to support white officers accused of perpetrating acts of violence… against African-American citizens.” It includes the case of Michael Brown, the black teenager who was shot and killed by white police officer Darren Wilson. Wilson was never charged and later resigned. But the lawsuit says a police union leader was outspoken in his support for Wilson.

Gardner said the lawsuit is a sign that she’s not going to lose a fight to reform.

“It’s a sign that we’re going to promote the will of the people. And we want to make it where other reform-minded prosecutors who come after us are able to go even further than what we’re able to do,” Gardner said.

In her complaint, Gardner includes anonymous threatening letters she says she received last May, after hiring an outside investigator for a criminal case against former Governor Eric Greitens. Greitens was accused of computer tampering and invasion of privacy. All charges were dropped but he resigned.

Gardner said the letters she has received are different from typical hate mail sent to public officials.

Last year, CBS News spoke to a 19-year veteran of the St. Louis Metro Police Department for an investigation about the posts. Sergeant Heather Taylor didn’t hesitate when asked if she thought there were white supremacists on the police force.

“Yes,” Taylor said. “Have you seen some of the Facebook posts of some of our suspended officers right now? Yes.”

Pegues asked Gardner about that.

In a statement, the City of St. Louis denied Gardner’s allegations against it and said it “fully expects to be vindicated… In a court of law.”

In a radio interview, local police union leader Jeff Roorda, who is named in the lawsuit, said Gardner should be removed.

“This woman needs to go, she’s a menace to society,” Roorda said. “By force or by choice.”

What did Gardner think when she heard that?

“I think that was a threat,” Gardner said. “Roorda’s able to speak unchecked, without any repercussions. And that’s not ok.”

Roorda declined CBS News’ request for an on-camera interview, but in a statement he called Gardner’s lawsuit a “frantic ploy” to deflect attention from an investigation into Gardner’s alleged mishandling of the case against former governor Greitens.

The private investigator Gardner hired to investigate Greitens was indicted last June for tampering with evidence and multiple perjury charges. The investigator has denied all wrongdoing, but it has prompted an investigation into what Gardner knew about his alleged crime. She has not been indicted and says she did nothing wrong.

Gardner said she went to an outside investigator because she didn’t trust St. Louis city police to help in the investigation.

“You’ve become a lightning rod,” Pegues said to Gardner. “Have you ever thought about just stepping away, resigning?”

“I stand on the shoulders of the people who paved the way for me,” Gardner said. “What if the other civil rights leaders decided it’s too hard. Where would we be now? It’s about standing up for what’s right.”

Tue Jan 14 , 2020
JP Morgan Chase CEO Jamie Dimon, in a wide-ranging exclusive interview, discusses the state of the U.S. economy and trade, the expansion of JP Morgan branches and the business of bank mergers. NEW YORK (AP) — Citigroup’s fourth-quarter profits rose by 15%, as the banking conglomerate benefited from a boost […]