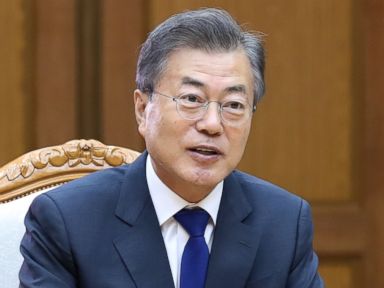 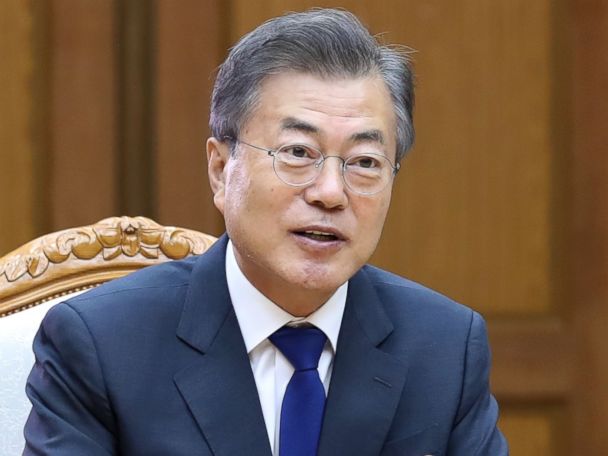 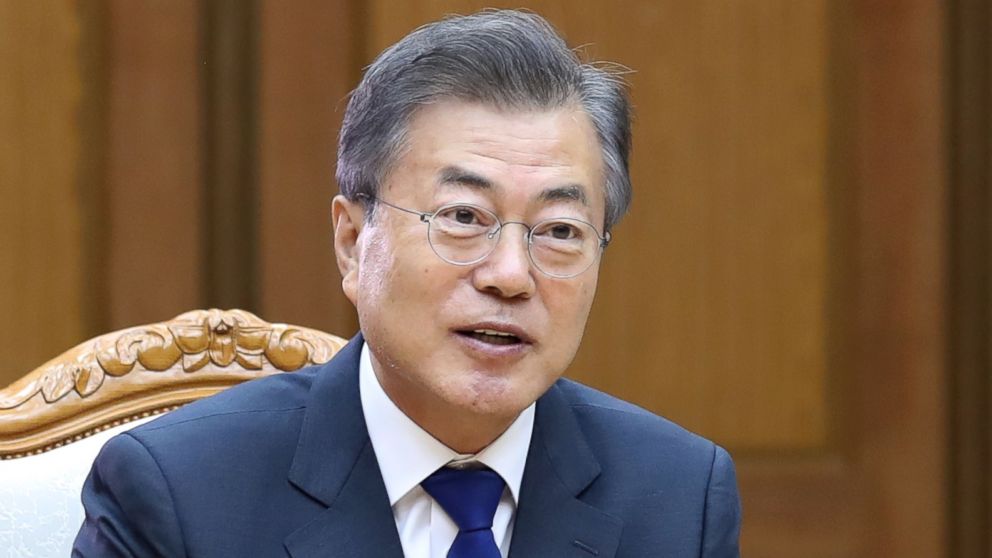 In an effort to salvage an almost scrapped summit between North Korea and the United States, South Korean President Moon Jae In once again played his mediating role to defuse what he called “little difficulties.”

Moon says that in a meeting with North Korean leader Kim Jong Un on Saturday, he delivered President Trump‘s firm willingness to end hostile relations with North Korea and to offer economic assistance to the country if leader Kim implements complete denuclearization.

Kim reached out to Moon on Friday afternoon, just after Trump announced a personal letter to Kim cancelling a planned summit next month, to say that he “wanted to meet without formalities,” the South Korean leader said.

The two met secretly at the North’s side of the border at the truce village of Panmunjom on Saturday afternoon, then later made the meeting public.

Trump, speaking after welcoming an American who had just returned to the U.S. after being freed from jail in Venezuela, said that working level meetings with the North are ongoing at a location “not so far away from here” and they have “gone very very well.” He also said that a date of June 12 in Singapore is still being considered for the meeting.

“Kim’s main concern is that he needs to be able to have trust that the U.S. will surely ensure regime guarantee after they completely denuclearize,” Moon told reporters at the Blue House in a press conference broadcast live Sunday morning. The timing is crucial at this juncture and “it is very important that we defuse little difficulties surrounding the U.S-North Korea summit,” Moon said.

Now that the two sides at least understand what the other wants and are willing to pledge, Moon said he expects “the summit will turn out fine,” as U.S. and North Korean working level officials have resumed talks.

A senior Blue House official played down concerns of cracks between Seoul and Washington that arose after Trump announced his personal letter to Kim on Thursday, cancelling the summit, which completely blind-sided Seoul. A few hours later, Moon had issued a statement saying Seoul was “baffled and deeply regretful” Trump’s sudden cancellation.

Citing problems due to time differences, the official said Seoul and Washington are in close consultation and “we talk to [U.S. National Security Advisor] John Bolton every day.”

“There will be difficulties trying to achieve a (huge) goal in such a short period of time,” the senior Blue House official said. “We are in the process of making history. It’s a matter of war or peace. A huge change, eternal peace through a complete denuclearization on the Korean peninsula.”

Sun May 27 , 2018
FILE PHOTO: A worker monitors a robotic arm working inside a factory in Huaian, Jiangsu province, China May 15, 2018. REUTERS/Stringer May 27, 2018 BEIJING (Reuters) – Profits earned by Chinese industrial firms in April rose at their fastest pace in six months, data from the National Bureau of Statistics […]