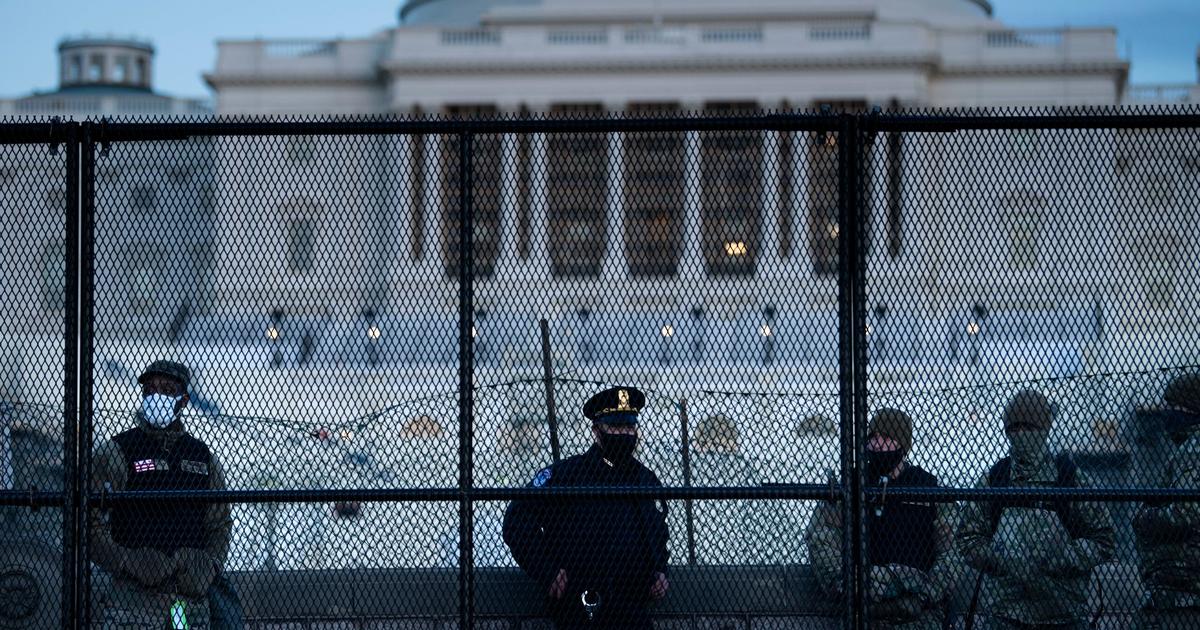 In a statement, a spokesperson for the Capitol Police said, “Acting Chief Yogananda Pittman has directed that any member of her department whose behavior is not in keeping with the Department’s Rules of Conduct will face appropriate discipline.”

Capitol Police suspended two officers in January, according to Representative Tim Ryan, the Ohio Democrat who chairs the House Appropriations Committee. One of the suspended officers was seen taking selfies with rioters, and another put on a pro-Trump “Make America Great Again” hat during the attack, Ryan said.

Pittman became acting chief after former Capitol Police Chief Steven Sund resigned, just a day after the violent protests. Sund said on 60 Minutes last month, “No leader wants to see their officers go through what they went through.”

Capitol Police officer Brian Sicknick died after he was injured during the riot. Four civilians also died, including a woman who was killed by police.

In a statement provided to CBS News, Capitol Police Labor Union Chairman Gus Papathanasiou said the investigations “appear to be an attempt by USCP’s upper management to divert the attention away from their significant leadership failures of January 6th,” failures he said left officers unprepared. “This is just a witch hunt by the Department’s top leaders and a continuation of the systemic failures that continue at the top. I think it’s sickening that the Department’s leaders are even investigating over 35 officers because of USCP’s top management’s immediate failures as they try to point the fingers at Officers who were applauded by Congress this past week.”

Lawmakers have voiced support for Capitol Police in the wake of the riots, and Officer Eugene Goodman was given the Congressional Medal for leading rioters away from the Senate chamber.

Papathanasiou said last month in a statement provided to CBS8, “Between USCP and our colleagues at the Metropolitan Police Department, we have almost 140 officers injured. I have officers who were not issued helmets prior to the attack who have sustained brain injuries. One officer has two cracked ribs and two smashed spinal disks. One officer is going to lose his eye, and another was stabbed with a metal fence stake.”

Former Department of Homeland Security Secretary Chad Wolf told CBS News on Thursday that Capitol Police had been given intelligence suggesting there was a heightened threat on January 6. “Why they did not execute a plan, if they had a plan in place, to further protect that Capitol I think is an ongoing question,” Wolf said.

Fri Feb 19 , 2021
Democratic Senator Joe Manchin said he will not vote to confirm President Biden’s pick to be Office of Management and Budget director, Neera Tanden, endangering and potentially tanking her confirmation. Because of the 50-50 split in the Senate, one Republican would have to back Tanden to compensate for Manchin’s “no” […]