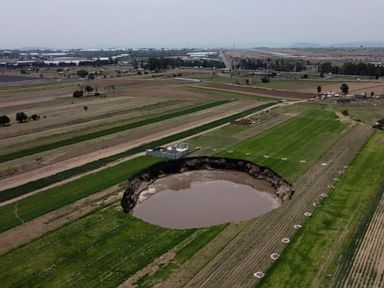 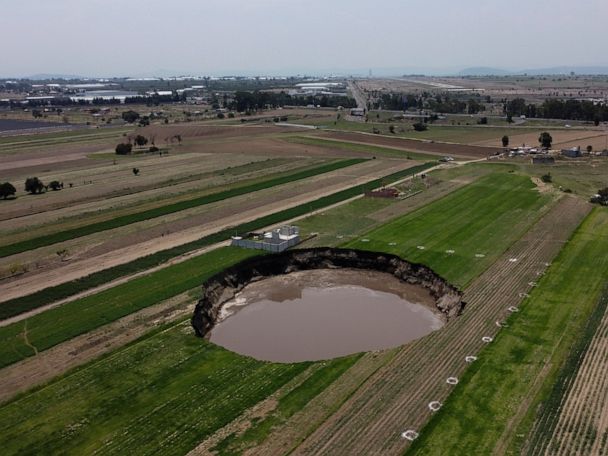 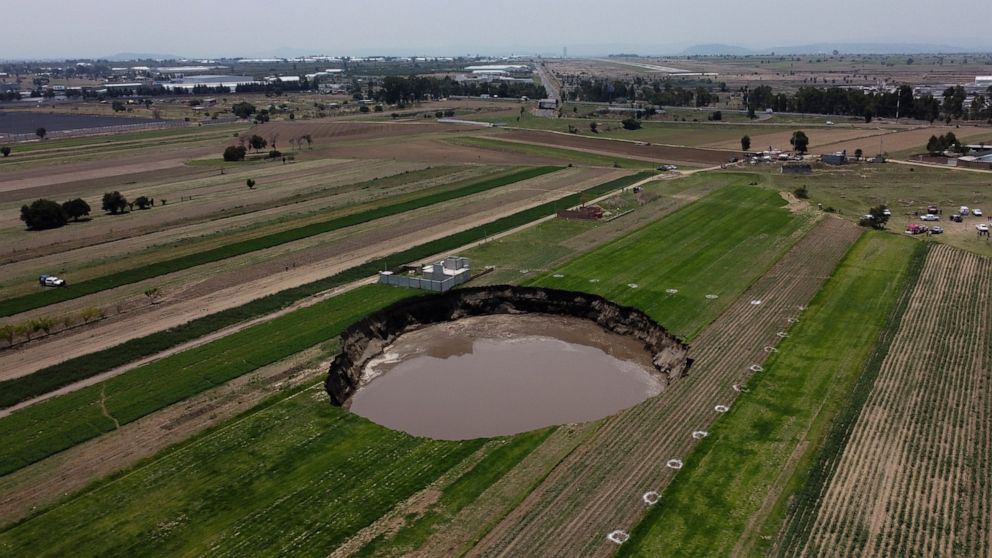 A large sinkhole that appeared in late May in a farm  in central Mexico has now grown larger than a football field, stretching over 400 feet (125 meters) across

MEXICO CITY — A large sinkhole that appeared in late May in a farm in central Mexico has already grown larger than a field authorities say it is likely to continue expanding.

The sinkhole is now over 400 feet (125 meters) across and has begun swallowing a house. The Mexican government has sent in soldiers to keep people 2,000 feet (600 meters) away from the edge of the hole, which is 50 feet (15 meters) deep.

“It’s a very hard time for us. It hurts, because this is all that we have,” said Magdalena Xalamigua Xopillacle, whose brick and cinderblock house on Wednesday was slowly collapsing into the sinkhole. “At times we feel sick from so much sadness.”

Some residents believe the sinkhole is the result of excessive ground water extraction by factories or a water bottling plant in the area. But the bottom of the hole is filled with water that appears to have strong currents, and the national civil defense office said experts think it was caused by something like an underground river.

“It is highly probable that the origin is associated with the presence of subterranean water flows,” the office said.

Citing a risk of further ground fractures, the office warned people to stay away from the site in the town of Zacatepec in Puebla state, east of Mexico City.

“This is not a tourist attraction, or a place to visit with your family,” the office said Wednesday.

Authorities have set up metal barriers and police tape to keep onlookers out, and has restricted flying drones over it.