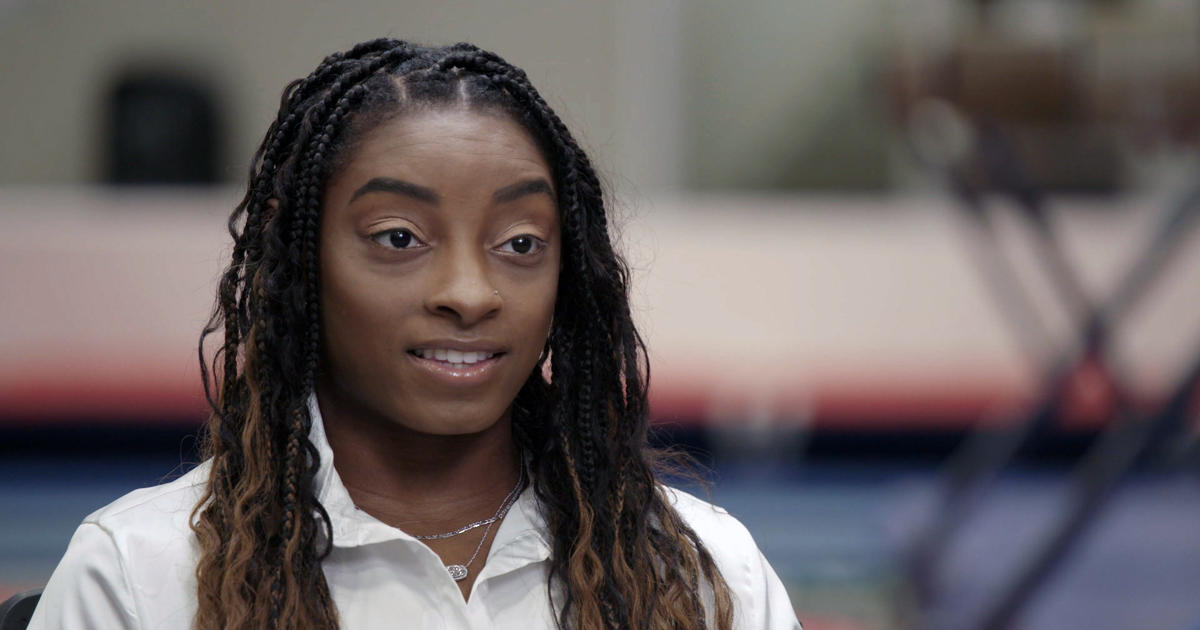 Simone Biles wasn’t sure she could continue her intense workouts and mental focus for another year when the 2020 Summer Games in Tokyo were postponed. The superstar Olympian, who’s won more Olympic and world championship gold medals combined of any gymnast in history, tells Sharyn Alfonsi about the deep doubts she experienced in a 60 Minutes profile to be broadcast Sunday, February 14, at 7 p.m. ET/PT on CBS.

The decision to postpone the games to 2021 due to the pandemic sent a shock of reality to Biles that she says deeply affected her emotionally. She would have to keep up the training  — sometimes six hours a day, six days a week — that dominated most of her life just when she thought she could retire after the 2020 Games. At 23, she is the best in a sport that is dominated by young teens. “I just sat there and I was like, ‘I really don’t know how I’m going to do this…’ Mentally, that was going to be the hardest part because pushing through those trainings when I had in my mind, ‘In three months I’ll be done.’ It’s like, how do you push back for another year?” she tells Alfonsi.

She took seven weeks off after learning of the postponement; it was the longest break she had ever taken as a gymnast. “It took a little bit of time. But then I talked to my coaches and Cecile [Landi] especially was like, ‘You know what, Simone? You’ve trained so hard for this. Why would you give it up?’ And I’m, like, ‘Yeah, you’re right. I didn’t come this far to only come this far.'”

Coming this far included her and many other gymnasts enduring sexual abuse from the USA Olympic Gymnastics Team physician, Dr. Larry Nassar, perhaps the biggest scandal in Olympic history. As a result, Biles says if she ever had a daughter, she would not allow her to follow her mom into the USA Gymnastics program.

“I don’t feel comfortable enough, because they haven’t taken accountability for their actions and what they’ve done. And they haven’t ensured us that it’s never going to happen again,” she says.  Biles says she still wants to know who knew about Nassar and when.

Looking back on many years of hard training, the sexual abuse was not the only problem in the sport, she says. The Karolyi Ranch in Texas, where she spent much of her teen years with other Olympic hopefuls, was shut down after the accusations surfaced against Nassar, who worked at the ranch. But the grueling workouts, and strict diet imposed on such young girls at the ranch were not right either, Biles says. She tells Alfonsi, “It’s not the right training.”

Biles tells Alfonsi about being so hungry in training that she and others stole food at night. “I’ve never really – I’ve never told that to anybody, like, on film or anything. But there would be nights where we’re, like, running with our hoodie up, and we would break into the cafeteria to eat.”

Russia says it's ready to end ties with the European Union