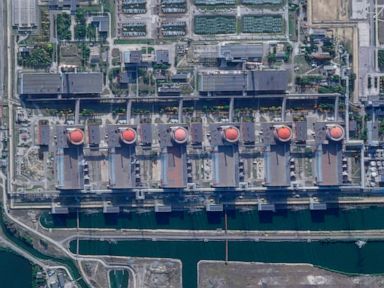 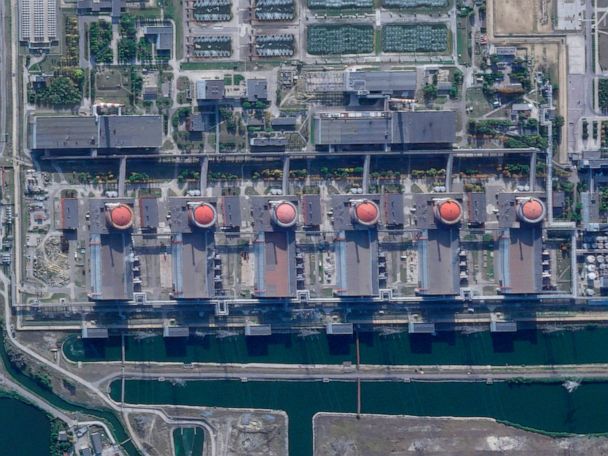 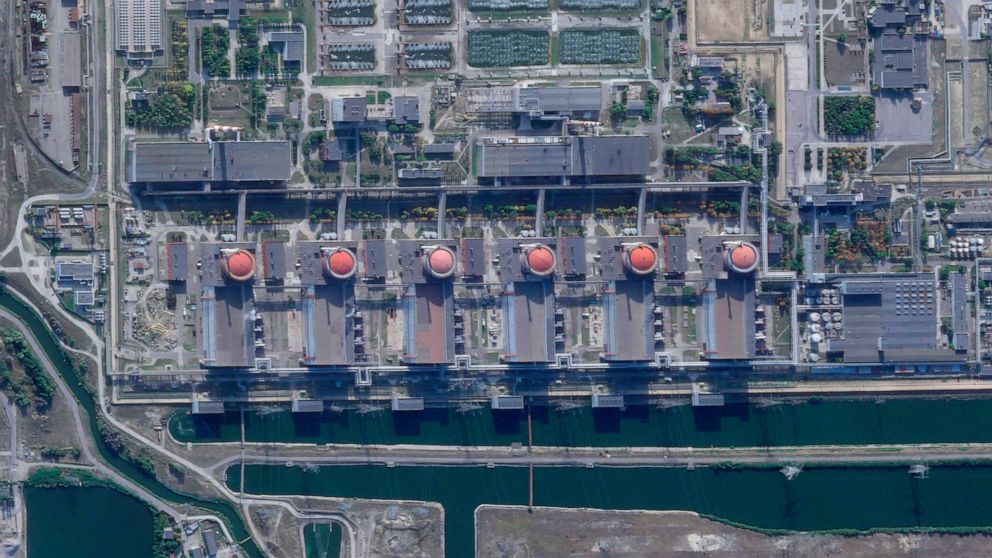 KYIV, Ukraine — Shelling resumed near Ukraine’s Zaporizhzhia nuclear power plant with the warring sides trading blame again on Wednesday, a day after the U.N. atomic watchdog agency pressed for a safe zone there to prevent a catastrophe.

Russian forces fired rockets and heavy artillery on the city of Nikopol, on the opposite bank of the Dnieper River from Europe’s largest nuclear plant, regional Gov. Valentyn Reznichenko said.

“There are fires, blackouts and other things at the (plant) that force us to prepare the local population for the consequences of the nuclear danger,” Reznichenko said. Officials in recent days have distributed iodine pills to residents to help protect them in the event of a radiation leak.

In Enerhodar, where the power plant is located, Dmytro Orlov, the pre-occupation mayor, reported the city coming under Russian attack for a second time Wednesday and was without power. “Employees of communal and other services simply do not have time to complete emergency and restoration work, as another shelling reduces their work to zero,” he said on the Telegram messaging app.

The Russian side blamed the Ukrainians. Vladimir Rogov, the head of the Russia-installed Enerhodar administration, said on Telegram that heavy Ukrainian fighting had caused the city’s blackout, and Russia’s Defense Ministry blamed the outage on Ukrainian forces attacking a power substation.

It’s not possible to independently reconcile the conflicting reports of the fighting, which has caused international alarm.

The head of the U.N.’s International Atomic Energy Agency, Rafael Grossi, warned the U.N. Security Council on Tuesday that “something very, very catastrophic could take place” at the Zaporizhzhia plant. The IAEA urged Russia and Ukraine to establish a “nuclear safety and security protection zone” around the plant.

The fear is that the fighting could trigger a disaster on the scale of the Chernobyl disaster in Ukraine in 1986.

Neither Moscow nor Kiev officials would immediately commit to the idea of a safety zone.

Because of damage from the fighting, the plant is generating electricity only to power its safety systems, a senior Ukrainian official said. The plant normally relies on external power to run the systems that keep the reactor cores cool and prevent them from melting down.

Any further power disruption could force the plant to use back-up diesel generators, but that would entail bringing four diesel fuel trucks a day through the fighting, said Oleh Korikov, Ukraine’s acting chief inspector for nuclear and radiation safety.

“We could potentially be in a situation where we run out of diesel,” he said. “And this can lead to an accident with damage to the active zone of the reactors and, accordingly, the release of radioactive products into the environment.”

The plant also had to activate its diesel generators late last month because of damage, according to Ukrainian officials.

Authorities could consider shutting down the plant, Korikov said, without offering details about how that would work.

The plant’s operator, Energoatom, said that despite the shelling, Ukrainian staff still working at the Russian-occupied plant will try to restore external power through at least one of the seven outside lines.

Russian President Vladimir Putin on Wednesday defied pressure to halt the war, saying Moscow will forge ahead with its offensive in Ukraine and mocked Western attempts to stop Russia with sanctions.

Putin told an annual economic forum in the far-eastern port city of Vladivostok that even though the IAEA didn’t assign blame for the shelling around the Zaporizhzhia plant, claims that Russian forces are responsible are “absolute nonsense.” He asked rhetorically, “Well, are we shooting at ourselves or what?”

He claimed fragments of Western weapons have been found at the plant, denied that Russia has placed military equipment there and said he doesn’t understand why Ukraine would fire on the facility, other than “to create an additional crisis.”

Heavy fighting was reported on three fronts: in the north, near the city of Kharkiv; in the east, in the industrial Donbas region of mines and factories; and in the south, in the Kherson region, where Ukraine has mounted a counteroffensive to try to retake territory the Russians seized early in the war.

Ukrainian forces have taken control of an unspecified number of towns in the Kherson region, military spokesperson Nataliya Humenyuk said.

The eastern city of Sloviansk came under Russian fire on Wednesday morning, and a school and another building were damaged, according to mayor Vadym Lyakh.

Firefighters dug deep into the smoldering rubble of an apartment building and removed at least one body. Chunks of bricks, masonry and concrete lay among torn tree branches, broken glass and roof tiles. Metal doors, buckled by the blast’s force, hung off their hinges.

The strike came at around 4 a.m., said resident Raisa Smelkova, 75, who lives in another part of the building. She and her husband were unhurt. The couple lived through the fighting in Ukraine in 2014, when Russia annexed the Crimea region.

“What is happening now is not just scary, it’s gruesome,” she said. “There is more destruction. Everything is worse. Just everything.”

—Andrei Turchak, the leader of United Russia, the main Kremlin-directed political party, suggested that referendums on joining the Russian Federation could be held in the eastern Donbas and other Russia-controlled areas in Ukraine on Nov. 4, when Russia marks National Unity Day. Russia has already recognized some parts of the Donbas as sovereign.

—The Russian military on Wednesday ended large-scale drills in the country’s east that involved forces from China. It was seen as another show of increasingly close ties between Moscow and Beijing, con trasting with tensions with the West over the war.

Elena Becatoros in Sloviansk contributed to this report.

Follow the AP’s coverage of the war at https://apnews.com/hub/russia-ukraine

Wed Sep 7 , 2022
Arizona Attorney General Mark Brnovich suggested student loan borrowers shouldn’t bank on forgiveness yet, despite President Joe Biden’s announcement last month that he’d cancel up to $20,000 for many. “I think there’s a lot of people celebrating prematurely,” Brnovich said. “A lot of other people are very upset about this, […]