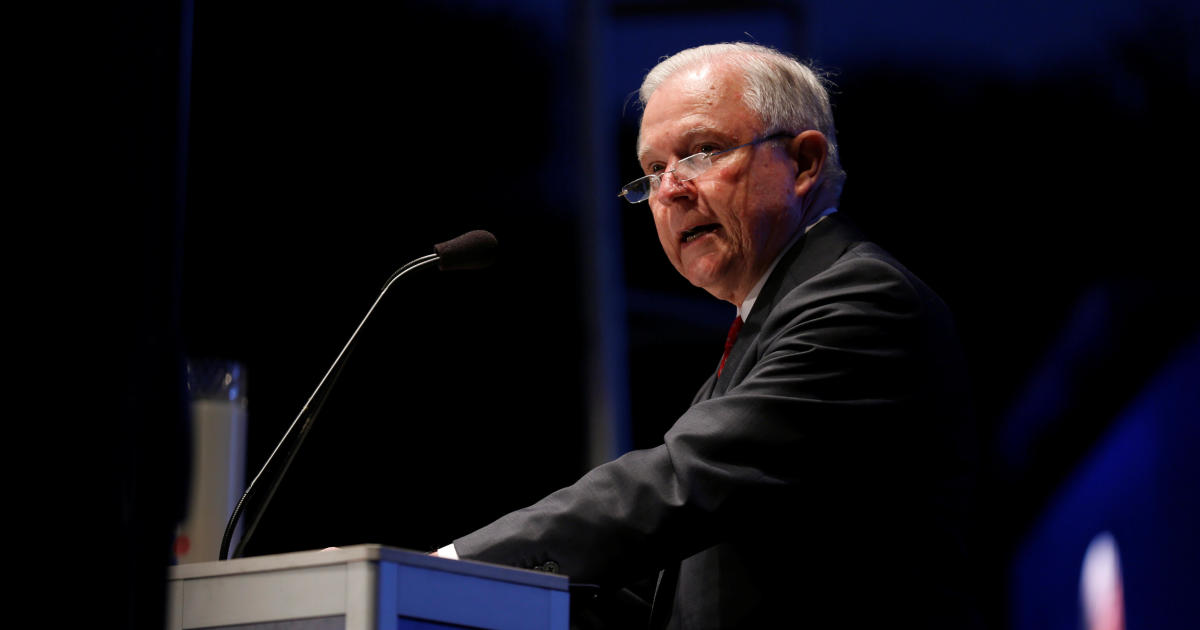 Attorney General Jeff Sessions is directing U.S. attorneys to argue aggressively against injunctions in lower courts that put the brakes on Trump administration policy nationwide, after key pieces of the president’s agenda like his travel ban have been held up in court.

Sessions issued a guideline memo instructing federal attorneys how to make the case that such nationwide injunctions are unconstitutional and make governing virtually impossible. Nationwide injunctions, in which a single federal district court issues a ruling that applies across the entire U.S., have frozen the implementation of the president’s travel ban executive orders and his attempt to dissolve the Deferred Action for Childhood Arrivals (DACA) program.

Without much legislative recourse in Congress, Democrats and groups that oppose the president’s policies have often turned to litigation, CBS News’ Paula Reid reports. Sessions, announcing the policy change in a speech Thursday in Kansas City, said in a statement that “judicial activism” has happened under other administrations, but became worse under Mr. Trump.

“Increasingly, we are seeing individual federal district judges go beyond the parties before the court to give injunctions or orders that block the entire federal government from enforcing a law or policy throughout the country,” Sessions said in the statement. “This kind of judicial activism did not happen a single time in our first 175 years as a nation, but it has become common in recent years. It has happened to the Trump administration 25 times in less than two years.”

“This trend must stop. We have a government to run. The Constitution does not grant to a single district judge the power to veto executive branch actions with respect to parties not before the court. Nor does it provide the judiciary with authority to conduct oversight of or review policy of the executive branch. These abuses of judicial power are contrary to law, and with these new guidelines, this Department is going to continue to fight them.”

Specifically, Sessions’ memo directs U.S. Attorneys to argue before judges that nationwide injunctions are inconsistent with the Constitution’s limits on judicial power; that they have no basis in judicial practice historically; that they impede other courts from debating the law; and that they interfere with judgements belonging to the executive branch and Congress.

Sessions has long expressed frustration with injunctions halting Trump administration policy, perhaps most notably when he lamented that a “judge sitting on an island in the Pacific can issue an order that stops the president of the United States from what appears to be clearly his statutory and Constitutional power.” The attorney general later said his comment about a federal judge in Hawaii was misconstrued.

FEMA official: Bottled water in Puerto Rico was moved to runway to save money

Thu Sep 13 , 2018
A senior official at the Federal Emergency Management Agency (FEMA) says millions of bottles of water were moved onto a runway in Puerto Rico in January as a cost-saving measure as regular water service was restored to the island in the months after Hurricane Maria. Marty Bahamonde, director of disaster […]