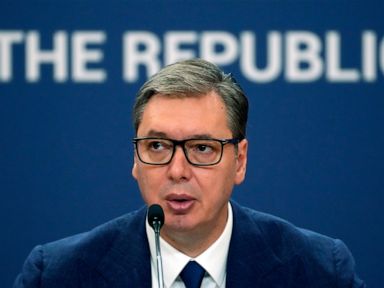 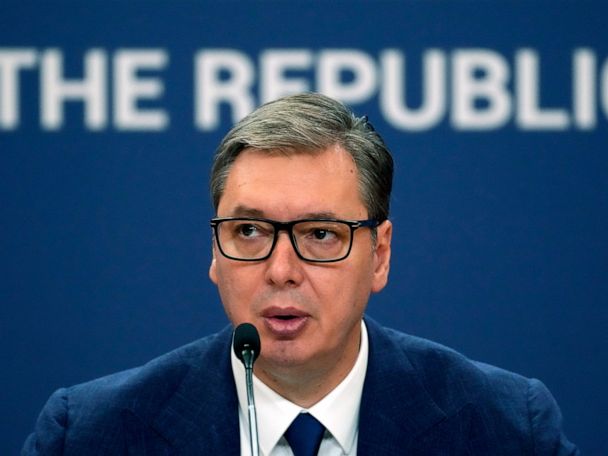 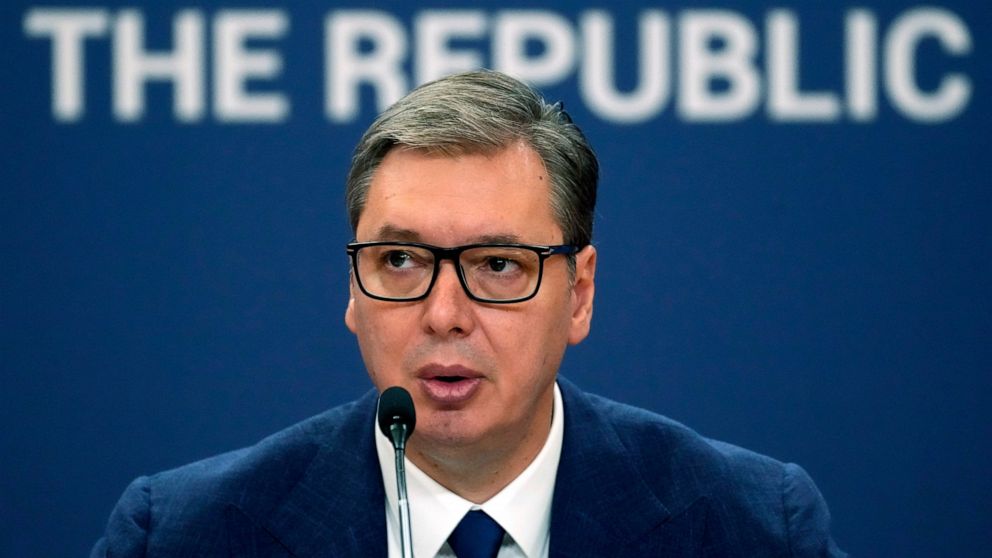 Serbian President Aleksandar Vucic announced the decision to cancel the Sept. 12-18 EuroPride celebration during a news conference where he also proposed extending the term of Serbia’s prime minister, who identifies as a lesbian.

Members of the European Pride Organizers Association chose Serbia’s capital three years ago to host the annual event. Vucic said a crisis with neighboring Kosovo and various economic problems were among the reasons why the Balkan nation’s authorities did not think they could handle EuroPride, which features a Pride parade.

“This is a violation of minority rights, but at this moment the state is pressured by numerous problems,” he said.

“President Vucic cannot cancel someone else’s event,” Garina said. “The right to hold Pride has been ruled by the European Court of Human Rights to be a fundamental human right.”

An organizer in Serbia, Goran Miletic, said police must formally ban the march to prevent it from happening. If they issue a ban, organizers would file a complaint at Serbia’s Constitutional Court. He insisted that indoor events planned as part of the week-long celebration can’t be banned.

“The only thing that can happen is for the police to ban the (pride) march,” Miletic said. “However, such a hypothetical decision would be contrary to the constitution.”

Serbia pledged to protect LGBTQ rights as it seeks EU membership, but increasingly vocal right-wing supporters harass and sometimes attack people based on their sexual orientation or gender identity.

Serbia’s right-wing and pro-Russian groups have gained strength in the past several years and some secured parliament seats during the country’s April general election. Several thousand people recently joined a march in Belgrade against LGBTQ Pride.

“It’s not the question of whether they (extremists) are stronger, but you just can’t do it all at the same moment, and that’s it,” Vucic said. “I am not happy about it but we can’t manage.”

Vucic won another five-year term in the first round of April’s vote, and his Serbian Progressive Party won the general election in a landslide. The president said Saturday that Brnabic, who has led the previous two governments in Serbia, should lead the new Cabinet that is expected to be formed in the coming weeks.

Brnabic first became Serbia’s prime minister in 2017, in what was seen as major change for the country that is predominantly conservative and male-dominated. Brnabic lives with her female partner, but LGBTQ groups have criticized the prime minister, saying she has done little to improve the position of lesbian, gay, bisexual, transgender and queer individuals in Serbian society.

EuroPride was first celebrated in London in 1992, and Belgrade was set to be the first city in southeast Europe to host the event, according to organizers. Next month’s event was expected to attract thousands of people from throughout Europe.

Vucic said the celebration could be postponed for “happier times.” He insisted that state authorities must plan instead for energy problems anticipated for the winter, partly as a result of Russia’s war in Ukraine.

The Serbian government has condemned the Russian invasion but has refused to join Western sanctions against Russia.

Vucic said tensions with Kosovo, a former Serbian province whose independence the government in Belgrade has refused to recognize, were another source of pressure on authorities.

The tensions soared last month from a dispute over travel documents and license plates, and have raised concerns about instability in the Balkans, where multiple wars were fought amid the breakup of Yugoslavia. Serbia relies on support from Russia and China to continue claiming that Kosovo is part of its territory.

Washington and most EU countries have recognized Kosovo independence. U.S. and EU envoys visited Kosovo and Serbia earlier this week in an effort to ease the tensions.

The 10 best U.S. cities for new grads to start a career—and none are New York or LA

Sat Aug 27 , 2022
For new college graduates, the best cities in the U.S. to begin a career aren’t coastal — they’re in the Midwest, according to a recent ranking that has St. Louis at the top of the list. Since college grads tend to earn less earlier in their careers, an analysis by […]