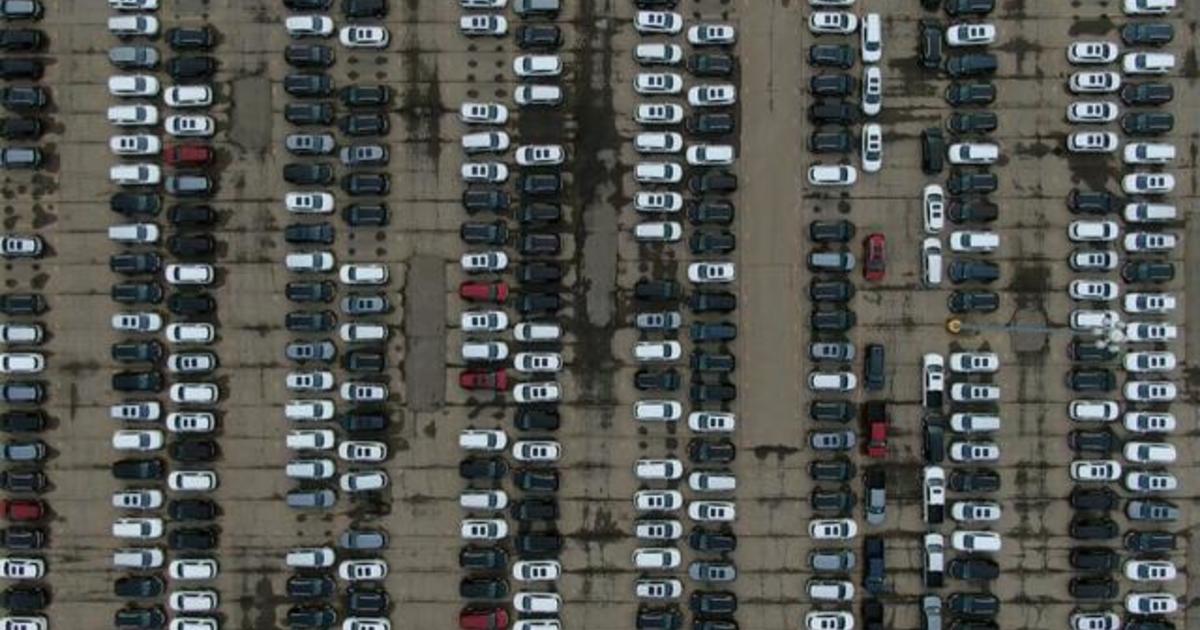 There’s not a window in the place and yet Miller’s Bar in Dearborn, Michigan, has always had a pretty good view of history. The restaurant has been around for 81 years, said co-owner Dennis Miller.

But when the global shortage of semiconductors  — a tiny piece of technology — forced the nearby Ford plant to trim production of its F-150 trucks, Dennis Miller knew his business would have to tap the brakes too.

“How much of your business is tied to the auto industry, you think?” asked Cowan.

Like clockwork, his barstools would prop up the tired and the hungry line of workers just getting off their shift. Some still come, but most of his regulars are home pinching pennies.

Miller said he is not sure how much longer the chip shortage will last. But he would guess it will be “another year” before companies start “getting out cars again.”

All around Detroit, brand new vehicles sit sequestered, waiting for some far away chip to make them whole. Sitting there means they’re not sitting at car dealerships. Robert luliano, a salesman for Chrysler in Southfield, Michigan, said that the dealership used to have more than 25 salesmen but is now down half.

About twenty-five years ago, semiconductors were made right in the United States. Now, 75% of the manufacturing is done in Asia. The change has been the topic of conversation at union halls for years.

Most of his members work up the road at a General Motors plant which had been churning out Chevy Traverses and Buick Enclaves. But it’s eerily quiet these days. The chip shortage has kept employees Brian Stead and Danielle Hinton out of work since the summer.

“How much longer do you think you guys can hold on?” Cowan asked.

“Honestly, I don’t know. As long as I have to. It’s definitely scary. But what can you really do, you know, besides just wait?” Hinton said.

“It involves decisions that people are making on the other side of the globe that are gonna affect whether or not, or if, when we go back to work,” Stead added.

“That you have no input on.” Cowan replied.

GM says workers will be back the first week of October, but for how long, no one knows.

“We don’t know what amount of parts are gonna come to us. We don’t know how long they’re gonna sustain being able to supply us,” Huerta said.

Stefan Farrell’s restaurant Tony M’s is doing its best to keep up. He used to have 39 employees but is now down to 19 due to the chip shortage.

“I have no family that I have concerns about. But a lot of my friends that I work with, you know, they got family, kids, you know? They got bills. They got doctors appointments, dentist appointments,” Pulido said.

Back at Miller’s Bar, as the lunch rush starts winding down, Dennis Miller surveys the landscape, wondering what dinner will bring.

“It’s like everything else. You’ll get through it. It’s just you gotta grin and bear it,” Miller said.

Fri Sep 24 , 2021
An Oklahoma man who took part in the Jan. 6 U.S. Capitol insurrection and took a beer from a refrigerator in the building has pleaded guilty to a misdemeanor ByThe Associated Press September 24, 2021, 4:34 PM • 1 min read Share to FacebookShare to TwitterEmail this article OKLAHOMA CITY […]