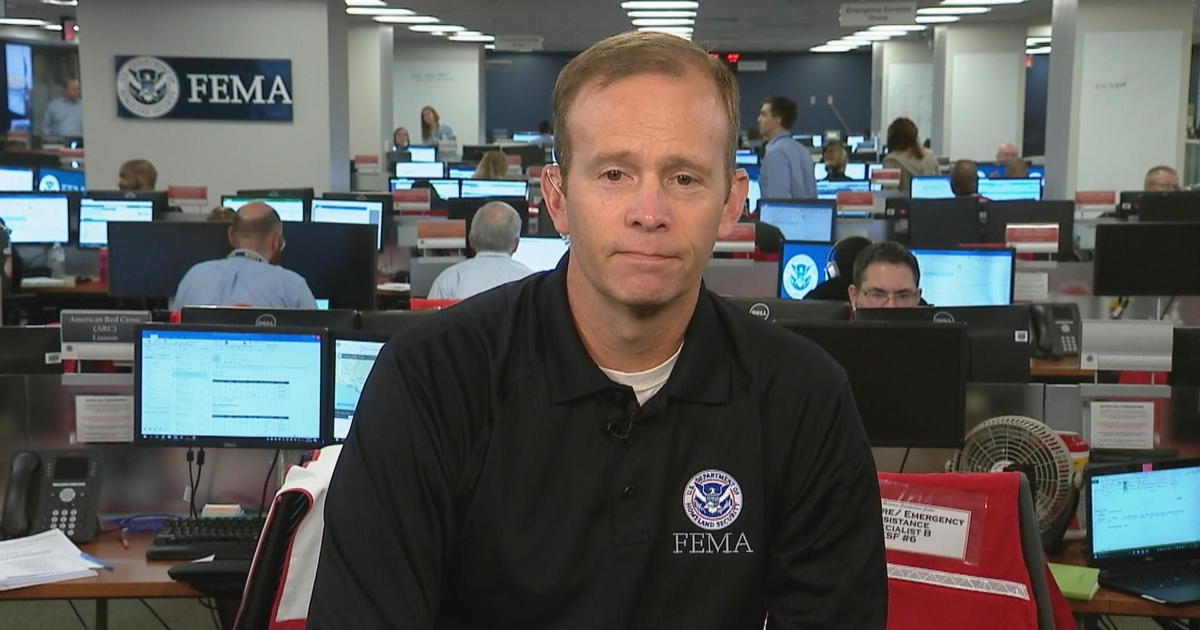 Hurricane Michael strengthened to a powerful Category 4 storm early Wednesday as it barreled toward the Florida Panhandle. It could be the worst storm ever to hit that region and has nearly 30 million people in the Southeast in its crosshairs. Wednesday morning, FEMA administrator Brock Long had an urgent message for residents staying behind in evacuation zones: it’s not just about your safety.

“More importantly you may be putting other lives in danger as well if other people are staying with you. It’s truly unfortunate. We saw this in Florence. You know, we put the warnings out and a large portion of people died in their vehicles driving over flooded out roads even though we’re saying turn around and don’t drown so this is just an unfortunate element that comes with all of these storms,” Long told “CBS This Morning” on Wednesday. “But unfortunately there’s always people that seem to know better than us.”

Hurricane Michael continued to gain strength Wednesday morning and as of 8 a.m. ET, was packing top sustained winds of 145 mph. Officials are most worried about the expected storm surge which could reach as high as 13 feet. Florida Gov. Rick Scott issued a blunt warning just after 8 a.m. Wednesday morning to those who haven’t evacuated already.

“Well, you’ve waited too long. You’ve got to hunker down. You’ve got to get shelter as quickly as you can. This thing is coming….I think what people didn’t realize is it could get worse. 145 mph winds now. 12 inches of rain, we’ll have flash flooding. But the thing that’s so different is the unbelievable storm surge. We’re having as much as 13 foot of storm surge. What that storm surge comes in, you have no control of it,” Scott told “CBS This Morning.”

Hurricane Florence brought devastating storm surges and deadly floodwaters to the Carolinas just last month. FEMA is still working on cleaning up after that storm, which is blamed for 42 deaths.  According to the National Hurricane Center (NHC) the storm is forecast to weaken as it moves through the Southeastern U.S., dumping rain on many of the same areas that are still dealing with the aftermath of Florence’s flooding.

“The unfortunate aspect about Hurricane Michael is that this is going to not only be a massive hit to the Florida Panhandle and the coast, but it’s going to maintain hurricane-force winds through the state of Georgia as well as dump additional rainfall across the Carolinas. And with Florence, you know, the Cape, Fear River just started to recede around October 8, October 9. But we’re forecast — they’re forecasting another 3 to 6, possibly 8 inches into the Cape Fear River Basin which is truly unfortunate,” Long said.

Despite the increasing strength of the monster storm, Long is confident in Florida’s preparedness.

“Typically, Florida has their act together. Governor Scott and the Florida Division of Emergency Management are very well organized and stay on top of those things. So we hope we don’t see too many issues, but if we do we’re ready to stand by and support as much as we can.”