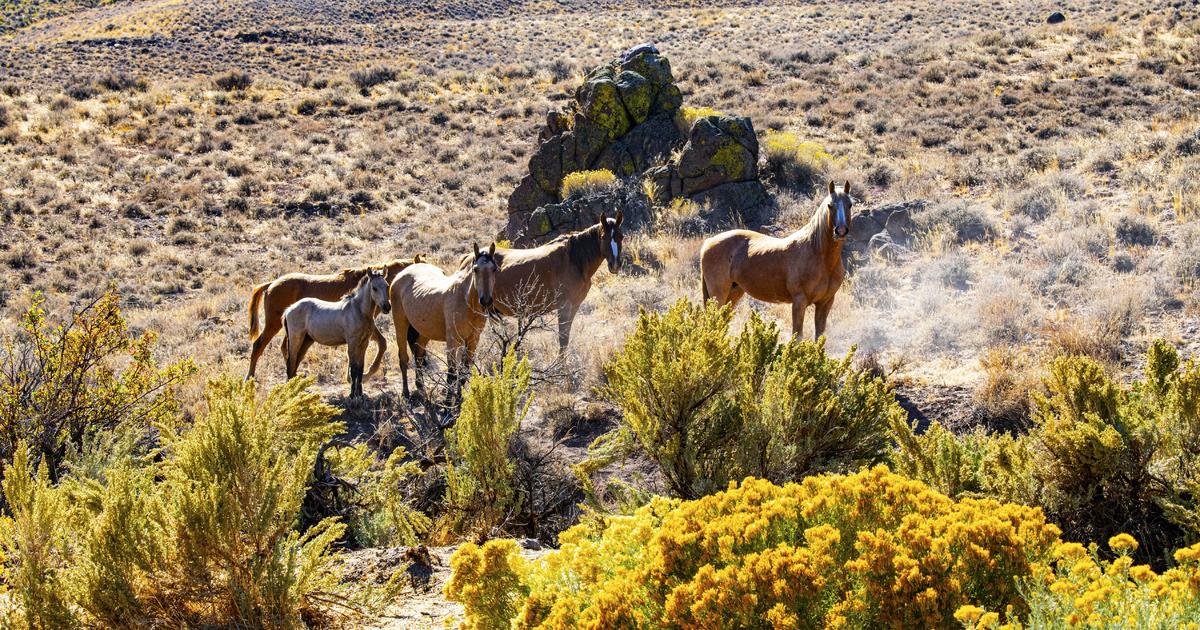 The reward has grown to $10,000 as authorities continue to search for the killer or killers of five wild horses shot last fall in eastern Nevada about 70 miles west of the Utah line.

Four horses, including one with an aborted fetus attached, were found dead within 600 yards of each other on Nov. 16 in Jakes Valley about 30 miles west of Ely and 2 miles south of U.S. Highway 50.

A fifth horse was still alive but wounded so severely it had to be euthanized, the U.S. Bureau of Land Management said.

The bureau announced on Thursday the American Wild Horse Campaign was adding $5,000 to the $5,000 reward the agency earlier offered for information leading to the arrest and conviction of anyone responsible for the horses’ deaths.

“We hope that increasing this reward will help lead to an arrest and conviction for this cruelty,” said Holly Gann Bice, director of government relations for the campaign.

A necropsy determined that the horses ranged in age from about 18 months to six years old. The animals were killed on or about the day a member of the public reported their discovery on Nov. 16, the bureau said.

“The person(s) who committed these heinous acts should be brought to justice, and we thank the Bureau of Land Management for offering a reward to find those responsible,” Bice said.

The BLM investigates and prosecutes the killings of wild horses as part of the agency’s enforcement of the Wild Horse and Burro Act of 1971.

Fri Sep 16 , 2022
For the first time in the comedy skit show’s nearly half-century history, “Saturday Night Live” will have an openly nonbinary cast member. Molly Kearney, a comedian and actor known for their role as Fern Dannely in Amazon’s “A League of Their Own,” will be among the new actors joining the […]