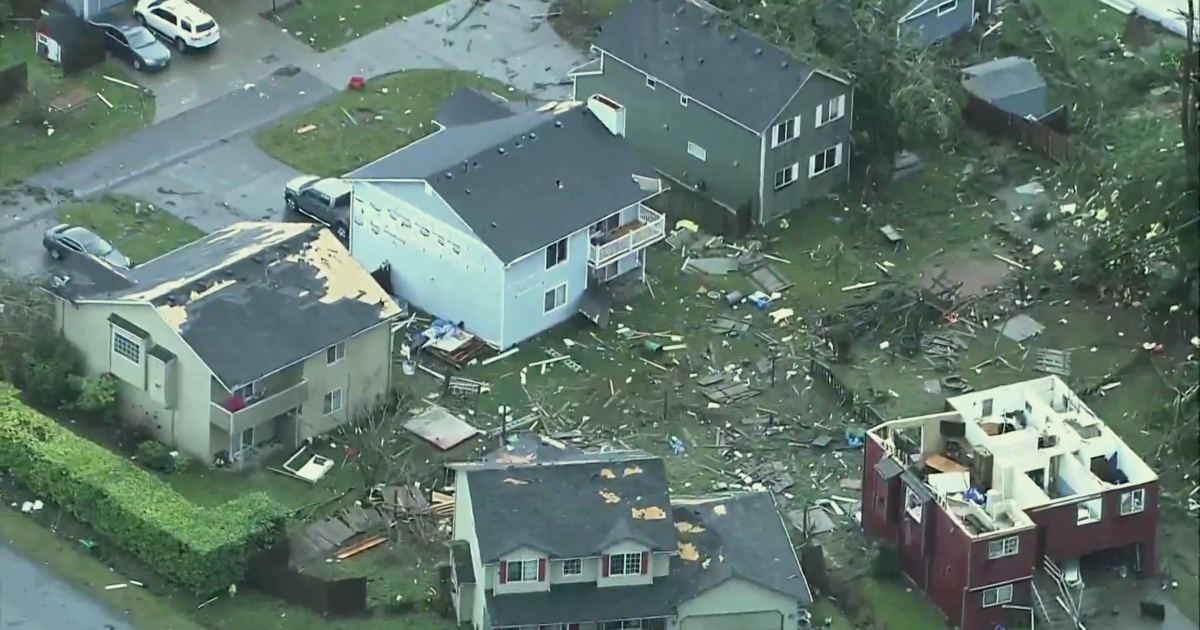 Port Orchard, Wash. — A confirmed tornado touched down near Port Orchard in Kitsap County about 45 miles west of Seattle, according to the National Weather Service in Seattle. The service said it hit shortly before 2 p.m. Local media said several homes were damaged and trees toppled.

CBS affiliate KIRO-TV in Washington reports the tornado hit before a warning could be issued.

Debris, including leaves and litter, was apparently lifted at least 6,000 feet into the atmosphere, KIRO added.

The Kitsap County Sheriff’s said there was “catastrophic damage” in the Port Orchard area, including downed power lines. They also said local gas companies are checking their systems for any leaks. Authorities also urged motorists to stay clear of the area.

There wasn’t any immediate reports of any injuries.

NWS said it will send a team Wednesday to the area and said it’s too early to “speculate on the strength of the tornado.”

How rare was the Washington tornado?

CBS News weather producer David Parkinson said the last tornado warning in the U.S. was nine days ago, and the last severe warning was four days ago. December is the least severe month of them all.

NWS said Washington state sees an average of 2.5 tornadoes a year — let alone any in December.

Sears to take $443 million in charges arising from store closures