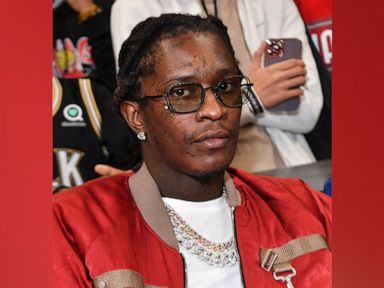 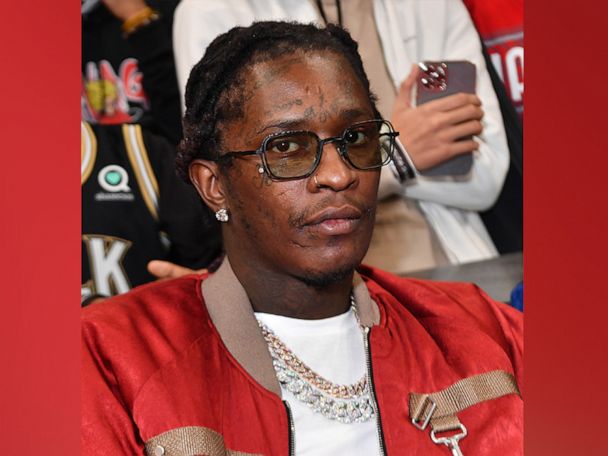 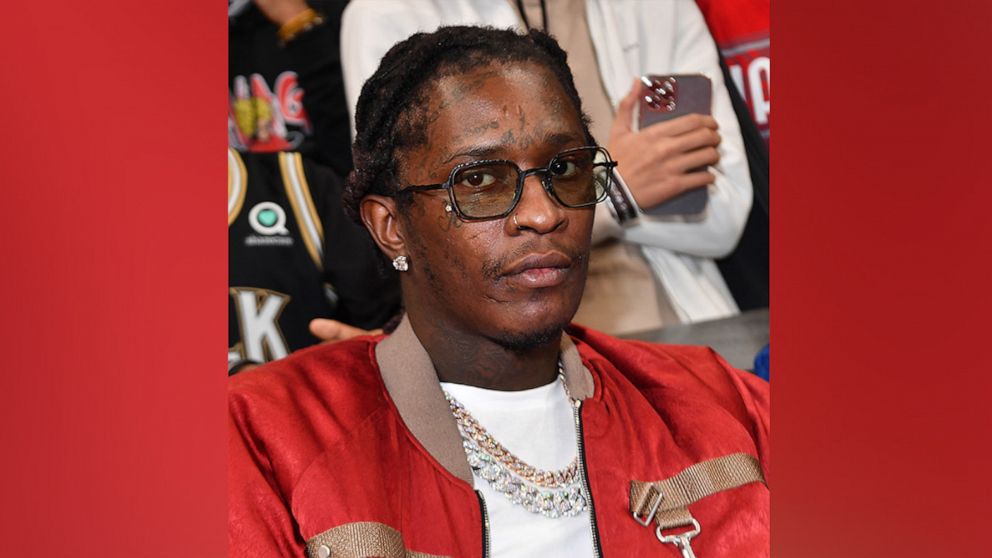 The Grammy-nominated rapper was arrested in Atlanta on Monday.

Prominent Atlanta rapper Young Thug was arrested on Monday on gang-related charges after being named in a sweeping 56-count grand jury indictment in Georgia.

The rapper was among 28 people allegedly associated with the Atlanta-based Young Slime Life (YSL) gang, which authorities say he founded in 2012, who were charged with conspiring to violate the state’s Racketeer Influenced and Corrupt Organizations (RICO) act, according to charging documents obtained by ABC News. YSL is also the name of his record imprint, Young Stoner Life, and a number of those charged are associated with the label.

RICO cases have been used to take down the Mafia among other criminal enterprises.

Steel said that Young Thug is currently in custody and the court will set a hearing in the near future to consider bond.

Atlanta-based rapper Gunna, whose real name is Sergio Giavanni Kitchens, was also named in the indictment on one count of conspiring to violate the RICO Act. ABC News has reached out to representatives for Gunna but a request for comment was not immediately returned. It is unclear if he has been arrested.

According to the indictment, among the objectives of the alleged conspiracy was “preserving, protecting and enhancing the reputation, power and territory of the enterprise through acts of racketeering activity including murder, assault and threats of violence.”

Authorities say Young Thug is one of the founders of an Atlanta “criminal street gang” called YSL, which started in late 2012 and “claims affiliation with the national Bloods gang,” according to charging documents.

Record label Young Stoner Life was announced in 2016 by Young Thug and is an imprint of 300 Entertainment. More than a dozen artists are signed to the Young Stoner Life label, including Gunna. ABC News has reached out to representatives of the music label but a request for comment was not immediately returned.

Young Thug, who rose to the national spotlight in 2014 with songs like “Stoner,” is an influential Grammy-winning hip-hop artist who has collaborated with artists like Gucci Mane, Kanye West, Drake, Future, T.I. and Travis Scott.

“Jeffery Williams, an Atlanta-based hip-hop artist, made YSL a well-known name by referring to it in his songs and on social media,” according to the indictment, which also references several of Young Thug and Gunna’s lyrics and music videos that include mentions or symbols of YSL.

Referencing the lyrics of hip-hop artists in alleged criminal charges is not new and is a practice that has drawn criticism from freedom of speech advocates and artists, who argue that music is art and should be protected.

Most recently, a law was introduced in the New York Senate that “limits the admissibility of evidence of a defendant’s creative or artistic expression against such defendant in a criminal proceeding.”

The law, titled “Rap Music on Trial,” was backed in January by hip-hop stars like Jay-Z, Meek Mill, Big Sean and Fat Joe, who wrote a letter expressing their support for the legislation.