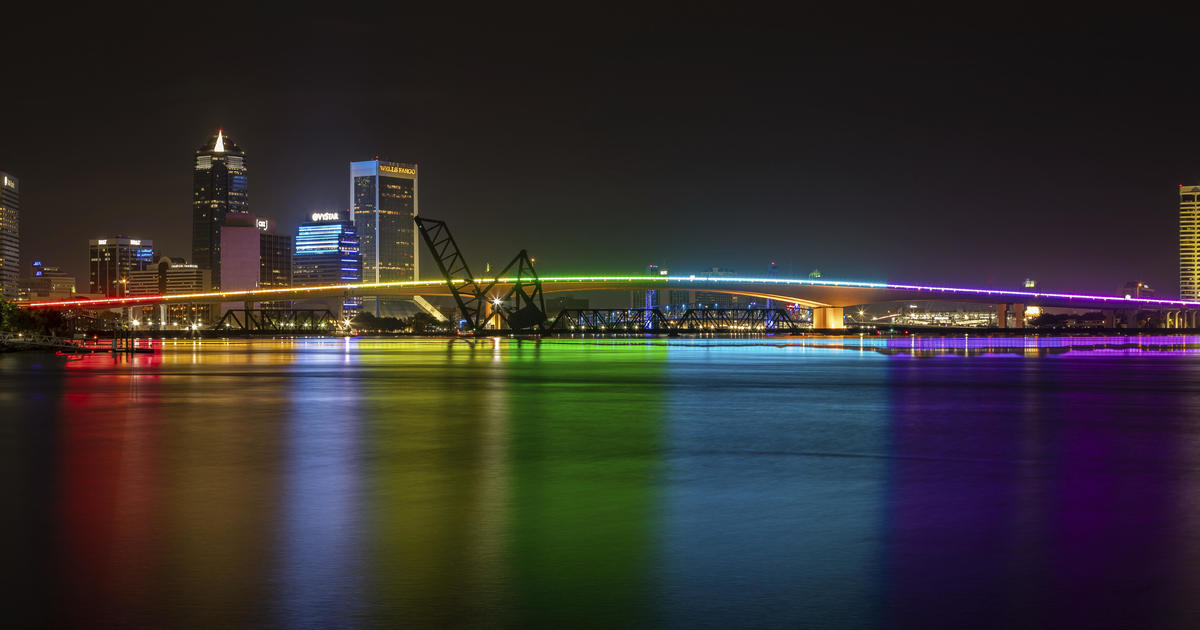 A bridge in Jacksonville, Florida, was illuminated in rainbow colors once again, after the Pride Month display was abruptly changed earlier this week. The Acosta Bridge was lit up to honor the LGBTQ community on June 7 — but on June 8, the colorful display was changed to blue lights, CBS affiliate WJAX-TV reports.

Jacksonville Transportation Authority planned to have the rainbow display on until June 13. The authority told WJAX that the Florida Department of Transportation informed them the rainbow lighting scheme was out of compliance with its current permit.

But the state agency rejected that claim. In a statement to the affiliate, the department said: “Aesthetic lighting on the Acosta Bridge is owned and operated by JTA. Questions about their lighting system, function and permit should be referred to JTA.”

Since the state department reports to Governor Ron DeSantis, many on social media blamed his administration for the change. But Taryn Fenske, the governor’s communication director, refuted that a tweet on Wednesday. “I want to be very clear that we/our office had no involvement,” she wrote.

In a statement to WJAX-TV, the governor’s office said that the lights would be changed back Wednesday evening. A spokesperson also referred WJAX to the state for further updates.

“It’s kind of appalling that it’s gone from something that’s a celebration to now a controversy,” Gaskill said.

In response, Jacksonville residents are planning a “Walk the Acosta with Pride” event Saturday. They plan to walk across the bridge holding rainbow flags, WJAX-TV reports.

The state Department of Transportation had stopped another Pride Month display in Sarasota, Sarasota Herald-Tribune reported last week. The department rejected the city’s request to light the John Ringling Causeway Bridge in rainbow.

The Jacksonville bridge is lit in various colors throughout the year — on Memorial Day, it was red and for Black History Month, it was lit in red, black and green, WJAX-TV reports.

The lighting schedule is created by the Jacksonville Transportation Authority board each month. While the Acosta Bridge is owned by the state agency, the lights are owned and operated by the authority, the affiliate reports.