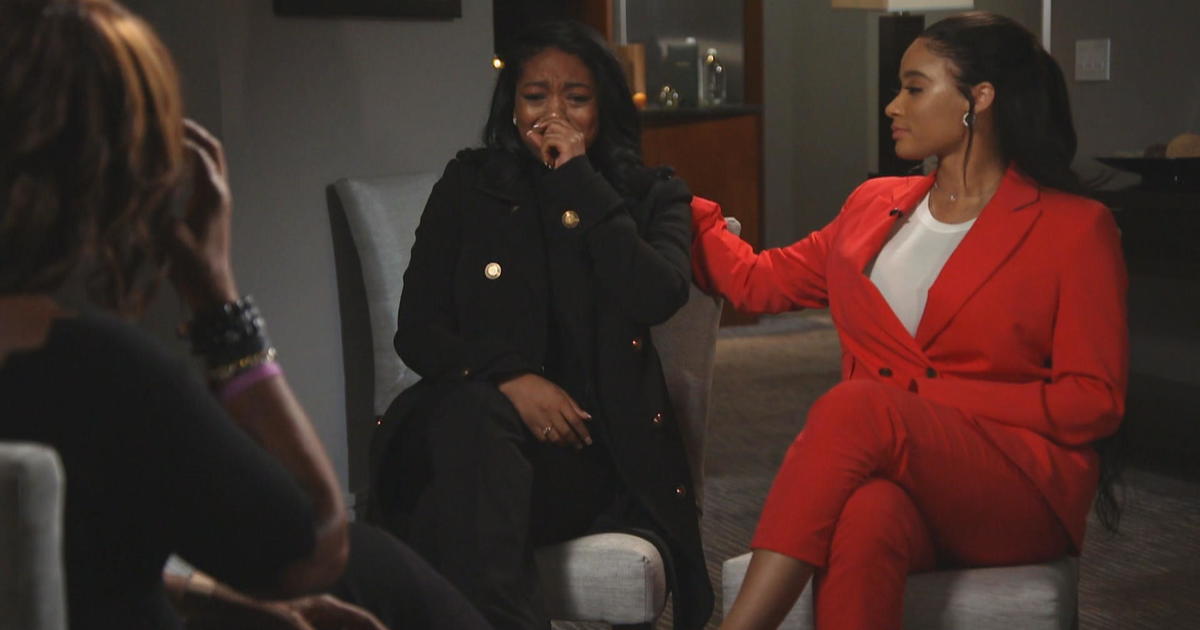 Two women who live with R. Kelly are defending him and their relationship with him. Azriel Clary, 21, and Joycelyn Savage, 23, told “CBS This Morning” co-host Gayle King they love Kelly even though their families claim he has brainwashed them. The women said there is nothing inappropriate about their relationship with the 52-year-old.

“What is your relationship, both of you, with R. Kelly?” King asked.

“We’re with him, that’s our relationship,” Clary said.

“We live with him, and we’re in a relationship with him, we just said it,” Clary said.

“Yes,” they said, with Savage adding, “Most definitely.”

“How do we say this without being inappropriate? Is this a three-way relationship, or do you each have a separate relationship with him? How does this work? I’m curious,” King said.

“Well, both of those,” Clary said. “We both have our individual relationships with him, and we all are family all together. We have our moments where we sit and watch movies all together, we go to amusement parks all together.”

“I’m not talking about, Azriel, going to movies and sitting, watching – going to parks. I’m talking about is it – is it a three-way sexual relationship between the three of you?” King asked.

“Sexually, well, first of all, I’m not here to talk about my personal life, and I would never share with no one what I do in or outside of the bedroom. And as a woman, I’m sure you would not either,” Clary said.

“Okay, then, so next question,” Clary said.

“No, you’re right, I would not, but this is a very different circumstance. And I think it’s a fair question,” King responded.

“It’s not a different circumstance. There are people all over the world who have multiple girlfriends. It’s no different,” Clary said.

“Do both of you all believe you’re in love with him?”

R. Kelly snuck into the room while the interview was in process, despite his team agreeing he would not be present.

Asked whether their parents should be concerned, Clary said, “No.”

“Well, my parents knew where I have always been. For four years, they have known. They know that I’ve been well taken care of,” Clary said.

“They never thought you were missing, Azriel. They just were wondering if you were okay,” King said.

“Well, my parents have actually came to Chicago and seen me a few times. They’ve – I’ve talked to them. They stopped answering my calls,” Clary said.

Following Kelly’s emotional interview with King, Savage called her family on Wednesday for the first time in years to let them know she’s OK. Less than an hour before Savage called, the family held a news conference, urging their daughter to contact them. “I’m just letting you know I need you guys to understand that I’m very happy,” Savage told them on the call.

King told Clary she spoke with her father the day before their interview. “He says, ‘My daughter is brainwashed,’ and he’s very concerned. He said he was here two days ago, and you wouldn’t even look him in the eye,” King said.

“Okay, I wouldn’t look him in the eye because he’s a liar. He’s a manipulative liar,” Clary said.

“I’ll tell you why they’re concerned, Azriel, because they say, ‘She’s 17. We found text messages that indicated that she was having sex with R. Kelly when she was 17.’ Is that true?” King asked.

“Why would they want to lie about you, their daughter?”

“Okay, so when I first met Robert, my parents told me to lie about my age. So when I met him, he thought that I was 18,” Clary said. “On top of that, when I was 17, my parents were actually making me, trying to get me to take photos with him, take sexual videos with him, all kinds of stuff.”

“Wait, wait, wait. Your parents encouraged you to do sexual videos with R. Kelly?” King asked.

“Yes,” Clary said. “Yes, and they said, because if they ever have to blackmail him, what they’re trying to do now, they can use it against him, which is exactly what they’re doing.”

Savage nodded in agreement, adding, “everything that she’s saying is true.”

“Both our parents are basically out here trying to get money and scam, because they didn’t agree on what happened, you know, with music or whatever it could be. And they’re just very upset,” Savage said.

“This is the first I’m hearing, to be honest with you, that your parents are trying to get money from R. Kelly. Because your father told a very different story to me last night,” King said.

“Yeah, well, yeah, he’s– he’s the manipulator,” Clary said. “He’s very manipulative, so he’s the one you need to watch out for. But my dad and my mom… they started to send threats to both me and him. They said, ‘Oh, I’ll put all your naked pictures all over the world. I’m going to ruin you, I’m going to ruin him. If he doesn’t send $20,000 to this bank account by Monday, oh, I’m gonna put everything out there, and then $10,000 after that.’ You’re trying to solicit me like I’m some f***ing ho. I’m not, I’m your child.”

“I’m crying, because you guys don’t know the truth! You guys believe in some f***ing facade that our parents are saying. This is all f***ing lies for money, and if you can’t see that, you’re ignorant and you’re stupid as f***, because you want to be. All because that’s the world we live in. Negativity sells, gossip is what sells, rumors are what sell,” Clary said.

Both sets of parents deny ever asking Kelly for money or receiving money from him. In a statement after this interview aired, attorney for Clary’s parents, Michael Avenatti, released a statement, saying in part: “Azriel’s parents never attempted to blackmail anyone and never suggested their daughter take nude photos or sexual videos. And they have never asked R. Kelly for a single penny. These are absolute lies fabricated by R. Kelly and we have evidence to show that these claims are bogus.”

Kelly went back to jail on Wednesday for failing to pay his child support bills. His arrest over the more than $161,000 he allegedly owes happened during a hearing in Chicago, hours after our interview with him first aired. Kelly currently faces 10 counts of aggravated criminal sexual abuse. Court documents allege three of the four accusers were underage at the time. Kelly has pleaded not guilty to the charges against him.

King asked R. Kelly about allegations that he lured women with promises of helping their singing careers. Kelly claimed it was Savage’s mother who pushed him on the issue.

“She started promoting that Joycelyn could sing. And she was a singer. And she’s trying to be a singer and, you know, you know, wanting me to produce her or whatever. I said, ‘Well, you know, let her sing.’ She sang. And she couldn’t sing,” Kelly said.

“But how does it go from she can’t sing, you don’t think she has the talent that you like, but she ends up being with you, spending time with you, living with you?” King asked.

He said he’s not with Savage for the talent.

King asked Clary and Savage whether either of them wanted to sing. “No,” they both responded.

“That’s another lie,” Clary said, adding, “Let me tell you something about singing, actually. Before I even met R. Kelly, I told my parents I did not want to sing. My parents made singing like a job for me… It’s not something I wanted to do… Not only that, I even tried to kill myself because I did not want to sing, as a cry out for help, to tell them, this is not what I want to do with my life. This is not how I want to spend my life.”

“Yeah, your father told me that, that you had tried to take your life, and that the only thing that made you happy was singing,” King said.

Asked what they want to do in terms of their career, Clary responded, “Honestly, I’m happy doing what I’m doing. I haven’t figured out what I want to do with my life, but I know when that time comes, we know Rob is gonna support us regardless.”

“Right, most definitely. He’s our full support, and we’re his full support. And all we need is each other,” Savage said.

Thu Mar 7 , 2019
More than a year after special counsel Robert Mueller secured an 18-count indictment against Paul Manafort on charges related to tax and bank fraud, the former campaign chairman for President Donald Trump will face the first of his two sentencing hearings on Thursday afternoon. A Virginia-based jury found Manafort, 69, […]