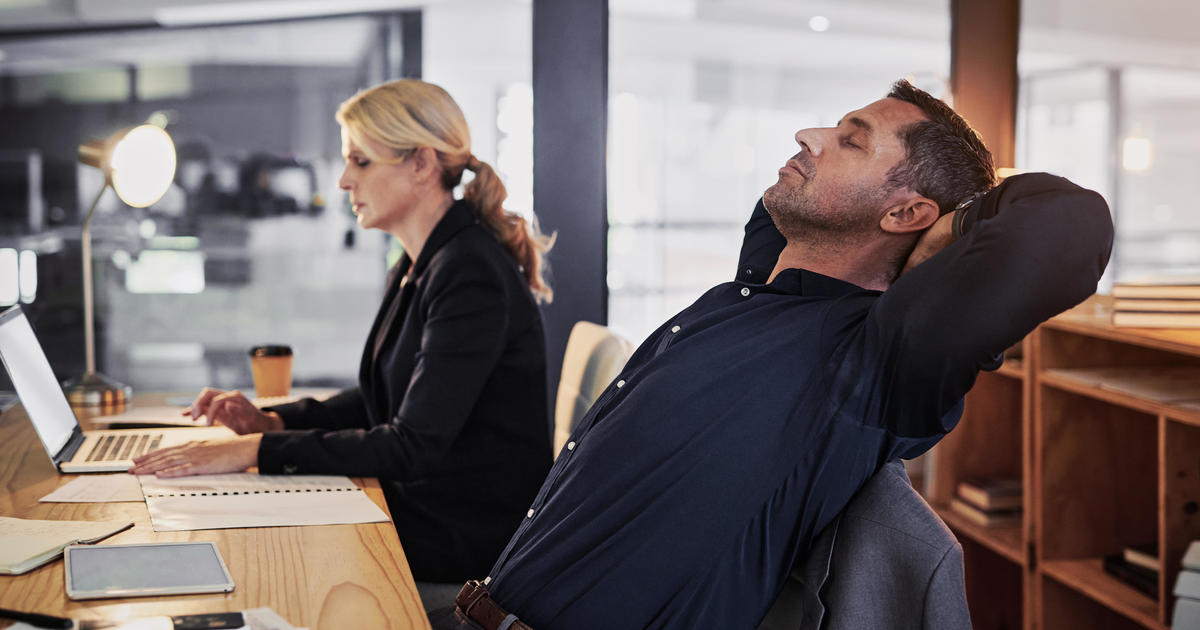 There’s a new term for clocking in and doing the bare minimum at work: “quiet quitting.” The phrase is percolating through career sites like LinkedIn, where some job coaches and executives are cautioning against the practice, and on TikTok, where workers are going viral by explaining why they’re jumping on the quiet-quitting bandwagon.

What everyone can agree on is that the term doesn’t mean that an employee has quit, but rather that they are setting boundaries at work and refusing to go above and beyond in completing their duties.

The emergence of the quiet-quitting phenomenon isn’t a fluke, experts say. It is partly a byproduct of the COVID-19 pandemic, when millions of workers lost their jobs as the disease shuttered the economy. Although most have found new jobs or been rehired, the nation’s workforce remains smaller than prior to the health crisis. That is putting more strain on existing employees, who are often asked to do more for the same pay.

“People see ‘quiet’ and ‘quitting’ and they think it’s about quitting, but really what quiet quitting means is someone who has decided, ‘I want to prioritize my well-being overall and things outside of work’,” Elise Freedman, senior client partner at consulting firm Korn Ferry, told CBS MoneyWatch.

But, she added, “This is different from someone who is disengaged.” Instead, it’s about doing what is required of them, without volunteering for an ambitious project, agreeing to work at nights and weekends, or otherwise going the extra mile in ways that Americans are traditionally encouraged to as a way to demonstrate their worth to an employer.

It’s also no coincidence that the movement comes after the so-called Great Resignation, when a record number of Americans quit or changed their jobs. With employers struggling to recruit new hires, for the first time in years employees have gained more leverage to find better-paying roles, demand higher pay, and even unionize to push for better working conditions and benefits.

But with the economy showing signs of slowing and inflation at a 40-year high, many workers may not feel secure enough to leave their jobs at the moment and are finding other ways to cope, noted Syracuse University professor of psychology Kevin Antshel.

“Thus, we have a ‘perfect storm’ of circumstances driving the present ‘quiet quitting’ trend,” he said in an email.

To some extent, quiet quitting may represent an evolution of the Great Resignation, with Americans pushing back against blithe employer expectations that they’ll obediently put in more hours each week without additional compensation. Whether the trend grows from a spark into a roaring fire that broadly reshapes cultural attitudes toward work and labor practices may depend on whether workers maintain the upper hand with employers.

At the same time, labor productivity has been on choppy since the pandemic, with some economists suggesting that stress has hit workers’ output.

Still, there’s some irony in calling the trend “quitting” when workers are still showing up for their jobs and doing their work.

“It just means you do the job required of you during normal working hours and then you clock out and live your life,” one observer wrote on LinkedIn. “So we’ve become so work and hustle culture obsessed that now doing your regular job is referred to as QUITTING?! That is nuts.”

Other experts voice caution about jumping on the trend, especially for workers who have traditionally faced hurdles in career advancement, such as people of color and women. For one, people of color typically benefit from being visible to their bosses, leading to opportunities to learn new skills and win promotions, while setting firmer limits on work won’t necessarily deliver results, said corporate mentorship expert Jha’nee Carter, owner of The HRQueen, whose popular TikTok video on the issue warned minorities about quiet quitting.

“It’s been a controversial post,” Carter told CBS MoneyWatch. “Studies show that [people of color] don’t have the same resources as their White colleagues. Because of this, it’s important for us to go above and beyond — it gets us in front of the people we need to talk with.”

The trend also appears to be shaped by generational changes, with Gen Z and millennial workers increasingly questioning the hustle culture embedded within corporate America against the backdrop of the pandemic.

Meanwhile, some conservatives and older workers are bashing the idea of quiet quitting, deriding it as “lazy,” self-indulgent and lacking professionalism.

Despite these differences, experts say the debate could ultimately benefit both employees and employers by revealing how communication between workers and managers in the modern workplace must change.

“If someone is burned out and saying, ‘I’m going to mail it in,’ it’s an opportunity for a real conversation between an employer and an employee,” noted Matt Spielman, the chief performance officer and head coach of career-coaching firm Inflection Point Partners. “Quiet quitting is a manifestation of people not having candid, grownup conversations.”

Quiet quitting may also signal that a growing number of employees are disengaged from their jobs and their employers, which benefits neither party, Spielman said. That can result in businesses failing to get the best out of their staff, while workers put in long hours on a job they find unfulfilling.

“Free work for an uncaring boss”

Indeed, the pandemic seems to have caused a shift in employee attitudes toward their jobs, with Gallup finding that 34% of workers described themselves as engaged in their jobs in 2021, down from 36% in 2020 — the first such decline in a decade.

Workers who are attracted to the idea of quiet quitting should first question their motives and goals, Spielman said. “I would hope they would ask themselves, ‘Is this how I want to spend this massive chunk of my time?'”

Instead, employees could reimagine their days, figure out what types of tasks get them charged up and initiate a discussion with their managers, he recommended.

But some experts suggest that quiet quitting shows that more workers are merely questioning the work compact and whether their bosses are living up to their end of the bargain. Some employees are recognizing their managers didn’t go “above and beyond” for them during the pandemic, noted Ed Zitron, the CEO of public relations firm EZPR, in a blog post.

In short, more workers are questioning why they should put in 120% when their employers aren’t putting in the same effort in looking after their needs.

“Furthermore, it’s becoming alarmingly obvious to most workers that there is absolutely no meritocracy — working hard does not mean you’ll go far, and going above and beyond rarely, if ever nets anything other than free work for an uncaring boss,” Zitron wrote.

Some people say quiet quitting has been around for years, if lacking a catchy name, sparked by life demands such as caring for children or aging parents. Former teacher Maggie Perkins, 30, of Athens, Georgia, said she started doing it in 2018 after the birth of her daughter.

“I needed to begin leaving immediately when my contract ended so I could get to her daycare without being fined, and also to spend precious few hours with her before her early bedtime as a baby,” said Perkins, now an executive function consultant, who posted about the trend on TikTok.

She added, “In toxic work environments, [quiet quitting] has caused my employers to be frustrated that I could not be overburdened or emotionally manipulated.”

Of course, there could be downsides to engaging in quiet quitting, career experts say.

Job security, for one. Some economists believe the U.S. could tip into a recession amid high inflation and rising interest rates. Such downturns are typically associated with rising unemployment as businesses cut jobs to cope with slowing demand.

“Those doing the bare minimum would be the first to go,” Spielman noted.

When bosses consider who to promote, they might look to workers who are going above and beyond their job requirements, noted Freedman. “With that choice [of quiet quitting], there will come slower promotions and less visibility, and possibly fewer rewards,” she added.

And other experts warn that some groups of workers who have historically faced hurdles to advancement on the job, such as people of color and women, should think twice before embracing the idea of quiet quitting. Carter of the HRQueen said such groups still face unconscious bias and need to be mindful of that.

She added that people should first advocate for themselves — talking with their bosses about how to get a promotion or a raise – before stepping back from their jobs.

“I don’t believe you should give eight hours a day to a bad manager that won’t increase your pay — I’m not saying trade your time for that,” she said. “But you have to be mindful of what’s going on in America and play the game.”