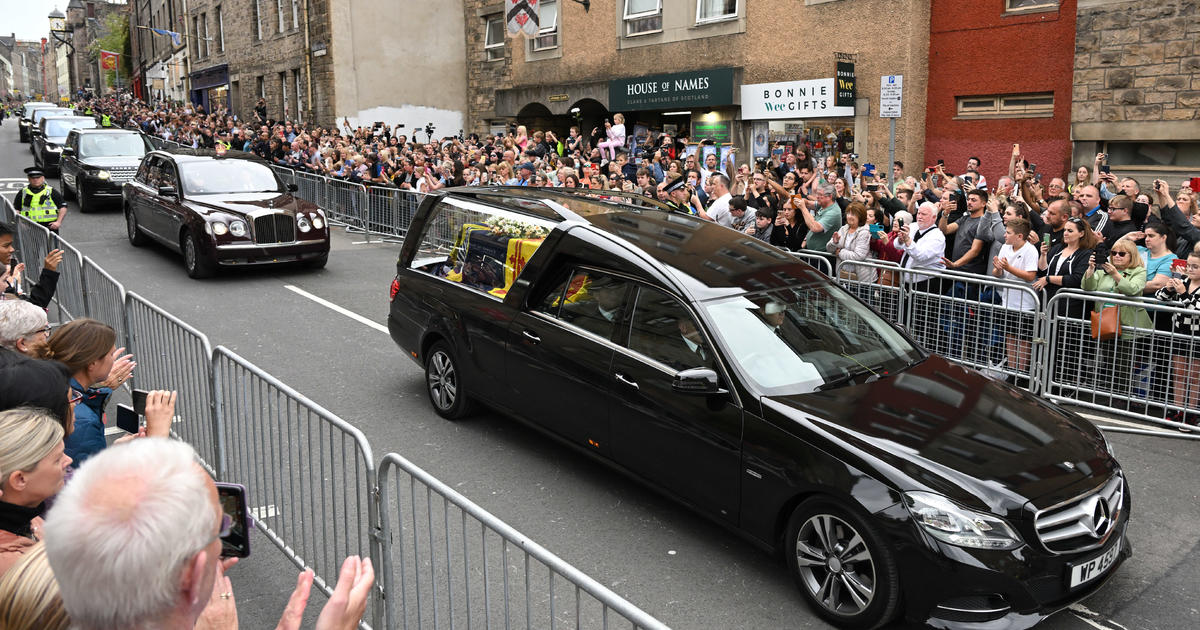 From her favorite home, Balmoral Castle in the Scottish countryside, the Queen’s cortege traveled to Edinburgh, where she’ll lie in rest until Tuesday, before moving to London. Hundreds of thousands are expected to pay their last respects.

The British monarch, who reigned for over 70 years, passed away on Thursday.

Just two days earlier she’d met with Britain’s new prime minister, as she had with every prime minister, going back to Winston Churchill. For decades she was arguably the glue that united this kingdom.

At 96, she’d been frail for months, but outside Buckingham Palace a shocked crowd immediately gathered. King Charles III was officially proclaimed the new sovereign yesterday. The death of their grandmother brought estranged brothers, Princes William and Harry, together again, briefly at least.

In his first address to the nation as king, Charles borrowed from Shakespeare to bid his mother farewell.

“May flights of angels sing thee to thy rest,” he said.

After a state funeral on Monday the 19th, Queen Elizabeth will be laid to rest alongside her late husband, Prince Philip, at Windsor Castle, just outside London.

Jim Cramer: Here's why I still believe we've seen the lows of this tough market

Mon Sep 12 , 2022
Things sure look different from Italia! Yes, I do take vacations. And yes, they almost always lead to dramatic declines that have me called back or called in. Not this time. This time it was a rout. An oversold rout as, once again, the S & P Short Range Oscillator […]