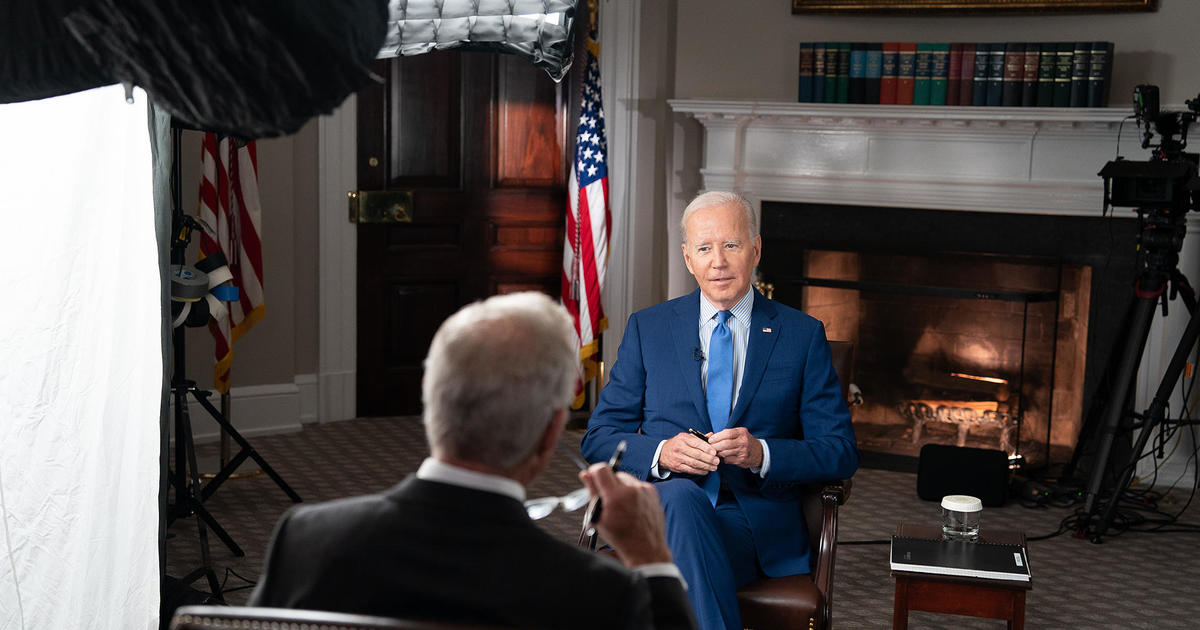 On the season 55 premiere of 60 Minutes, correspondent Scott Pelley interviewed President Joe Biden to discuss the state of the country and its standing in the world.

Pelley spoke with Mr. Biden, the seventh sitting United States president to be interviewed on 60 Minutes, at the White House and at the Detroit Auto Show.

In newly released exchanges from Thursday’s interview, Mr. Biden told Pelley he believes the current tax code is unfair, discussed relations with China, and clarified parts of a September 1, speech in which he was heavily critical of factions within the Republican Party.

Mr. Biden told Pelley he defines MAGA Republicans as those who “refuse to acknowledge that an election took place and there was a winner.”

“MAGA Republicans are those people who, in fact, say that the use of violence is a legitimate tool, like what happened to the Capitol,” Mr. Biden told 60 Minutes. “They’re the MAGA Republicans. You can’t call yourself a democratic republic and support violence internally against the government, and at the same time talk about not recognizing the outcome of election that’s overwhelmingly agreed to be legitimate.”

President Biden told 60 Minutes he does not currently plan on changing the federal income tax bracket for individuals.

Mr. Biden vowed to uphold his campaign promise that anyone making under $400,000 would not see their taxes raised.

The President also said that the tax rate is not fair and plans to increase tax revenue through more thorough audits of the nation’s highest earners.

It is the second face-to-face meeting between the two leaders this year. The first took place in February prior to the Beijing Olympics and before Putin invaded Ukraine.

When asked, Mr. Biden said there’s no Cold War between the U.S. and China.

Mr. Biden and Xi may meet this fall at that the G20 summit in Indonesia.

Mon Sep 19 , 2022
A first-of-its-kind database for tracking the world’s fossil fuel production, reserves and emissions launches on Monday to coincide with climate talks taking place at the United Nations General Assembly in New York. The Global Registry of Fossil Fuels includes data from over 50,000 oil, gas and coal fields in 89 […]