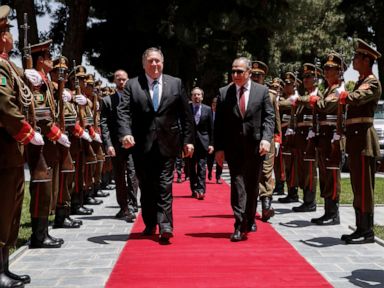 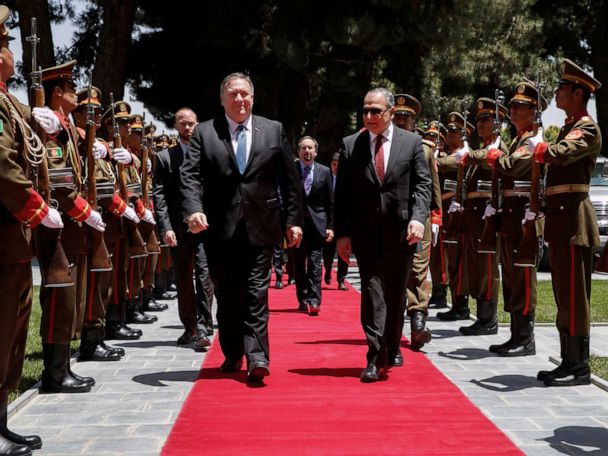 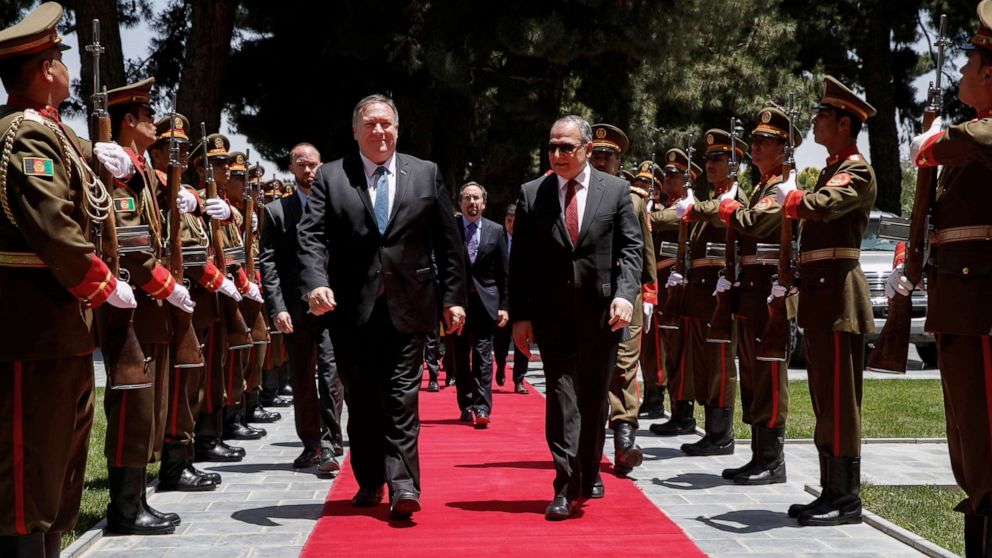 Secretary of State Mike Pompeo made a surprise visit to Afghanistan on Tuesday, just days before the latest round of U.S. talks with the Taliban are set to begin.

Pompeo said “real progress” has already been made, and he hopes to have an agreement by Sept. 1. But the security situation in the country is still so tenuous he had to travel in and out of the country in secret, and the Afghan government of President Ashraf Ghani has grown increasingly concerned about so far being excluded. The Taliban, which now controls more territory than at any time since 2001, has refused to meet representatives of the Afghan government, which it calls illegitimate and a U.S. puppet.

Beyond the Taliban, there are also growing fears that ISIS is gaining ground in the country, while civilian casualties in 2018 reached their highest recorded number since the United Nations started tracking data in 2009.

“The hour has come for peace,” Pompeo said in Kabul, praising the agreement in principle reached by U.S. chief negotiator Zalmay Khalilzad and his Taliban counterparts in January on four pillars: U.S. troop withdrawal, Afghan national peace talks, a nationwide ceasefire, and preventing Afghanistan from becoming a safe haven for terror groups.

It’s that last issue that brought the U.S. to Afghanistan nearly 18 years ago after al Qaeda plotted the September 11th terror attacks from Afghanistan.

But it’s also the issue where the most progress has been made, according to Pompeo, who said the two sides “are nearly ready to conclude a draft text outlining the Taliban’s commitments to join fellow Afghans in ensuring that Afghans soil never again becomes a safe haven for terrorists.” He declined to say what those commitments would look like, but said the U.S. understands even with certain promises, “the terror threat will remain.” The U.S. will ensure that Americans and American interests are protect, he added, although he deferred questions of how to accomplish that to the defense department.

Despite any progress at the negotiating table, the situation on the ground seems to be quite different. The U.N. reported two weeks ago that al Qaeda “has grown stronger operating under the Taliban umbrella across Afghanistan and is more active than in recent years.”

“The Taliban continues to enjoy support and endorsement from Al-Qaida in Afghanistan and it remains to be seen whether they will be willing to give this up in favour of progressing peace talks,” according to the report — which also found that “Afghanistan remains [ISIS’s] largest and most threatening manifestation outside” Iraq and Syria.

In exchange for the Taliban commitment, Khalilzad, a former U.S. ambassador to Afghanistan, and his team have opened the door to withdrawing U.S. troops. But the U.S. has not given the Taliban a firm timeline, Pompeo said, denying claims from the Taliban that it has.

The two sides will meet again on June 29 in Doha, Qatar, for their seventh round of talks. Khalilzad has expressed optimism because “I believe all sides want rapid progress,” but he warned in a tweet last week, “Nothing is agreed until everything is agreed.”

The U.S. has held successive rounds of talks with Taliban leaders since last summer.

Left out of talks, Afghan government officials have grown increasingly angry and concerned the U.S. will abandon them. That anger exploded into public view in March when Ghani’s National Security Adviser Hambdullah Mohib condemned the U.S. talks as the “wrong approach” and “delegitimizing the Afghan government and weakening it and at the same time elevating the Taliban.”

The U.S. dismissed Mohib’s concerns at the time, and on Tuesday, Pompeo again defended the strategy, saying U.S. diplomats have had “detailed discussions” with the Afghan government “in parallel” with Taliban talks and the two partners are “fully aligned in our approach.” Ghani told reporters he is “always” optimistic about peace talks and “dedicated to achieving” them.

A U.S.-Taliban agreement on terror safe havens and U.S. withdrawal would “open the door to intra-Afghan dialogue and negotiation,” Pompeo added — the kind of negotiations Afghan officials have been seeking.

But he seemed to wash American hands of the outcome: “The objective of those negotiations is for Afghans to agree on a timeline and a political road map for reaching a comprehensive peace agreement. It’s not America’s role to dictate the outcome of those negotiations,” he said, although he added later, “The United States will help Afghans preserve the gains of the past 18 years.”

Among those gains are the improvements in women’s rights and opportunity, especially education, that many Afghan women are concerned could disappear.