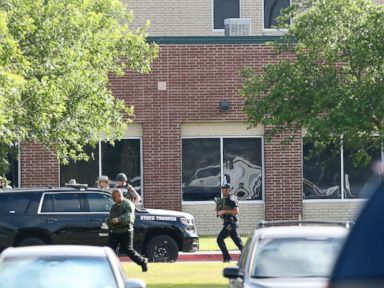 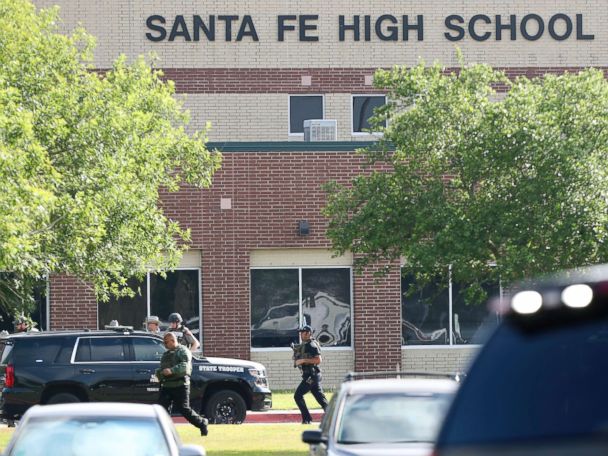 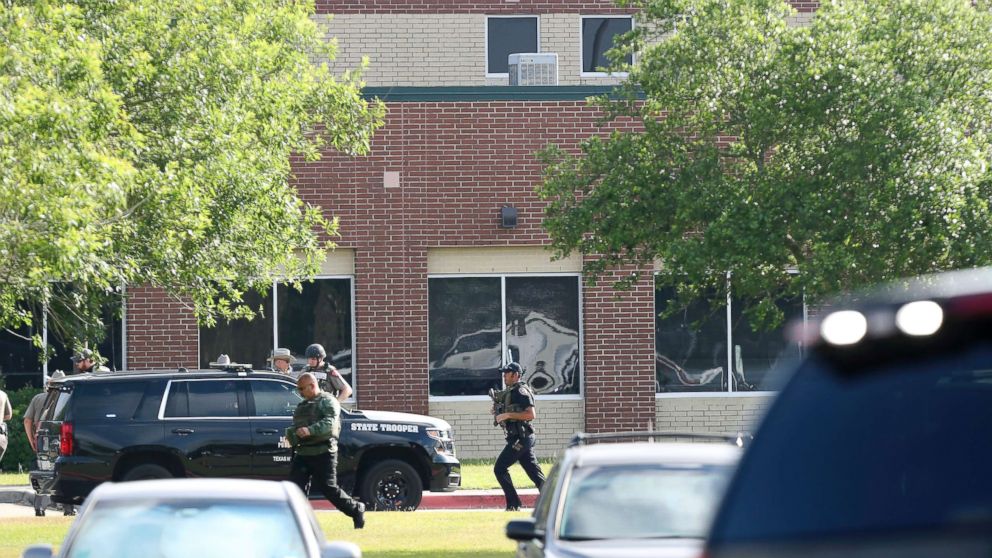 “Four minutes is about the only timeline that we need to key in on,” Sheriff Henry Trochesset said Monday evening, offering new details on how police managed to stop the gunman in Friday’s deadly school shooting in Santa Fe, Texas.

“The heroes from that [Independent School District] engaged this individual in approximately four minutes and stayed engaged with him, keeping him contained and engaged,” Trochesset said, “so the other heroes — that continued to arrive — could evacuate the teachers administrators in the students from this school.”

Speaking at a press conference, Trochesset revealed that his children and grandchildren are students at Santa Fe High School and his wife attended the school.

“My granddaughter was three doors down from where this occurred in that school,” Trochesset said. “Her best friend that spent the night at my house, swam in my pool, is dead.”

“This tragedy in this community touches home more than you’d imagine,” he added.

The sheriff said the deadly shooting ended with the suspect being trapped in a room, with police in a hallway. By the end, about 200 law enforcement officers descended on the scene to help school district officers apprehend the suspect, Trochesset said, adding that the entire ordeal lasted about 25 minutes.

Trochesset also said he doesn’t believe that any students were killed in law enforcement’s crossfire, but they would need to wait on autopsy reports to confirm.

“From what I’ve seen, I don’t believe any of the individuals that were killed were from the law enforcement,” he said.

Alleged gunman Dimitrios Pagourtzis, 17, was arrested Friday morning after he opened fire on two art classrooms at the school, killing 10 and wounding 13 others. He’s currently being held at the Galveston County Jail where he’s under suicide watch, Trochesset said.

Pagourtzis, who’s been charged with capital murder, allegedly was armed with a shotgun and a .38-caliber revolver, both of which were legally owned by his father.

Pagourtzis’ attorney, Nick Poehl, told ABC News on Monday that other students told him that his client had been bullied by students and adults at Santa Fe High School.

“It’s something that we’re looking into,” Poehl said. “This weekend Santa Fe ISD released a statement saying they had investigated the claims of bullying and found them to be not true.”

“That was released less than 24 hours after the incident occurred,” Poehl added. “It’s not clear what the nature of that investigation was except that it is clear that they didn’t reach out to any of the kids that were on TV claiming that it occurred, so we have some questions about that investigation.”

The suspect’s father, Antonios Pagourtzis, referred to his son as a “good boy” who was “bullied at school” in an interview on Monday.

“He never got into a fight with anyone. I don’t know what happened,” the elder Pagourtzis told the Wall Street Journal in a phone interview on Monday. “I hope God helps me and my family understand. We are all devastated.”

“It would have been better,” he added, “if he shot me than all those kids.”

Tue May 22 , 2018
ALIQUIPPA, Pa. — Authorities have executed a new search warrant on the wife of an Aliquippa Police officer in connection to the death of Rachael DelTondo, CBS Pittsburgh reports. There have been several theories about DelTondo’s death, but police investigators have clearly set their sights on 20-year-old Sheldon Jeter. Police interviewed […]