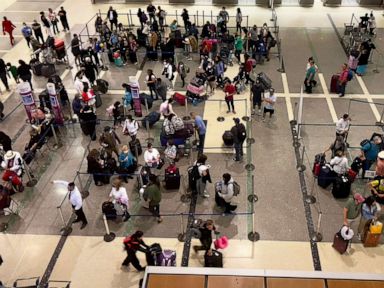 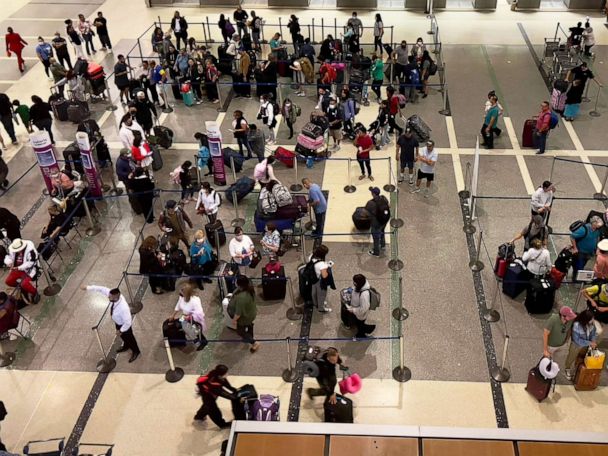 Long gone are the days, at the height of the pandemic, when air travelers avoided flying for fear of catching COVID-19.

The busy summer travel season is here, and airlines are struggling to keep up with the demand of millions of people flying again, on top of a myriad of issues that have complicated air travel.

What happened this past weekend to slow flights?

Airlines on the East Coast canceled more than 1,700 flights on Thursday and more than 1,400 on Friday, according Flightaware. More than 95% of flights around the country departed, despite the high number of cancellations.

Why is Florida a particular problem area?

Flights to Florida have surpassed pre-pandemic levels, setting new records. The increased number of flights, in addition to weekly rocket launches and major staffing issues at Jacksonville’s Air Traffic Control Center, force the FAA to reduce the number of planes that can enter the airspace, resulting in airlines canceling or delaying flights.

Will this happen again?

Neither the airlines nor the FAA will be able to singlehandedly solve the problem, which will result in more cancellations. When storms pop up, the risk of severe delays and cancellations is possible, especially on the East Coast.

Once storms move in and the FAA issues ground delays and stops, there’s little wiggle room. With full flights, there is not much room to move people around to alternate flights.

Unfortunately for flyers, airlines are not required to compensate or provide hotels for flight delays or cancellations that are out of their control — for example, due to the weather.

If I look out the window and it’s sunny, why is my flight delayed by weather?

You often hear, “I’m looking out the window and it’s sunny, why are they blaming the weather?”

If a pilot’s flight to Miami is canceled out of LaGuardia Airport in New York City on Friday night, the plane and pilot are not available to take the morning flight from Miami to its next destination.

Moving planes and crew around during massive disruptions takes time. The airlines are reducing their schedules in July and August to have more of a cushion with crews and planes, but it won’t make things perfect.

What happened to the bailout money?

The pandemic was rough on the airline industry. Sinking demand resulted in billions of dollars in lost revenue and thousands of jobs lost. The government gave airlines a $54 billion lifeline to stay afloat during the pandemic, but the money went to the staff to keep them working and operations moving forward.

The government required the airlines to keep planes in the air despite taking in little revenue. Had the bailout money not come, some airlines likely would have shut down and the situation as a country would likely be far worse than it is today.

Once they are shut down, it’s far more difficult to restart. Keeping planes in the air allowed vaccines to be transported, kept the supply chain moving by hauling critical freight and resumed operations for travelers much faster. It also kept hundreds of thousands of employees off unemployment.

Do airlines have enough staff? And what’s going on with pilots?

Airlines are short on pilots and flight attendants and are working around the clock to hire and train people to join their ranks.

American, Delta and United are hiring roughly 200 pilots per month, but it may not be enough to fill in the gaps. The Regional Airline Association said the U.S. is expected to lose half its pilots in 15 years. Delta alone lost 1,800 pilots to early retirement to keep the airline operating during the pandemic.

“The airlines are underwater and trying to breathe through a straw,” American 737 Captain and Union spokesperson Dennis Tajer told ABC News in April. “Airlines are poaching each other’s pilots. It’s stunning the level of aggression.”

The federal government caps the hours pilots can work for safety reasons, but they’re working more than ever in many cases. American and Delta pilots are also in contract negotiations and are using this as a negotiating tactic.