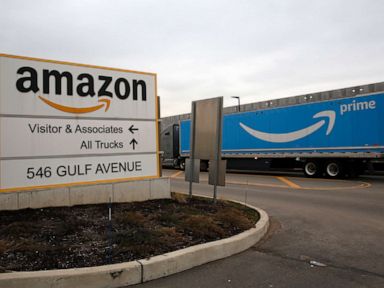 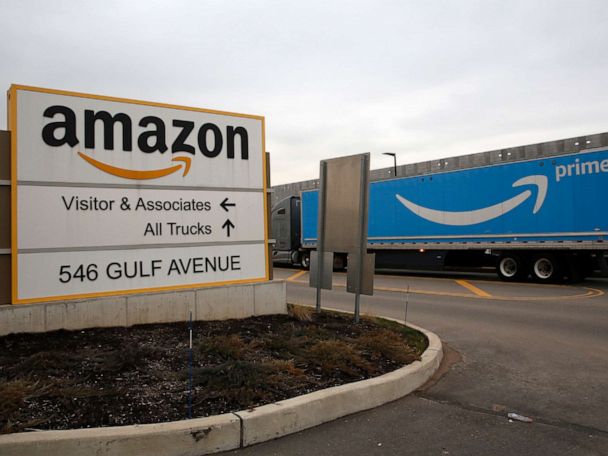 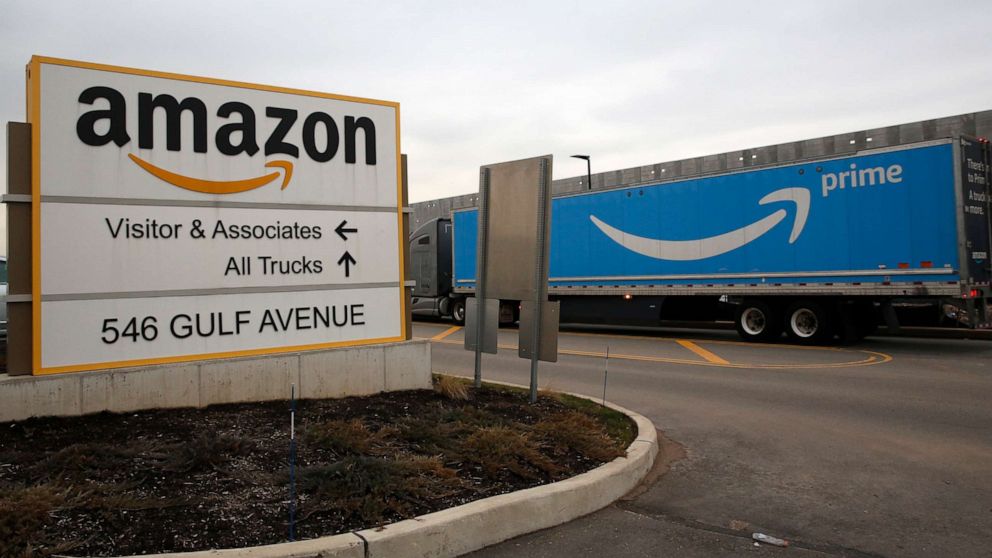 A group of workers at an Amazon warehouse in New York City walked off the job and went on strike Monday afternoon, demanding the company shut down and thoroughly clean the sprawling facility after they say multiple employees there have tested positive for the novel coronavirus.

Fear of the rapidly spreading virus, which has killed nearly 800 people in New York City, has also prompted threatened work stoppages at the online grocery shopping and delivery service Instacart and a planned “sickout” by workers at Whole Foods, a subsidiary of Amazon.

“People are afraid to work. People are there working and they’re putting their lives at risk because there are a number of (coronavirus) cases that they are not aware of,” Chris Smalls, a management assistant at the Amazon fulfillment center in New York’s Staten Island borough who is organizing the walkout, told ABC News.

Smalls said the company is not being honest with employees about the number of colleagues who have tested positive for the virus in recent days and that management has only confirmed that one worker at the warehouse has come down with the virus.

“That’s a bold face lie because I sent home the third case directly,” Smalls said, adding that he knows of a total of seven cases at the facility that employs more than 4,000 people.

Smalls said the company placed him on quarantine on Saturday because he came in close contact with a worker who tested positive.

He said he sent the infected worker home on Tuesday when she was showing symptoms of illness. He said the worker was tested on Wednesday but was allowed to return to work until her test results came back positive on Thursday.

People are there working and they’re putting their lives at risk because there are a number of (coronavirus) cases that they are not aware of.

Smalls estimated that 50 to 100 employees planned to walk off the job and form a picket line outside the warehouse, making sure they practice safe social distancing.

“We’re trying to get the building closed down and sanitized. That’s all we’re asking for,” Smalls said.

In a statement to ABC News, Amazon said it has been working to keep employees safe at the Staten Island fulfillment center, adding that claims made by Smalls that the company is putting workers in jeopardy are “simply unfounded.”

“Our employees are heroes fighting for their communities and helping people get critical items they need in this crisis,” Amazon’s statement reads. “Like all businesses grappling with the ongoing coronavirus pandemic, we are working hard to keep employees safe while serving communities and the most vulnerable. We have taken extreme measures to keep people safe, tripling down on deep cleaning, procuring safety supplies that are available, and changing processes to ensure those in our buildings are keeping safe distances. The truth is the vast majority of employees continue to show up and do the heroic work of delivering for customers every day.”

Amazon employees working in the grocery and delivery services have been classified as essential workers by government officials across the country.

The company says it’s upping hourly wages from $17.50 to $23 to workers at the Staten Island warehouse and paying double overtime to those who show up to work. The company is also offering extended leave to full-time employees who prefer to stay home during the crisis.

“They are putting us directly in harm’s way while profiting greatly,” the organizers of the Instacart strike said in a statement.

The Intacart strike organizers added that the company was “turning this pandemic into a PR campaign – portraying themselves as the hero of families that are sheltered in place, isolated, or quarantined.”

Instacart announced on Sunday that it plans to distribute new health and safety supplies to full-service “shoppers” or employees to protect them in the wake of the pandemic.

“Over the last month, our team has had an unwavering commitment to prioritize the health and safety of the entire Instacart community,” Nilam Ganenthiran, president of Instacart, said in a statement. “We’ve been evaluating the COVID-19 crisis minute-by-minute to provide real-time support for Instacart shoppers and customers throughout North America. We’re in close contact with the Centers for Disease Control and other medical experts to ensure our policies, guidelines, and resources are aligned with their recommendations as this situation evolves.”

Ganenthiran said that within days of the outbreak, the company offered retroactive sick pay for in-store shoppers nationally and extended pay for all shoppers affected by the virus.

“We were the first company to launch ‘Leave at My Door Delivery’ to give our customers and shoppers a safer, more flexible delivery option,” Ganenthiran said in the statement. “Last week, we announced a new COVID-19 bonus to increase pay as Instacart shoppers step up as household heroes for customers. And now, we’ve sourced, manufactured, and are distributing our own hand sanitizer in an effort to expedite distribution lead times and work around supply chain shortages.”

“COVID-19 poses a very real threat to the safety of our workforce and our customers,” according to a statement from the organizers of the “sickout” that was posted on the website coworker.org. “We cannot wait for politicians, institutions, or our own management to step in to protect us.”

Among the Whole Foods workers’ demands are guaranteed paid leave for employees who isolate or self-quarantine instead of coming to work; reinstatement of health care coverage for part-time and seasonal workers; hazard pay for coming to work; and the implementation of policies to facilitate social distancing between workers and customers.

Mon Mar 30 , 2020
As New Yorkers wake up to the start of another week painfully altered by the presence of coronavirus, there are a number of new images from around the city that serve as reminders of the unprecedented crisis. There is the sight of the USNS Comfort finally docked at Pier 88, […]