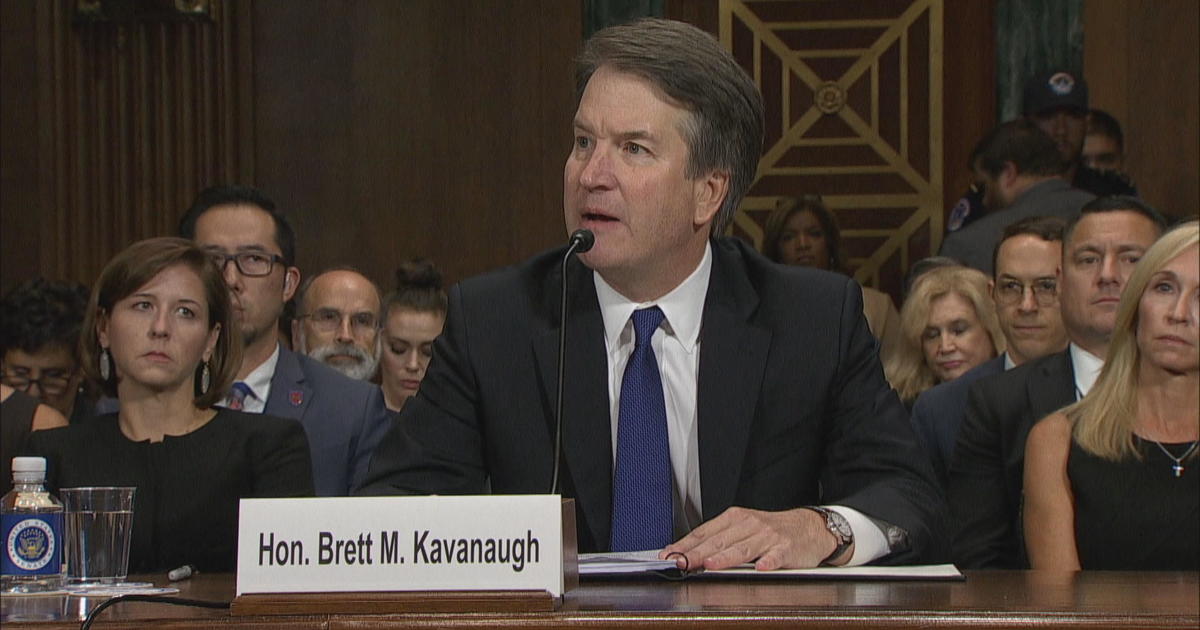 More than three months of drama and controversy over the future of the Supreme Court is set to end in the next 36 hours. The Senate will decide Friday morning whether to send the president’s nomination of Brett Kavanaugh to a final vote, expected early Saturday evening. Republicans control the Senate 51 to 49, so the GOP can only afford to have one of its senators vote “no.”

On Friday, we should know once and for all whether Kavanaugh has the support he needs to get confirmed because the way those few remaining undecided senators vote to end debate today could signal how they plan to vote Saturday on final confirmation. Forces on both sides have been piling on the pressure all the way to the end.

In a final bid before the vote, anti-Kavanaugh protesters spent the night on Capitol grounds, egged on by Democrats. His confirmation now hinges on one Democrat and three Republicans.

According to a summary released overnight by the Senate Judiciary Committee, the FBI interviewed 10 people who might have had firsthand knowledge of the sexual assault allegations by Dr. Christine Blasey Ford and Deborah Ramirez.

For Ford, the FBI spoke with three people she claimed were at the party in question: Mark Judge, P.J. Smyth, and Leyland Keyser. They also spoke with Timothy Gaudette and Christopher Garrett, Kavanaugh’s classmates who were referenced on his calendars.

The FBI also interviewed Ramirez, along with two eyewitnesses named by Ramirez, as well as her close friend from college. According to the Republican summary, the FBI found no corroboration of the allegations made by Ford or Ramirez.

Still, North Dakota Democrat Heidi Heitkamp announced she was a “no.”

“I can’t get up in the morning and look at the life experience that I have had and say yes to Judge Kavanaugh,” Heitkamp said.

Kavanaugh, who’s denied the allegations, wrote an op-ed Thursday night admitting he “might have been too emotional at times, I know that my tone was sharp, and I said a few things I should not have said.” He wrote it “reflected my overwhelming frustration at being wrongly accused.”

Ford’s lawyers called the investigation a “stain on the process” because the FBI “declined to interview” friends and others who could have backed her up.

CBS News has confirmed that the FBI limited its scope at the direction of Republicans and the White House.

When asked why the FBI did not interview people Ford had confided in, Republican Sen. Mike Lee replied, “Our request was to the White House, the White House then made the request of the FBI to conduct a supplemental investigation into current, credible accusations of sexual misconduct. They did that.”

Lee’s comments are a reflection of just how vague Republicans and the White House have been about the marching orders they gave the FBI. To give you a sense of how intense the last minute lobbying is, the White House, former President George W. Bush, and other heavy hitters have all been working the phones trying to ensure that Kavanaugh gets confirmed.

"Moment of truth": Cruz and O'Rourke face off in tight Texas race

Fri Oct 5 , 2018
The conservative state of Texas is becoming a major focal point ahead of next month’s midterm elections. Incumbent Republican Sen. Ted Cruz won his seat by almost 16 percentage points in 2012, but recent polls show a rising Democratic star, Congressman Beto O’Rourke, is within single digits. Despite the state’s […]