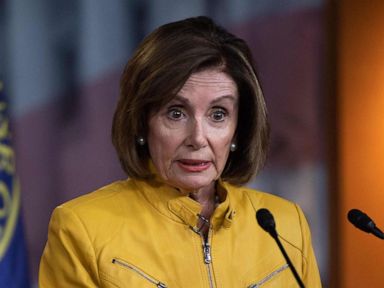 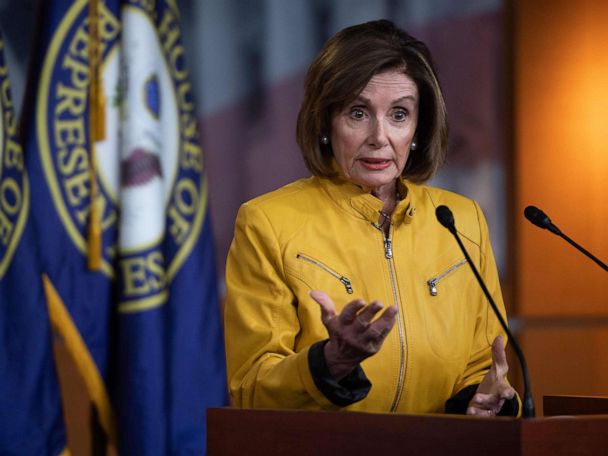 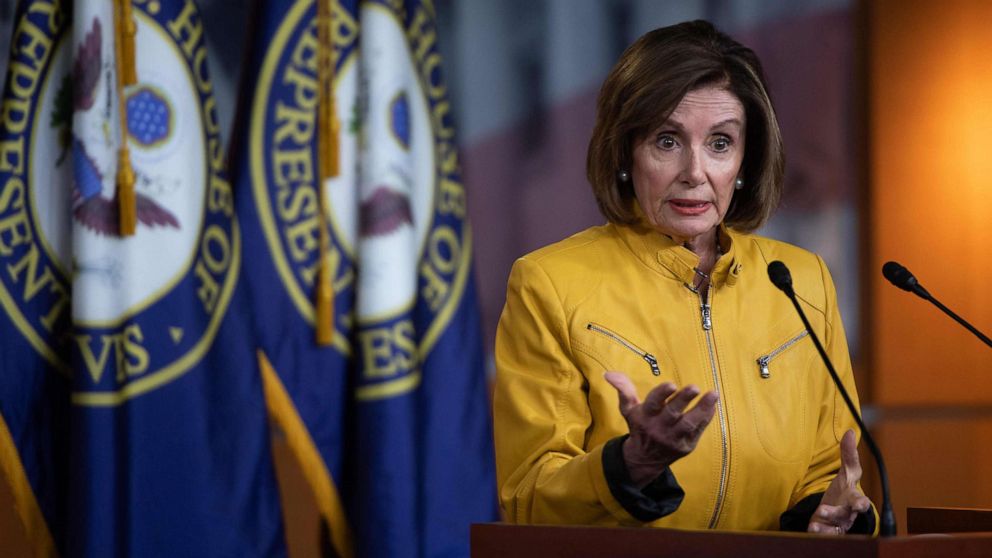 Reacting to President Donald Trump’s statement that he’d be open to accepting political dirt on 2020 opponents from foreign governments, House Speaker Nancy Pelosi warned on Thursday that Trump is giving Russia “the green light” to again interfere in a U.S. presidential election.

“Yesterday, the president gave us once again that he does not know right from wrong. It’s a very sad thing,” Pelosi said about the president’s comment in an interview with ABC’s Chief Anchor George Stephanopoulos.

“Everybody in the country should be totally appalled by what the president said last night,” Pelosi said.

While Pelosi called Trump’s comments “cavalier” and an “assault on democracy” she indicated it’s not enough to sway her to prematurely launch an impeachment inquiry.

“What we want to do is have a methodical approach to the path that we are on, and this will be included in that, but not any one issue is going to trigger, ‘Oh, now we’ll go do [impeachment].’ Because it’s about investigating, it’s about litigating, it’s about getting the truth to hold everyone accountable and no one is above the law,” she said.

Pelosi called on the Senate to pass the “For the People Act,” an anti-corruption bill that aims to protect voters’ rights, reform campaign finance, reduce gerrymandering, and increase accountability of public officials that cleared the House on March 8.

The Russians attacked our elections, and @realDonaldTrump is giving them the green light to do it again. We can’t stand by and just hope for the best. The Senate must join the House in passing #HR1 to #ProtectOurDemocracy! https://t.co/l7UTcFVlDd

Pelosi reiterated that she believes Trump has “been involved in a criminal cover up” and criticized Senate Majority Leader Mitch McConnell for blocking action on several Democratic bills the House has passed to address foreign interference in the 2016 presidential election.

“We’re going to get the truth for the American people so they can know what the attack is on our country, what the president refused to do about it, and what he engaged in to cover up what was done,” Pelosi said. “What the president said last night shows clearly once again, over and over again, that he does not know the difference between right and wrong.”

The House Minority Leader, Rep. Kevin McCarthy of California, who spoke after Pelosi, struggled to defend the president’s remarks on election interference, alleging Democrats took actions that undermined the presidential election and resulted in the Mueller report and crediting Trump with acting “properly all along the way.”

McCarthy dismissed a question from ABC News Senior Congressional Correspondent Mary Bruce about whether he’d accept help from a foreign entity as “a hypothetical.”

“You’re talking about a hypothetical,” McCarthy said. “We do not want to have a foreign government interfere in any of our elections and we should all stand united on that.”

“It’s as if the president has learned absolutely nothing,” Schumer said. “The president’s comments again are undemocratic, un-American, and disgraceful.”

Even one of the president’s closest allies on Capitol Hill did not come to his defense. Republican Sen. Lindsey Graham, said the president’s response was “not the right answer.”

“If a foreign government comes to you as a public official, and offers to help your campaign giving you anything of value, whether it be money or information on your opponent, the right answer is no,” he said.

When pressed again, Graham called the president’s answer “a mistake. “

Republican Sen. John Kennedy said if a foreign adversary approached him with information he would call the FBI.

“I can’t speak for the president I can only speak for me, if a foreign agent approached me with anything including but not limited to dirt on my opponent, I’d call the FBI. And I think most people would, and frankly, I think the president would,” Kennedy said.

As the president did in the interview, Graham pivoted to attacking Democrats and pointed a finger at information gathered against Trump in the Steele dossier.

“I’m hoping some of my Democratic colleagues will take more seriously the fact that Christopher Steele was a foreign agent paid for by the Democratic Party, to gather dirt on Trump,” he added.

Schumer said that later Thursday Democratic Sen. Mark Warner will ask the Senate to pass a bill introduced in May called the Foreign Influence Reporting in Elections Act, or FIRE.

The bill would require political campaigns to report attempts to influence elections by foreign powers. Campaign officials would have to report within one week any outreach by foreign nationals who attempt to make any donations or offer assistance in any way.

Pompeo: Iran is responsible for tanker attacks in Gulf of Oman