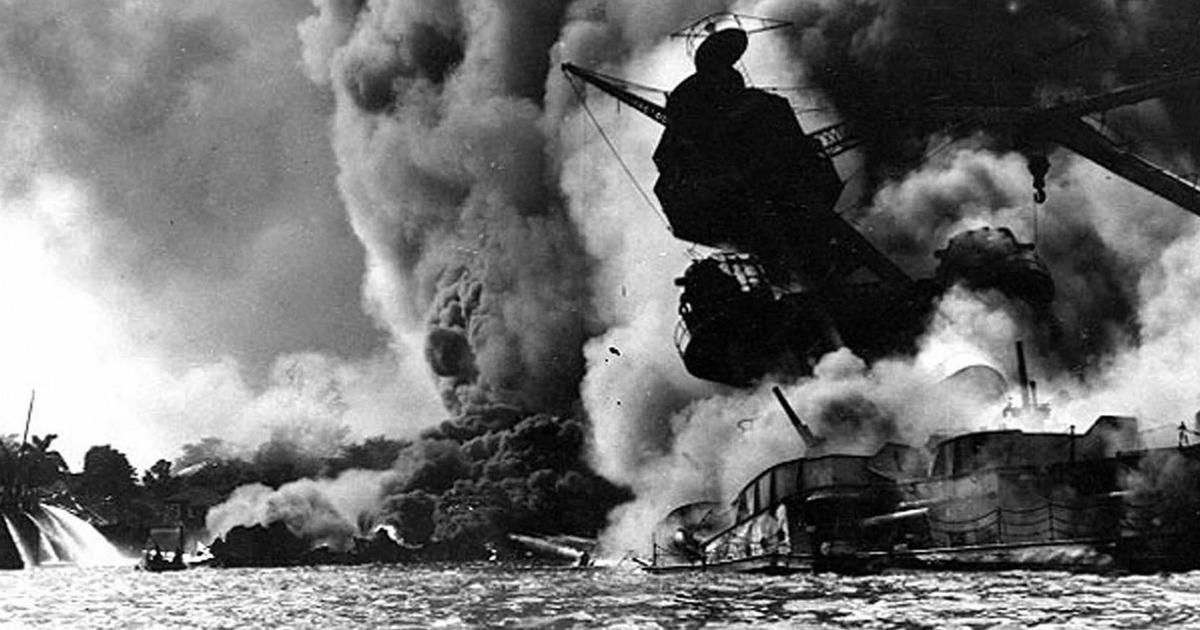 Ford Island in Pearl Harbor is seen in this aerial photo taken from a Japanese plane on December 7, 1941. Early that Sunday morning, a surprise attack at 7:48 a.m. Hawaiian time was carried out by the Imperial Japanese Navy in two waves – a barrage that lasted two hours and destroyed or crippled 18 U.S. ships, destroyed nearly 300 planes, killed 2,403 servicemen and 68 civilians, and wounded 1,178 others, pulling the United States into World War II.

The next day, President Franklin D. Roosevelt asked Congress to declare war, which it did with just one dissenting vote. FDR proclaimed December 7th a “date which will live in Infamy.”

More than 12 million Americans – men and women of the Greatest Generation – served during the course of the war. More than 400,000 of them were killed.