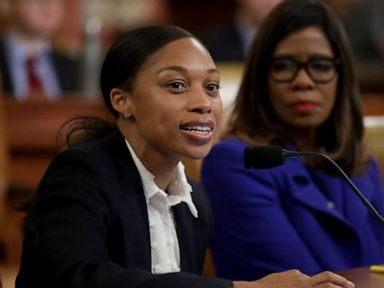 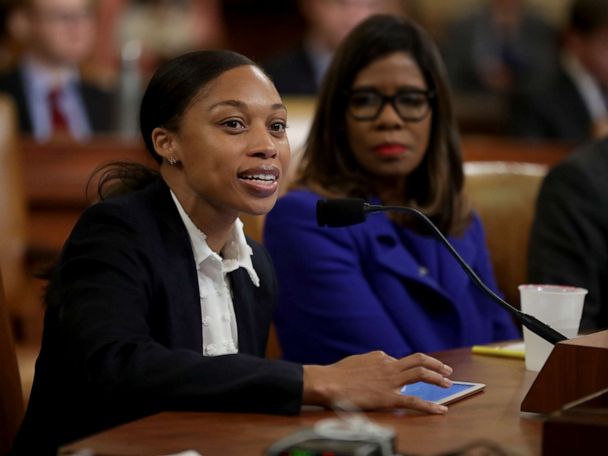 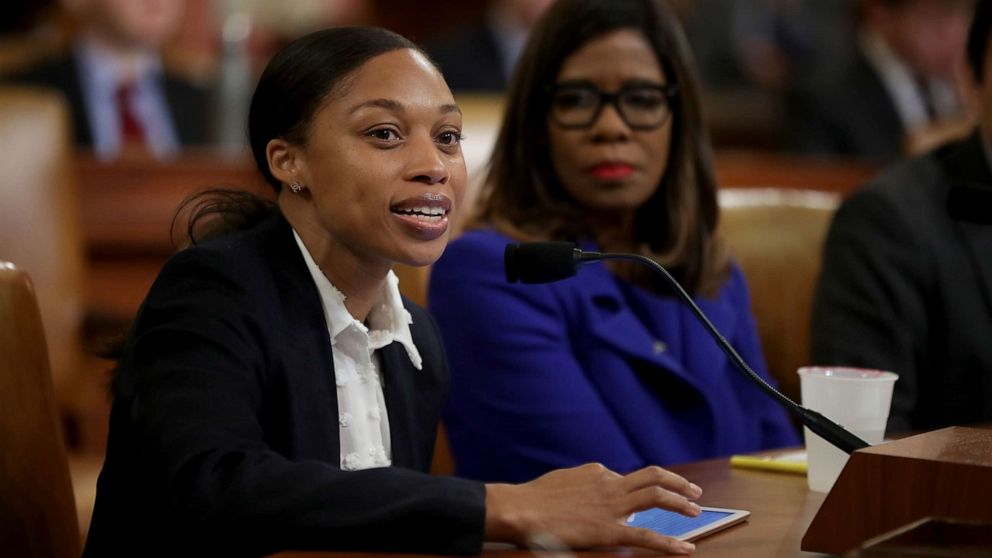 Six-time Olympic Gold Medalist Allyson Felix shared with lawmakers on Thursday the “two most terrifying days” that left her fighting for not only her life but her infant daughter’s.

“At the time, I did not realize just how many other women just like me were experiencing those same fears and much worse,” she said according to prepared testimony to a House Ways and Means Committee panel.

Felix was 32 weeks pregnant when she went to her doctor for a routine checkup. She had no prior complications, and, to her knowledge, was healthy.

She noticed her feet were a little swollen but wasn’t concerned.

“It was just swelling, after all, and if there was anything to worry about, I trusted my doctors would have told me to look out for I am a professional athlete and had continued to exercise throughout my pregnancy and was in great shape,” she explained.

She didn’t know her routine prenatal check-up appointment would turn into one of the most frightening days of her life.

Felix’s doctor checked on her daughter Camryn as she normally would, but left the room while Felix sat in silence filling with “anxious anticipation” as minutes passed.

“Those few moments lasted an eternity, but the doctor finally came back in and she told me that I would need to go to the hospital for further tests,” Felix said.

Felix told her doctor she would go to the hospital after her scheduled photoshoot with ESPN, but her doctor made it clear that she needed to head there immediately.

As her nerves started to kick in, Felix said she remembered feeling alone in the car ride from the doctor’s office to the hospital.

“I was scared and I felt alone,” Felix said. “Not just because my husband was at work and my family was 1,500 miles away. I felt alone because I thought I must have done something wrong, this must have been my fault. I felt like I was one of a very few women that something so unpredictable was happening to.”

“I had a severe case of preeclampsia and if the doctors didn’t act fast, this could prove fatal,” Felix told Congress.

Preeclampsia is a pregnancy complication characterized by high blood pressure and signs of damage to another organ system, most often the liver and kidneys, according to Mayo Clinic.

The lives of both mother and daughter were at risk

“All I cared about in that moment was my daughter surviving, and didn’t fully understand my life was threatened too,” Felix expressed in her testimony. “Mothers don’t die from childbirth, right? Not in 2019, not professional athletes, not at one of the best hospitals in the country, and certainly not to women who have a birthing plan and a birthing suite lined up.”

“I kissed my husband goodbye not knowing what would happen next,” Felix added.

After undergoing an emergency C-Section successfully, Felix gave birth to her daughter, the “most beautiful thing” she had ever seen.

“I only saw her for no more than 15 seconds before they rushed her away. I closed my eyes,” Felix said.

The baby spent the next month in the NICU and Felix learned that her pregnancy complication and near-death experience were not uncommon.

Felix said she she learned that black women are nearly four times more likely to die from childbirth than white mothers are in the United States and suffer severe complications twice as often.

During the hearing, she encouraged African American mothers to utilize their voice to help change these disparities.

“You can be intimidated sometimes in a doctor’s office, but if something does not feel right, you need to speak up. We need to be heard,” Felix said.

According to the Centers for Disease Control and Prevention, an analysis of 2011-2015 national data on pregnancy mortality and of 2013-2017 detailed data from 13 state maternal mortality review committees found that, of the 700 pregnancy-related deaths that happen each year in the United States, nearly 31 percent happen during pregnancy, 36 percent happen during delivery or the week after, and 33 percent happen one week to one year after delivery.

The data also confirm persistent racial disparities: Black and American Indian/Alaska Native women were about three times as likely to die from a pregnancy-related cause as white women. However, the CDC analysis found that most deaths were preventable, regardless of race or ethnicity.

Felix referenced a Scientific News article, “To Prevent Women from Dying in Childbirth, First Stop Blaming Them” in her testimony, which claims that pregnancy-related risk factors are equally shared by all black women regardless of income, education or geographical location.

For example, the Brookings Institution conducted a study showing the most prevalent racial disparities within America’s middle class and determined that black mothers with advanced professional degrees, such as a master’s degree or higher, have a higher chance of infant mortality compared to white women whose highest education level is the eighth grade.

Dr. Michael Lu, senior associate dean for academic, student, and faculty affairs of George Washington University shared with the House Ways and Means Committee tactics to use to improve the statistics of maternal mortality.

“First things first, let’s make sure we get a maternal mortality review committee in every state,” he began. “I think we need to do a better job in terms of monitoring the quality and safety of hospital care…and do a better job listening to mothers — in terms of understanding their birthing experience, whether they feel listened to and whether they feel disrespected or discriminated against.”

“There is a level of racial bias within our healthcare system that is troubling and will be difficult to tackle, but that does not mean that we should not be tackling it,” Felix told the committee.

“I came here to share my story a story that I thought was unique, but quickly learned was not. As a result, I have decided to further lend my voice to organizations who have taken up this work and hope that I can not only share my story but be intimately involved in this work and fight to make a difference.”

Thu May 16 , 2019
A banner for the online image board Pinterest Inc. hangs from the New York Stock Exchange (NYSE) on the morning that Pinterest makes its initial public offering on April 18, 2019 in New York City. Spencer Platt | Getty Images News | Getty Images Check out the companies making headlines […]