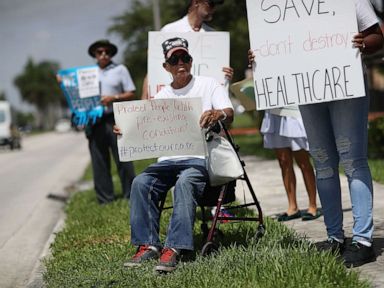 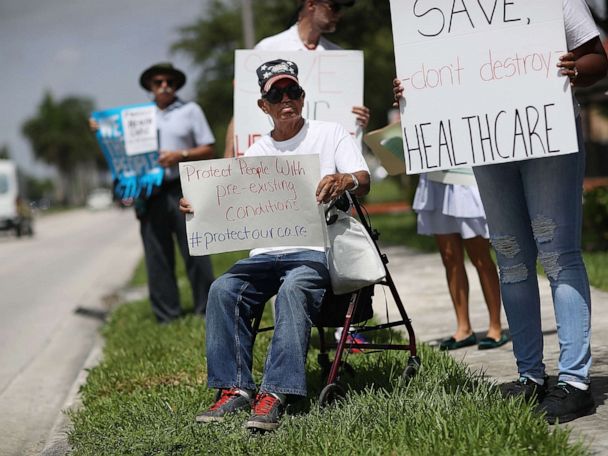 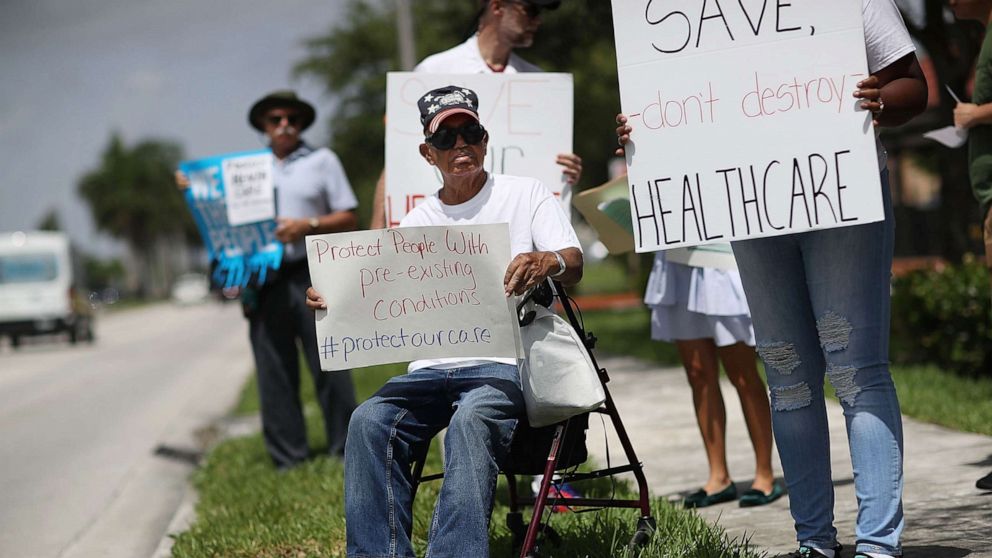 A federal appeals court on Tuesday will consider the fate of the Affordable Care Act, setting the stage for a major decision later this summer that could impact health care benefits for millions of Americans and supercharge debate over the law in the heat of the 2020 campaign.

A group of 18 Republican-led states, backed by the Trump administration, is asking the court to invalidate Obamacare over its requirement that all Americans obtain health insurance. California leads a group of 20 states, supported by the Democrat-led House of Representatives, in defending the law.

Both sides will present oral arguments in New Orleans before a three-judge panel of the 5th Circuit Court of Appeals, seven months after a federal judge struck down the entire law.

In December, Judge Reed O’Connor of the Northern District of Texas declared the ACA’s individual mandate unconstitutional and inseverable from the rest of the law, invalidating all aspects of Obamacare.

If the decision stands, Americans would no longer receive protections for pre-existing conditions, free preventive benefits coverage in all plans, mandatory acceptance of children on their parents’ plans up to age 26, premium subsidies to buy policies on the exchange, and greater access to Medicaid in dozens of states.

While the Supreme Court previously upheld the individual mandate as constitutionally permissible under Congress’ taxing power, Judge O’Connor and opponents of the law argue that it became unconstitutional in 2017 when congressional Republicans’ reduced the mandate’s penalty to zero, no longer qualifying as a tax.

Defenders of Obamacare counter that Congress explicitly voted not to repeal the law, leaving most of it in place despite reducing the financial penalty for non-insurance. The law “no longer compels any individual to maintain healthcare coverage – or to take any other action,” supporters write in court documents. “At most, the remaining provision is a precatory encouragement to buy health insurance, which poses no constitutional problem.”

O’Connor issued a stay of his decision – meaning, it has not yet taken effect – during the appeal.

“Together, the Trump Administration and the Texas-led coalition risk the health of nearly every American — from the young to the elderly, the sick to the gainfully employed,” said California Attorney General Xavier Becerra. “Our coalition of states stands ready to defend the law and every person whose life may be on the line.”

Industry groups and independent health care analysts say wiping out Obamacare without an alternative would mean a highly disruptive shift in the health care of millions of Americans.

The Affordable Care Act has sharply reduced the number of uninsured Americans since 2010, covering 20 million more people than if the law had not taken effect, according to the nonpartisan Kaiser Family Foundation.

An estimated 52 million Americans have pre-existing health conditions that insurers could have denied coverage to under pre-ACA rules in most states, the Foundation says.

If millions were to lose insurance coverage at once, the costs for all consumers could skyrocket, says Kaiser health care analyst Larry Leavitt. “If this Texas decision on the ACA is upheld, it would throw the individual insurance market and the whole health care system into complete chaos,” Leavitt said on Twitter.

There is not currently a viable alternative to the law that can pass the House and Senate and get signed into law by President Trump. Republicans were unsuccessful at repealing and replacing the law in 2017 when they controlled both chambers and the White House.

Trump told ABC News in June that he will be unveiling a “phenomenal” health care plan within the next two months.

“We almost had health care done. Health care’s a disaster, Obamacare,” Trump said. “If we win back the House, we’re going to produce phenomenal health care. And we already have the concept of the plan, but it’ll be less expensive than Obamacare by a lot.”

While President Trump has promised to protect Americans who have relied on Obamacare insurance subsidies and pre-existing conditions protections, the administration has not said how it would respond to a decision striking down the law.

The appeals court decision, expected by the end of the summer, could add pressure on the administration and Republicans to put forward a viable alternative to Obamacare.

Public polling consistently shows that health care is voters’ top issue headed into the 2020 presidential campaign. During the 2018 midterm elections, Democrats credited their electoral success, in part, with a focus on health care issues.

Legal analysts see three possible outcomes in the appeals case: the court could affirm the lower court ruling, striking down the individual mandate and entire ACA as unconstitutional; it could invalidate the mandate alone and sever it from the rest of the law, leaving much of the ACA in place; or it could leave the law functioning as-is.

Regardless of the decision, both sides expect an appeal to the U.S. Supreme Court, which could potentially hear the case sometime in 2020 if the justices decide to take it up.

Mon Jul 8 , 2019
FILE PHOTO: A worker walks past rolls of steel wires at a factory in Nantong, Jiangsu province, China July 3, 2018. REUTERS/Stringer July 8, 2019 WASHINGTON (Reuters) – The U.S. Commerce Department said on Monday that domestic producers were being harmed by imports of fabricated structural steel from China and […]