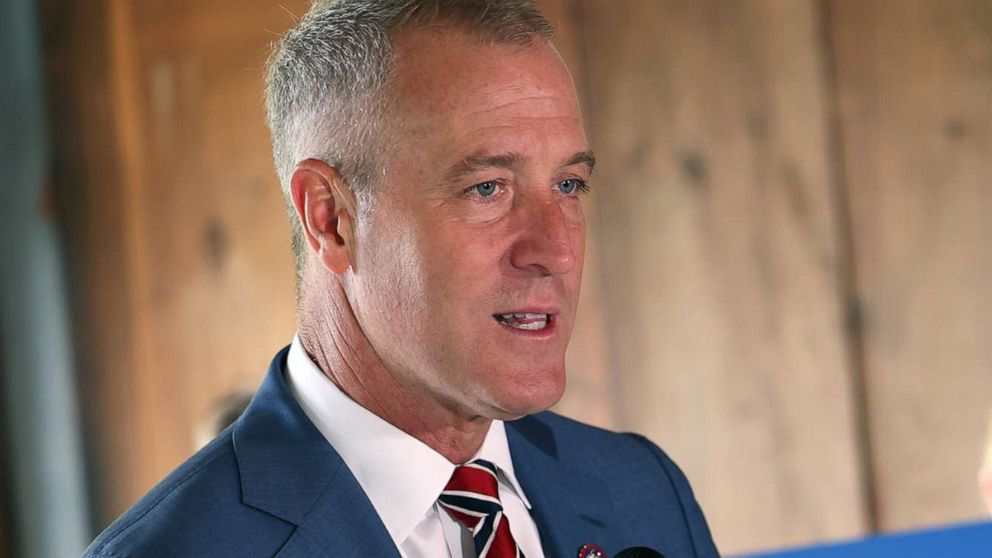 Rep. Sean Patrick Maloney is projected to win his Democratic primary on Tuesday, ABC News reports, after he moved seats in New York’s redistricting shuffle and faced progressive backlash in the process.

As the chair of the Democratic Congressional Campaign Committee, Maloney is entrusted with protecting the party’s House majority in November. On Tuesday, though, he had to fight for his own spot in Congress.

He went up against New York state Sen. Alessandra Biaggi. With more than 82% percent of the expected vote reported, Maloney was leading Biaggi 66-33. Their race, one of the last notable Democratic House primaries of the midterm season, highlighted party splinters ahead of what’s expected to be a tight November fight to retain control of Congress.

Five-term incumbent Maloney — New York’s first openly gay House member — saw his own political career come under attack by some other Democrats early in the cycle, when he upended progressive hopes for the 17th District by choosing to run there instead of his previous seat.

His decision to run where he lives, rather than staying in New York’s 18th where most of his current constituents are, pushed freshman Rep. Mondaire Jones — the progressive who currently represents most of the new district — to vie for New York’s 10th, which was possible because Rep. Jerrold Nadler left the 10th for the 12th (completing the redistricting shuffle).

Maloney apologized for the scuffle, acknowledging he could have handled the process better.

He has largely campaigned on what he’s encouraged other frontline candidates to focus on this election cycle: a slate of Democratic legislative victories despite other political headwinds — like President Joe Biden’s unpopularity — ahead of what is expected to be a difficult midterm. He’s also come after Biaggi for attempting to campaign on the liberal wins, claiming her progressive streak of “tearing down our President and other Democrats” had “nothing to do” with their success.

“Look, you’re seeing us come back in the polls. Our frontliners are battle tested and strong. They have a huge advantage, by the way, over their Republican opponents in terms of their campaigns, their cash on hand. They’re getting their votes right. They have historic deliverables that they’ve brought home to their districts,” Maloney said on NBC’s “Meet the Press” on Sunday, days before his own primary.

Biaggi, a leader in the state legislature’s progressive movement who rose to prominence when she defeated a notable incumbent in 2018, was long seen as something of an underdog to Maloney, who also handily outraised her, $4 million to $807,000.

Still, the race attracted a cast of high-profile Democrats backing both candidates. Maloney had the endorsements of former President Bill Clinton — for whom he served as senior adviser while Clinton was in the White House — as well as House Speaker Nancy Pelosi and The New York Times’ editorial board.

Biaggi, meanwhile, had the support of New York Rep. Alexandria Ocasio-Cortez and The Working Families Party. (Hillary Clinton, who was involved in Biaggi’s wedding ceremony, stayed out of the race.)

In a related dynamic, Maloney’s decision-making as head of the DCCC drew fire from some in his party after news that the organization spent almost half a million dollars on a primary advertisement that propped up Donald Trump-endorsed John Gibbs over incumbent Michigan Republican Rep. Peter Meijer, one of the few pro-impeachment Republicans in the House. (Meijer later lost his race, though observers noted the DCCC’s involvement was relatively marginal.)

“Absolutely not did we put party over country,” Maloney said. “The moral imperative right now … is to keep the dangerous MAGA Republicans who voted to overturn our election out of power.”

He added, “This danger didn’t start with Mr. Gibbs. By every measure, he’s the weaker candidate. Don’t take my word for it: The Cook Political Report says it’s far more likely the Democrats are going to win that seat now. That’s doing our job.”

In November, Maloney will face Republican state Assemblyman Mike Lawler in a district that has a slight Democratic lean, making it more of a tossup.

Wed Aug 24 , 2022
The murder of James “Whitey” Bulger was planned “as soon as” the notorious mobster had arrived at the prison in West Virginia where he was found beaten to death, a Justice Department prosecutor said. The plot started with a phone call to the mother of Sean McKinnon, one of the […]