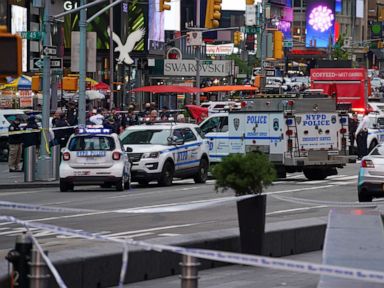 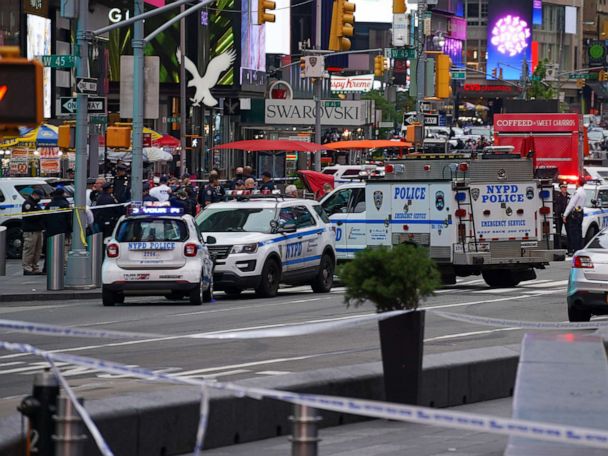 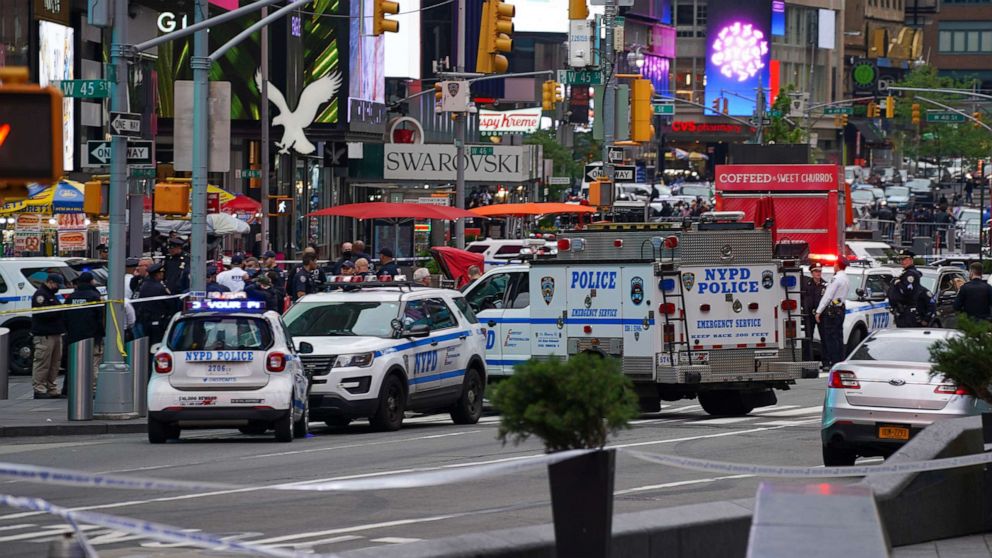 The 4-year-old girl was shot in the leg.

A quick-thinking NYPD officer responding to the shooting in Times Square wrapped a tourniquet around the tiny leg of a 4-year-old girl who was shot to stop her bleeding before instinctively sprinting through the area to a waiting ambulance.

“This little girl is the strongest person I have ever seen,” Officer Alyssa Vogel told “Good Morning America.” on Monday.

Arriving to the chaotic scene Saturday afternoon, Vogel pulled the tourniquet off her gun belt and “applied it to her leg, above the wound … we tightened it on her.”

“After that, Officer Sparta and I started searching her for other gunshot wounds, to make sure that was the only one,” Vogel said. “When it was determined that was the only one, I had an instinct to pick her up and run her to the ambulance down that block, and that’s when I sprinted with her.”

Vogel, who is a mother herself, said hearing a child had been shot “was definitely more nerve wracking because you don’t know where she was shot, or if it was true, if she was OK. I didn’t know the circumstances. so as a mom, I think my motherly instincts went to, ‘I need to help her.'”

“This little girl is the strongest person I have ever seen. For somebody who has just been shot, she was just standing there. obviously scared, but she wasn’t crying or anything,” Vogel said. “She only yelled when we were tightening the tourniquet, because that’s very painful, but she was very calm for somebody who was in a very traumatic situation.”

The child’s mother, father and aunt were all with her at the time of the shooting.

“Obviously they were very upset and traumatized by the whole situation,” Vogel said. “When we ran her to the ambulance the mother and the family were running right behind us, and the mother came on the ambulance with us.”

“I just wanted to get her to the hospital. During that time my partner had yelled there was an ambulance down the block. Through my mind, I was just, ‘she needs to get to the hospital.’ When there is a gunshot wound up on your thigh, there are arteries, and I didn’t know if an artery was hit or not, so I was just wanting to make sure she got to the hospital as soon as possible,” Vogel told “GMA.”

Vogel, who has been on the force for 4 1/2 years, comes from a family of cops but actually started as a teacher.

“As I was teaching in Brooklyn, I loved teaching, but its just not want I thought I wanted to do … I just knew I wanted to become a police officer to be able to help people in a different way,” she said.

Mon May 10 , 2021
The fatal shooting took place in broad daylight in Fayetteville, North Carolina. May 10, 2021, 4:20 PM • 3 min read Share to FacebookShare to TwitterEmail this article A Fort Bragg sergeant has been charged in the murder of another soldier stationed at the military installation. Sgt. Tiara Nicole Vinson, […]