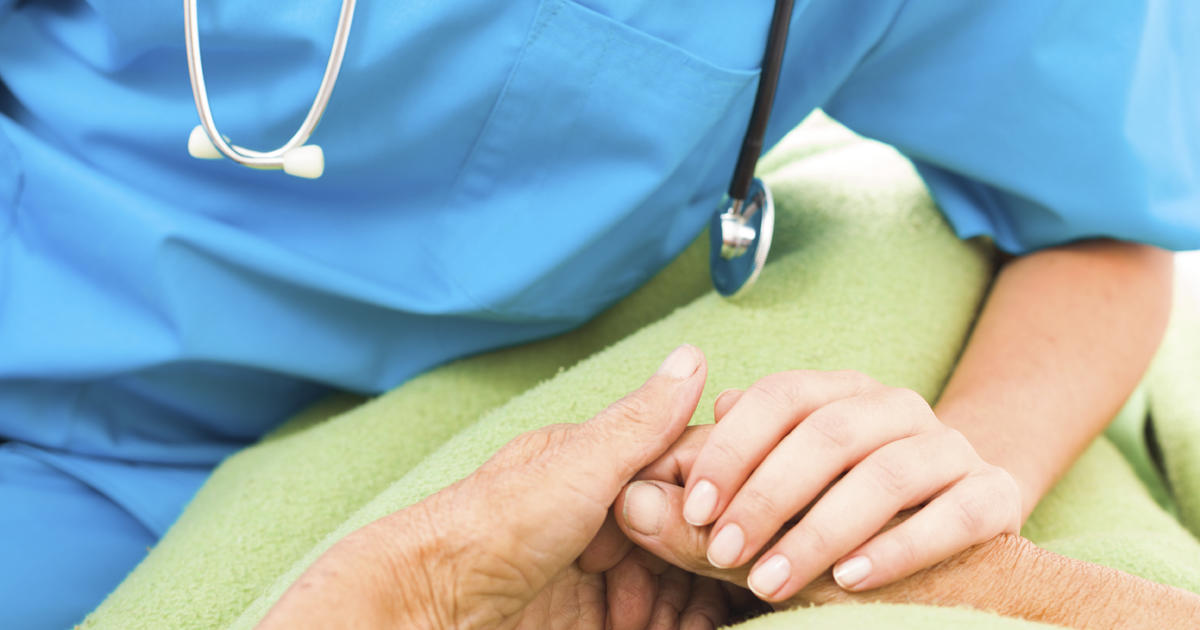 Michelle Bennett couldn’t be by her mother’s side as she was nearing the end of her life. Like many coronavirus patients around the world, her mother, Carolann Christine Gann, was isolated in a hospital room to avoid spreading the virus to others. But a nurse at the hospital in Washington state went out of her way to make sure Gann wasn’t alone and that family members had an opportunity to say goodbye.

Gann, who was 75 years old and had worked as a nurse for 38 years, had called her daughter Michelle a week earlier to say she was being tested for coronavirus, CBS Seattle affiliate KIRO reports. She was living at the Issaquah Nursing and Rehabilitation Center, had chronic obstructive pulmonary disease (COPD) and was in the early stages of congestive heart failure.

“She called and said it’s positive. And at that moment, it was like the world was a little crashing down,” Bennett told KIRO. “It’s hard to believe a week ago she was in her nursing home and now, seven days later, she’s dead. How does that even happen?”

As Gann’s condition declined, the staff at Swedish Issaquah hospital did everything they could to help.

“There were so many wonderful people who stepped up to us and said, ‘If this was my mom, this is what I would do,'” said Brandi Gordon Bennett, Michelle’s wife.

The family had to make some difficult decisions, but they knew Gann did not want to be intubated and that doctors did not think she was likely to recover.

A nurse helped Michelle and her family talk to her mom on the phone. “All of us on speaker phone are saying goodbye, which is a horrible thing. Kids are crying and saying goodbye on the landline on speakerphone,” she said.

“Her mom was pretty present. She could hear us and respond and tell the kids how proud she was of them,” Brandi added.

Later, the charge nurse called Bennett on FaceTime from her personal cell phone to let her know that her mom didn’t have much time left.

“So she suited up, put the phone to my mom’s face and I could tell by her breathing. I was able to say goodbye and tell her I love her,” said Bennett. The nurse held her mother’s hand and patted her head — offering the physical comfort her family couldn’t give.

She said she could see the nurse was crying through her mask as she took the phone back up.

Carolann Gann didn’t have an easy childhood; she was raised by her aunt and uncle after her father shot and killed her mother, Bennett said.

“With all that strength and legacy and she’s killed by the coronavirus in a week — the tragedy and irony is sickening. I hate coronavirus,” she said.

Bennett called the nurses on the front lines of this pandemic “heroes,” and said she’s thankful that her mom, who helped so many as a nurse herself, wasn’t alone.

“She helped so many people as a registered nurse on their way home, as they were dying. So to be on the other end of that and have registered nurses help her, it’s inspiring,” she said.