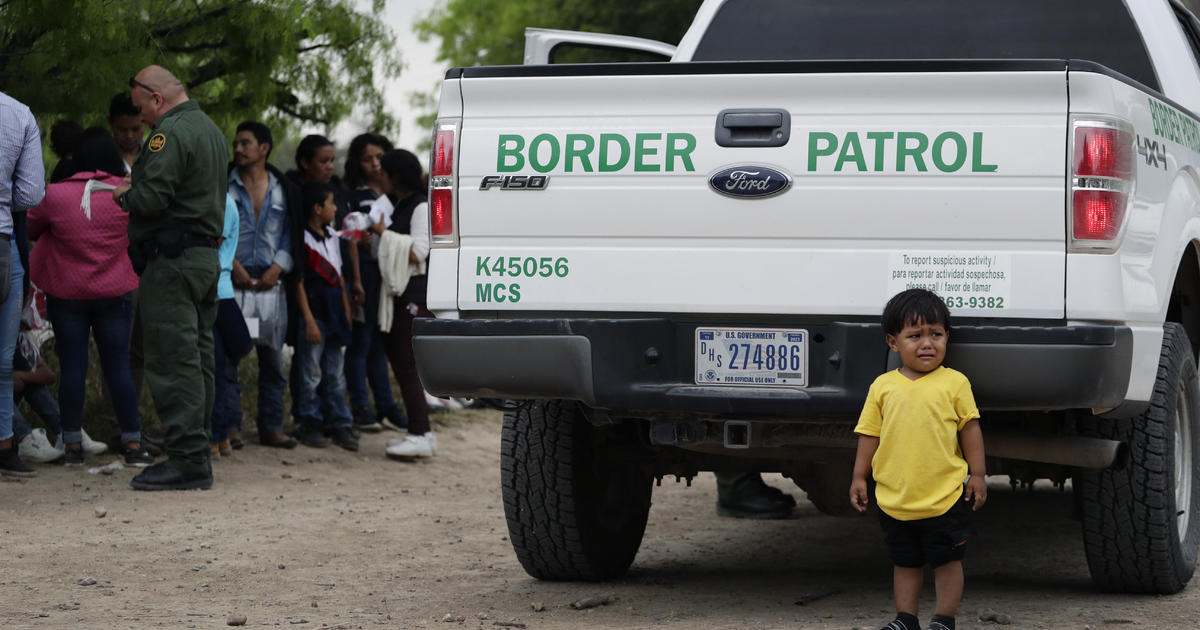 “We’ve arrived at the breaking point,” Brian Hastings, chief of law enforcement operations for U.S. Customs and Border Protection (CBP), told reporters Tuesday. About 92,000 of the 103,000 migrants were apprehended between ports of entry, while nearly 11,000 migrants who appeared at ports of entry to claim asylum were deemed “inadmissible” and turned back, according to CBP statistics.

With an average of 3,000 apprehensions per day in March, Hastings said immigration authorities are struggling to confront an “unprecedented humanitarian and border security crisis” near the southwestern border. In the previous month, the busiest February for border officials in the last 12 years, the government apprehended more than 76,000 migrants — including about 36,000 families — along the southern border. A senior Trump administration official told CBS News CBP is projecting approximately 150,000 apprehensions this month.

Hasting said another startling figure for his agency was the number of large migrant groups it has encountered. He said CBP recorded about 100 large groups, which the agency defines as groups of more than 100 migrants, in March.

The steady flow of Central American families journeying to the southern border in recent months has angered President Trump and his senior adviser Stephen Miller, another immigration hardliner — and prompted them to undertake a “tougher” approach on immigration in recent days.

The major overhaul spearheaded by Miller has led to the resignation of Department of Homeland Security (DHS) Secretary Nielsen Kirstjen, as well as a purge of the agency’s leadership. Last week, the White House announced it was withdrawing the nomination of Ronald Vitiello to lead Immigration and Customs Enforcement (ICE), reportedly at Miller’s request.

Although the president denied he was looking to reinstate the “zero tolerance” policy Tuesday, administration officials have told CBS News some in his circle have been pressing for a revival of the practice, which led to the separation of more than 2,600 migrant children from their families near the southern border. At a committee hearing Tuesday, a top Department of Health and Human Services (HHS) official urged Congress to act and limit the government’s authority to separate migrant families.

Hastings added the majority of the migrants apprehended were from Guatemala, El Salvador and Honduras, collectively known as the “Northern Triangle.” He said people in the region were encouraged to migrate through word-of-mouth conversations and social media posts. After berating the governments of these Central American nations for not preventing their citizens from leaving, Mr. Trump announced late last month he was suspending all U.S. foreign aid to Central America.

Democrats and U.S.-financed non-governmental organizations (NGOs) working in Central America believe the aid cut will backfire by prompting more migration and penalizing poor and working-class people for the failures of their governments, which has been plagued by corruption for decades. U.S.-backed aid groups have been working to curb the main problems driving large-scale migration from the region, including widespread crime and gang violence, deep-rooted inequality and mass displacement stemming from climate change.

Paula Reid contributed to this report.

Editor’s note: Due to an editing error, a previous headline on this story incorrectly stated the number of apprehensions in March was 103,000.

Tue Apr 9 , 2019
House Democrats will not move forward with a planned budget vote as two flanks of the party rebel. The chamber will not vote this week on a measure to raise spending limits for the next two years, House Budget Committee Chairman Rep. John Yarmuth, D-Ky., said Tuesday. The bill, which […]